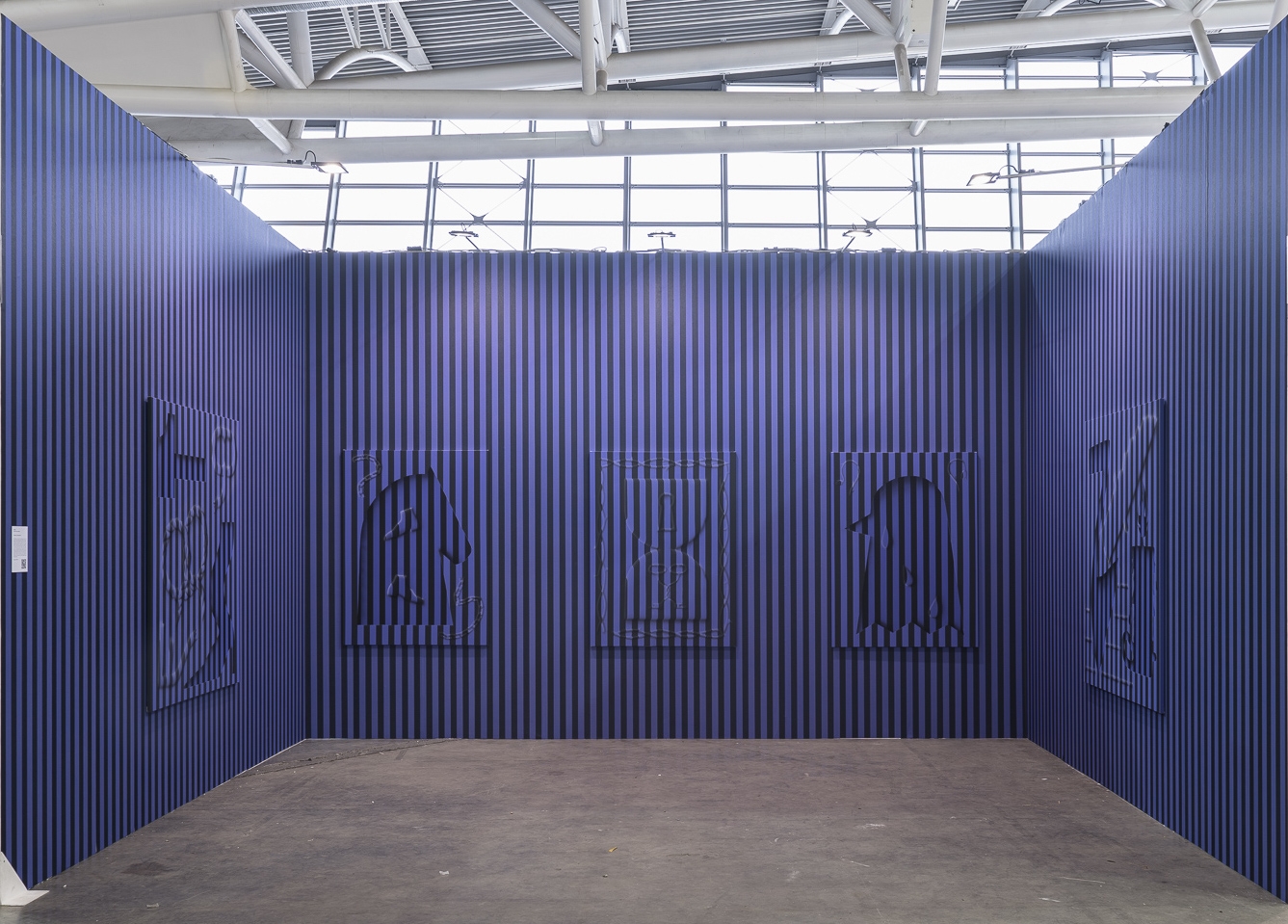 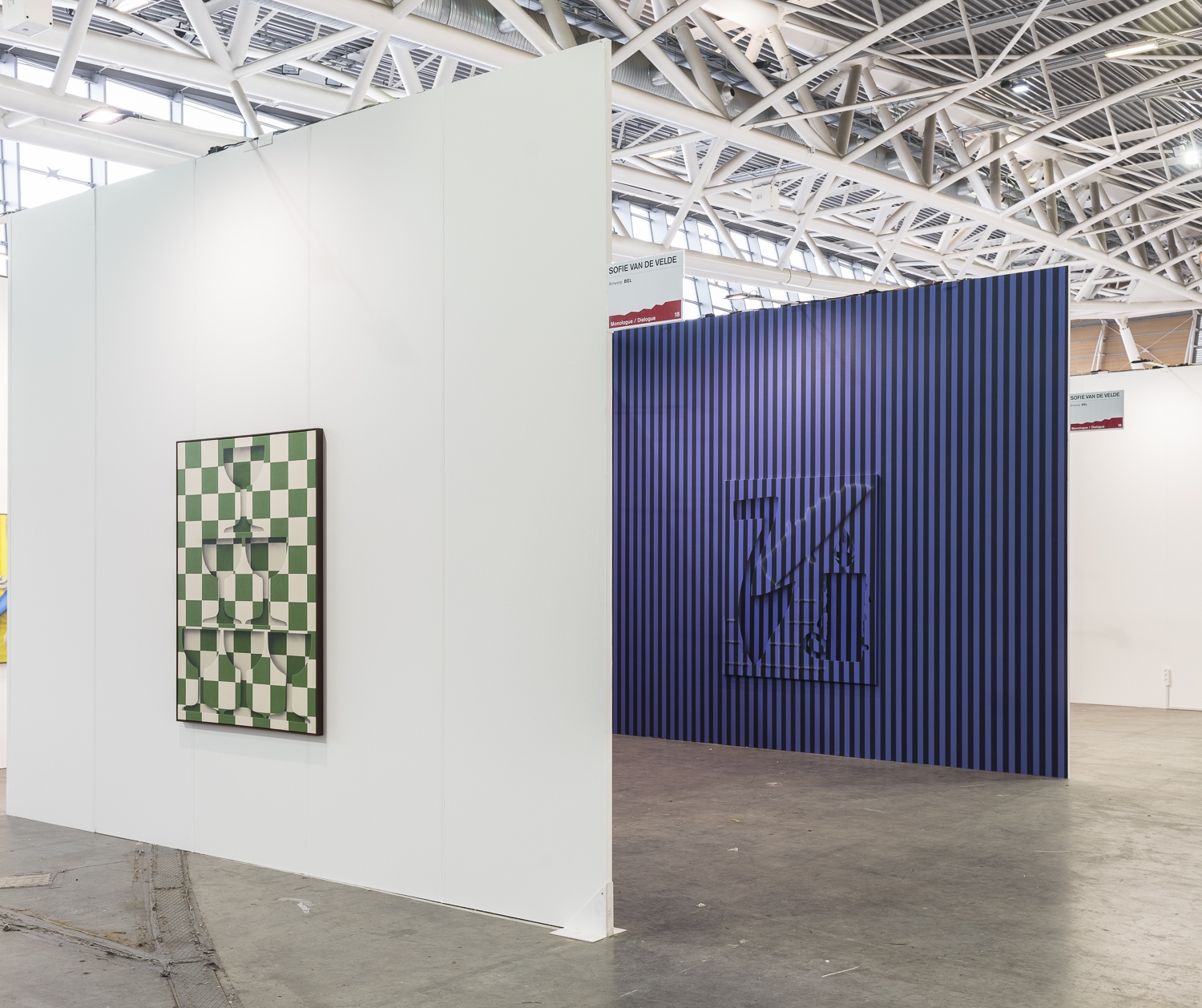 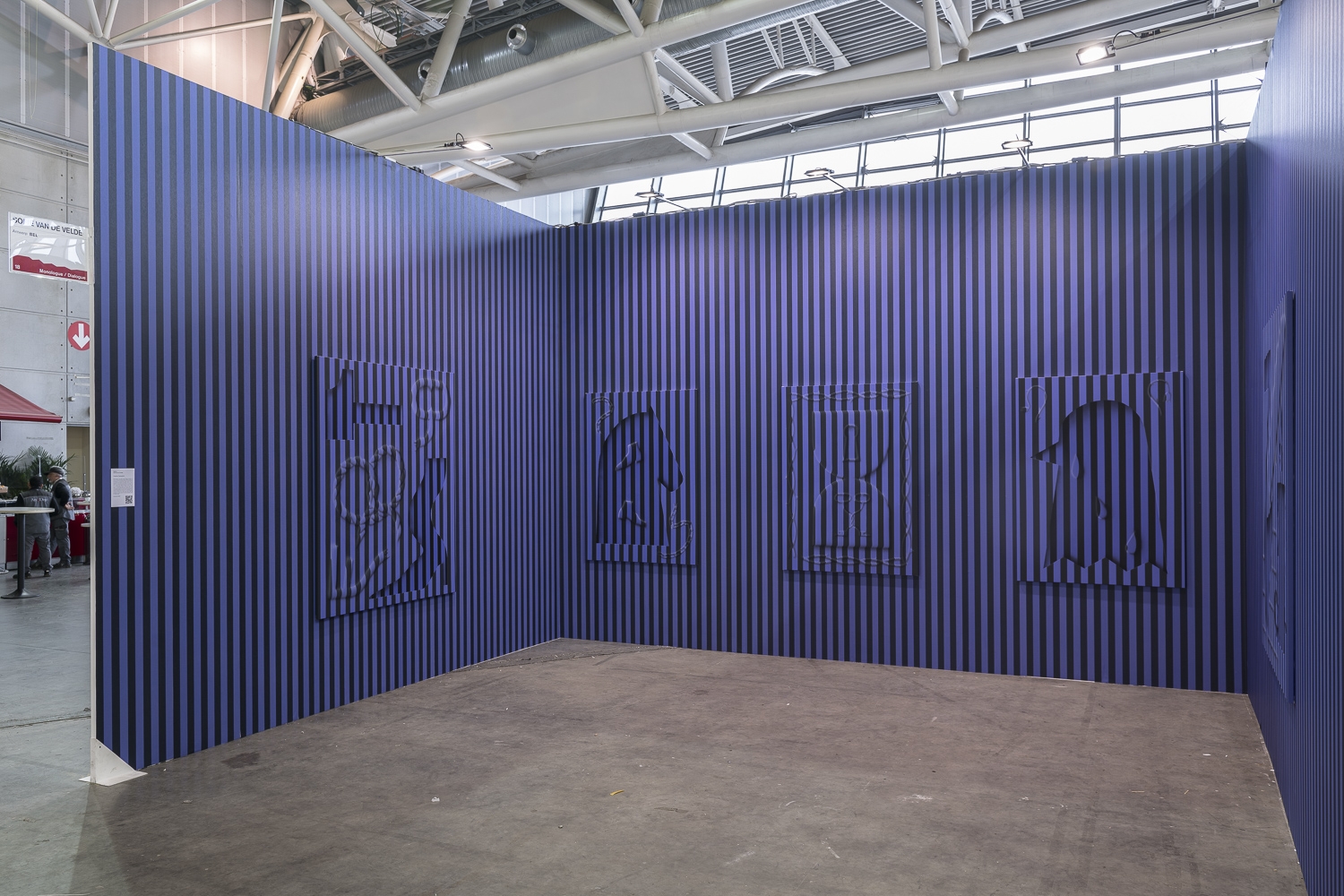 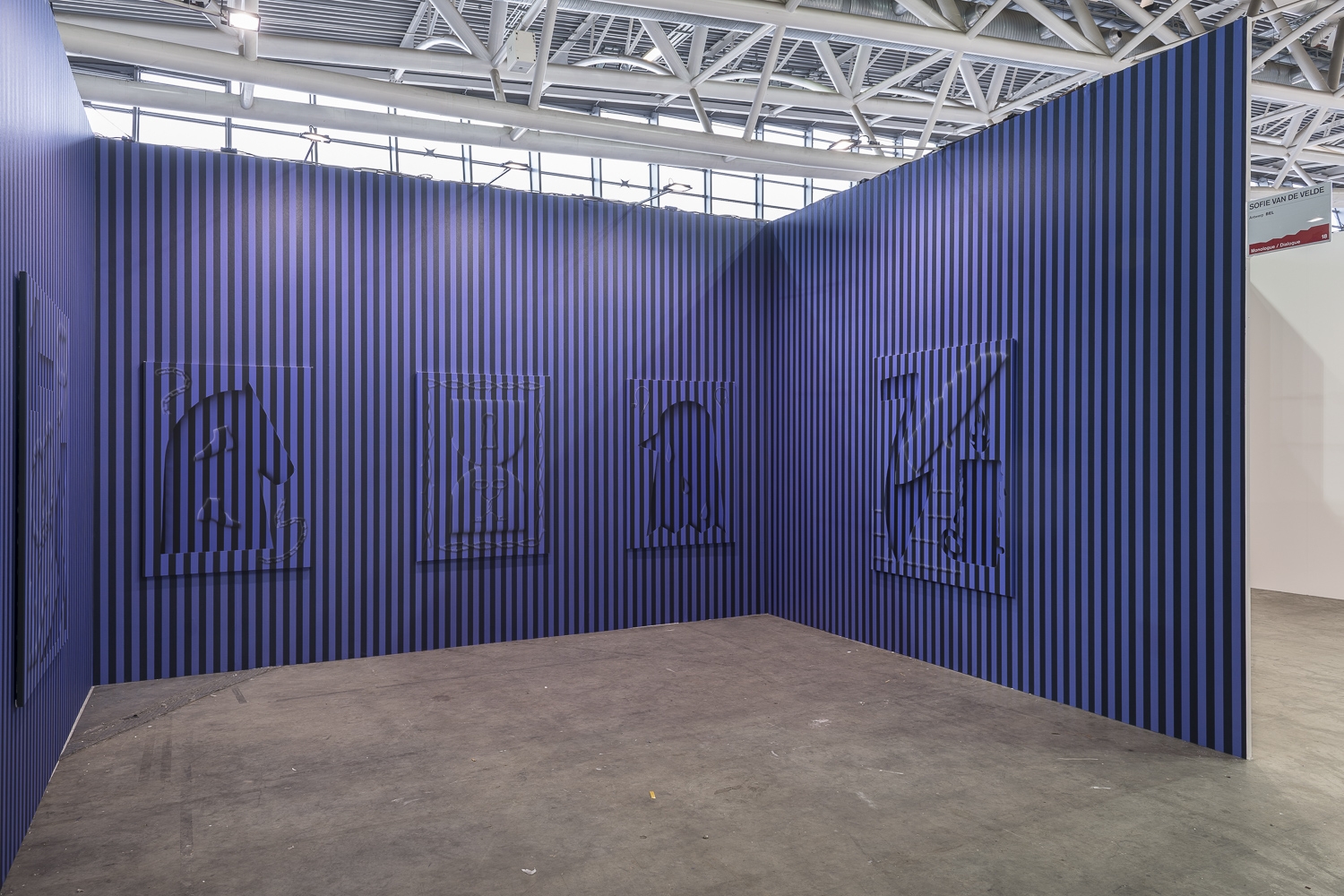 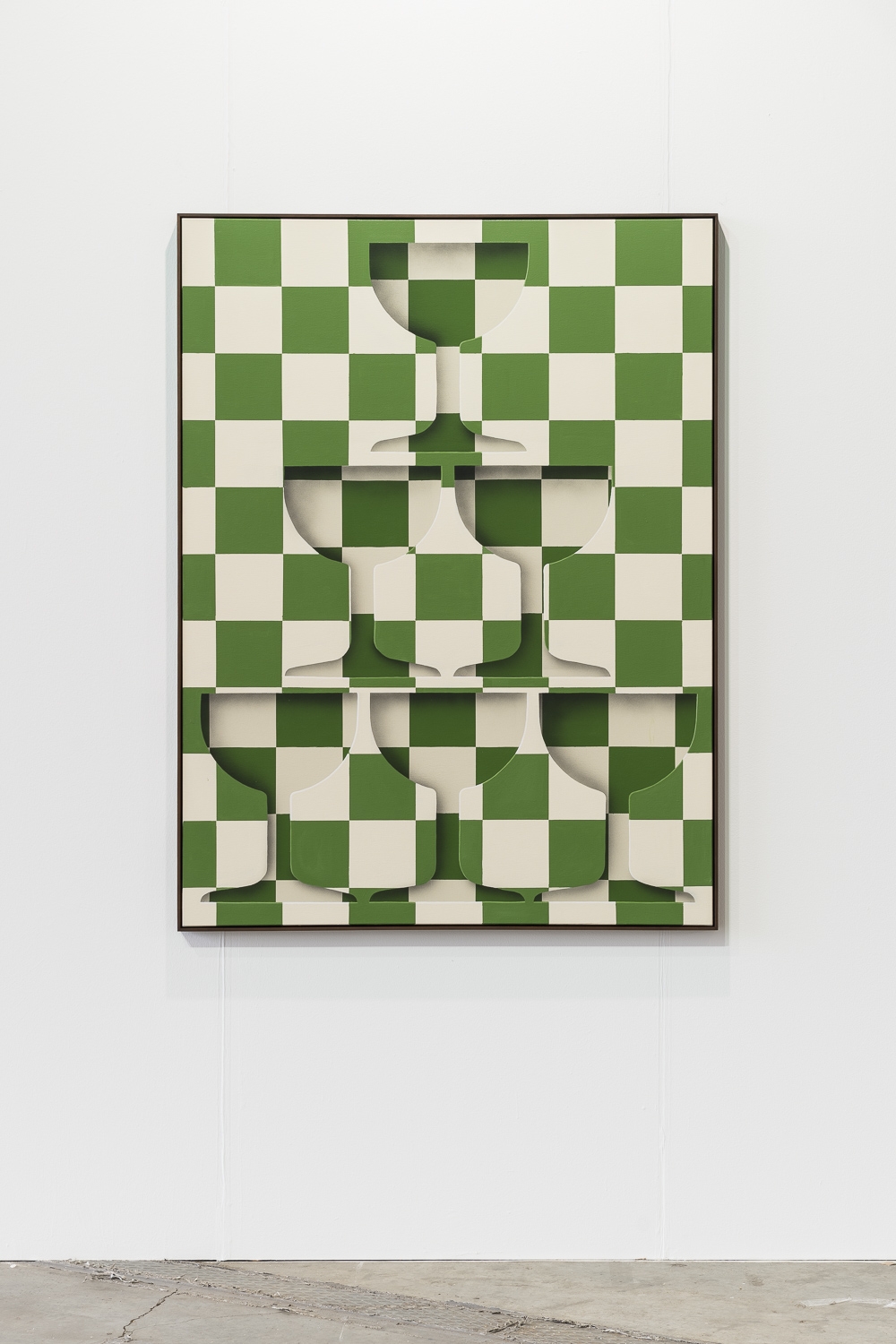 While painting in the wake of the Brussels surrealists the work of Charline Tyberghein (Antwerp, °1993) is visually very pleasing, but there is an edge. She strives to tilt this aesthetic by confusing her paintings with common themes. They are populated by daily objects and symbols. There is a striking simplicity in these figures, most of which are set against (or seem to float above) simple backgrounds. Faces that wink at us, balloons that double as nooses, dancing candles: there is a simultaneous gravity and levity in each of the images. They are equally informed by traditional folk motifs as by digital logotypes. This anachronism and simultaneous contemporaneity befit this artist and her immediate context: rooted in Antwerp with its history of art and iconography to which the word “rich” barely does justice, while also connected via social media to a world of speedily shared, flat, digital images. 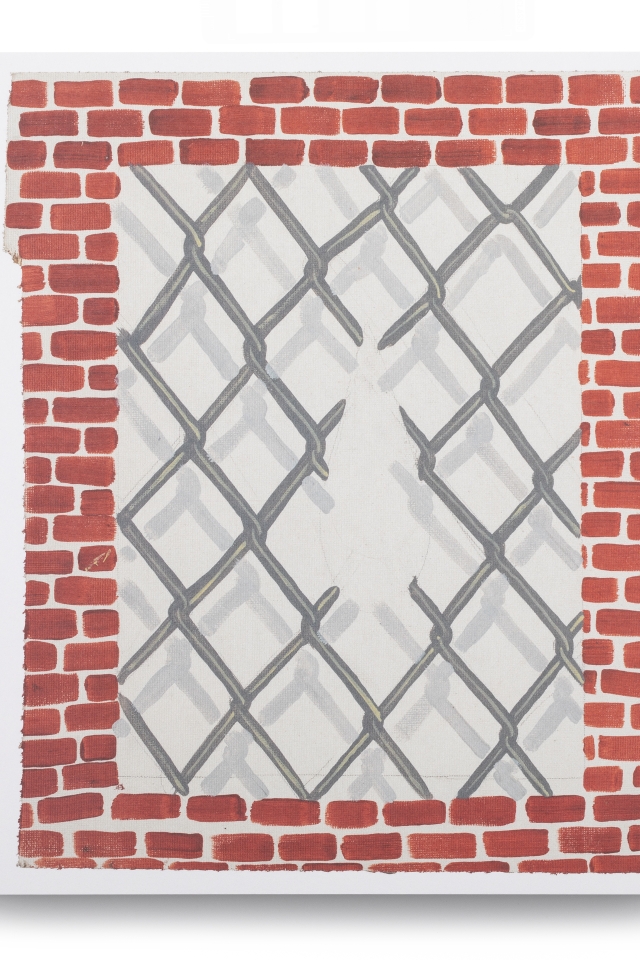