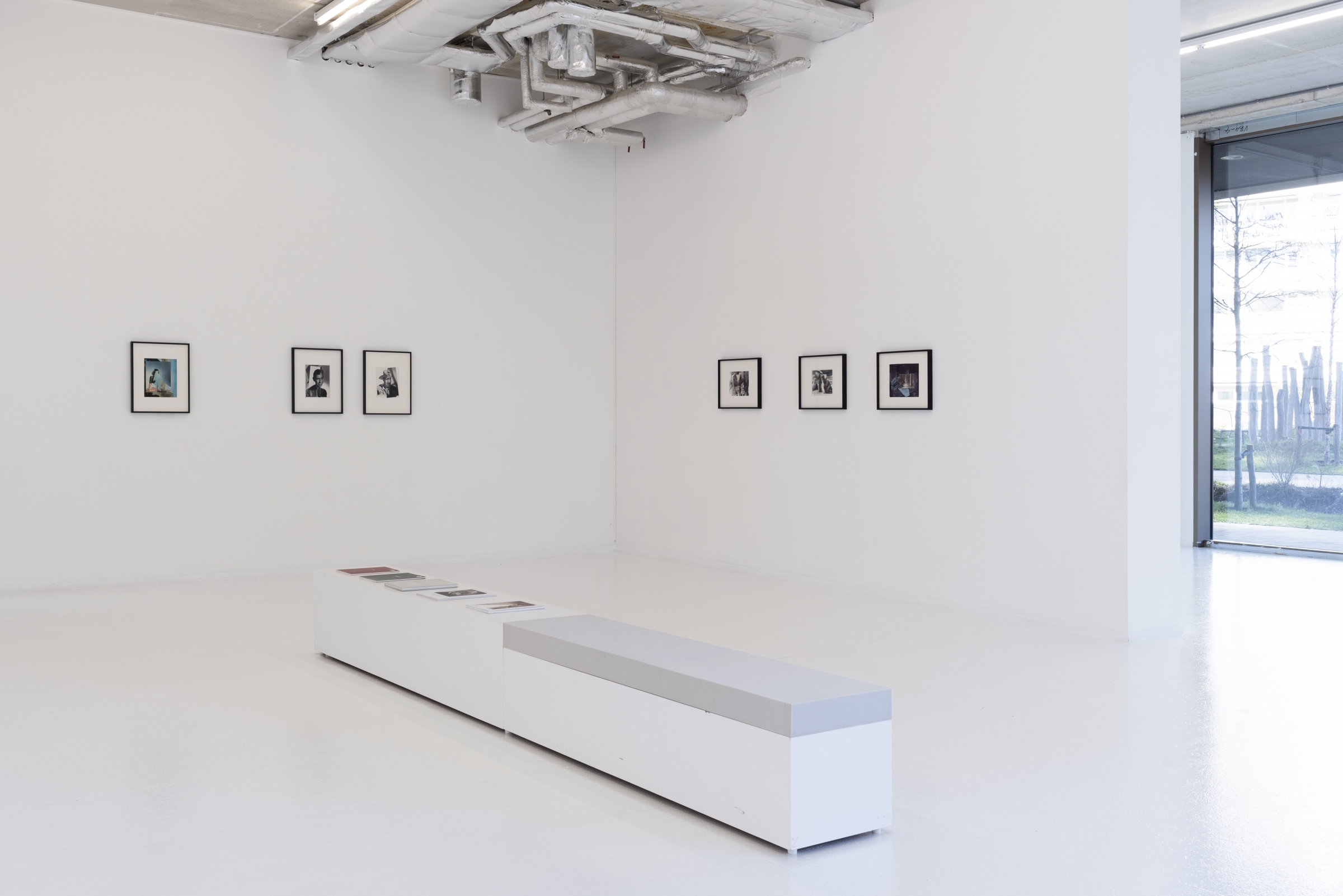 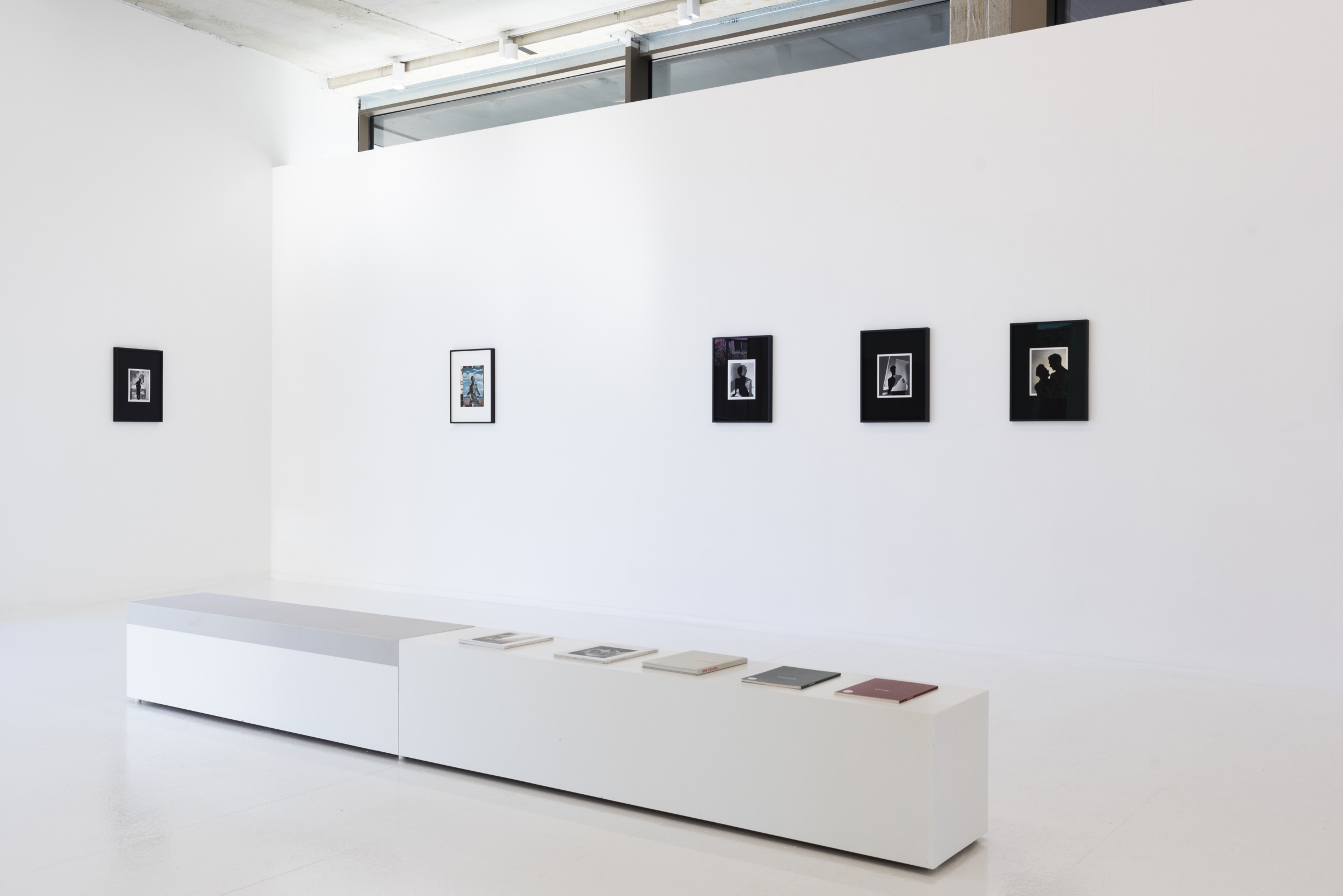 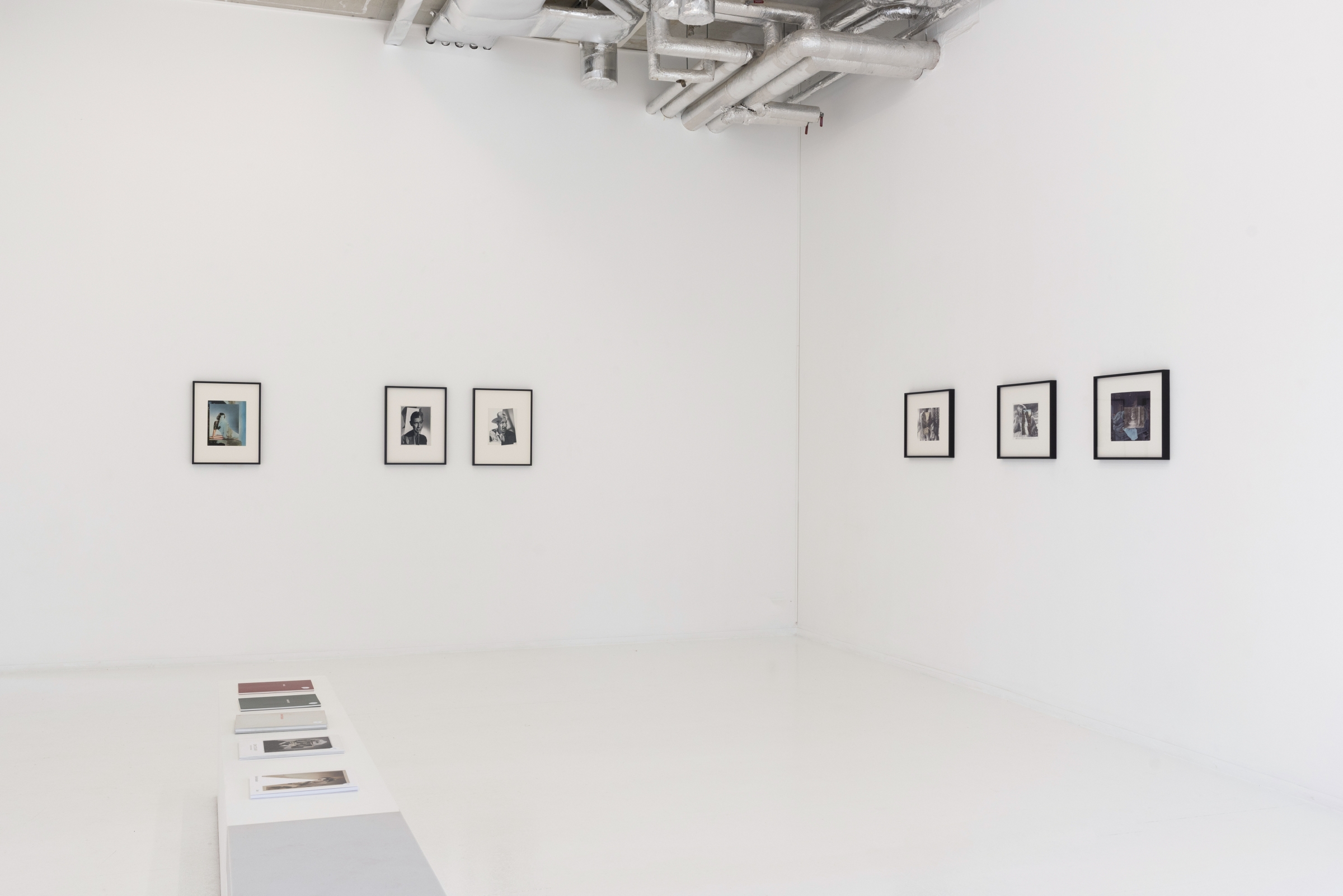 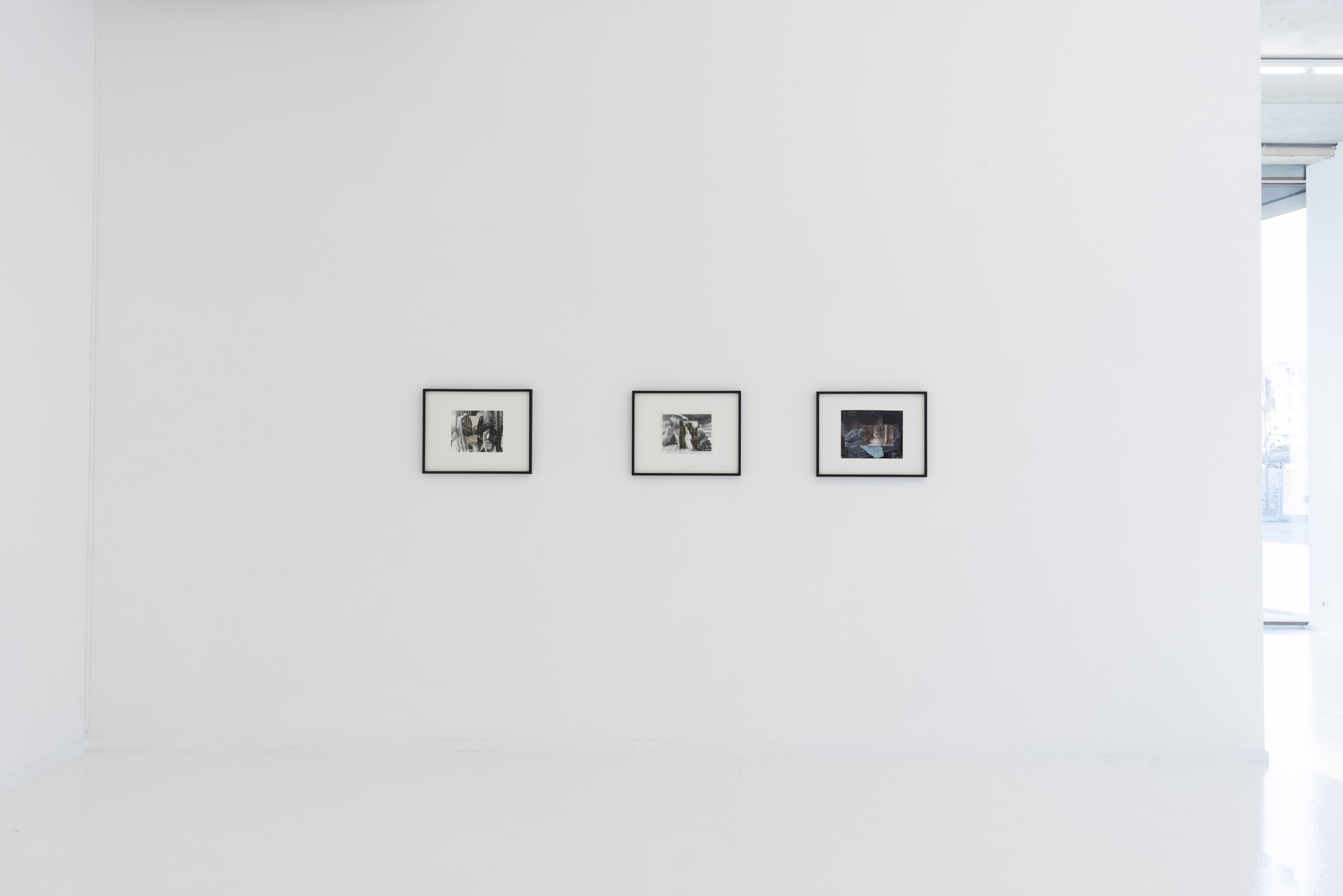 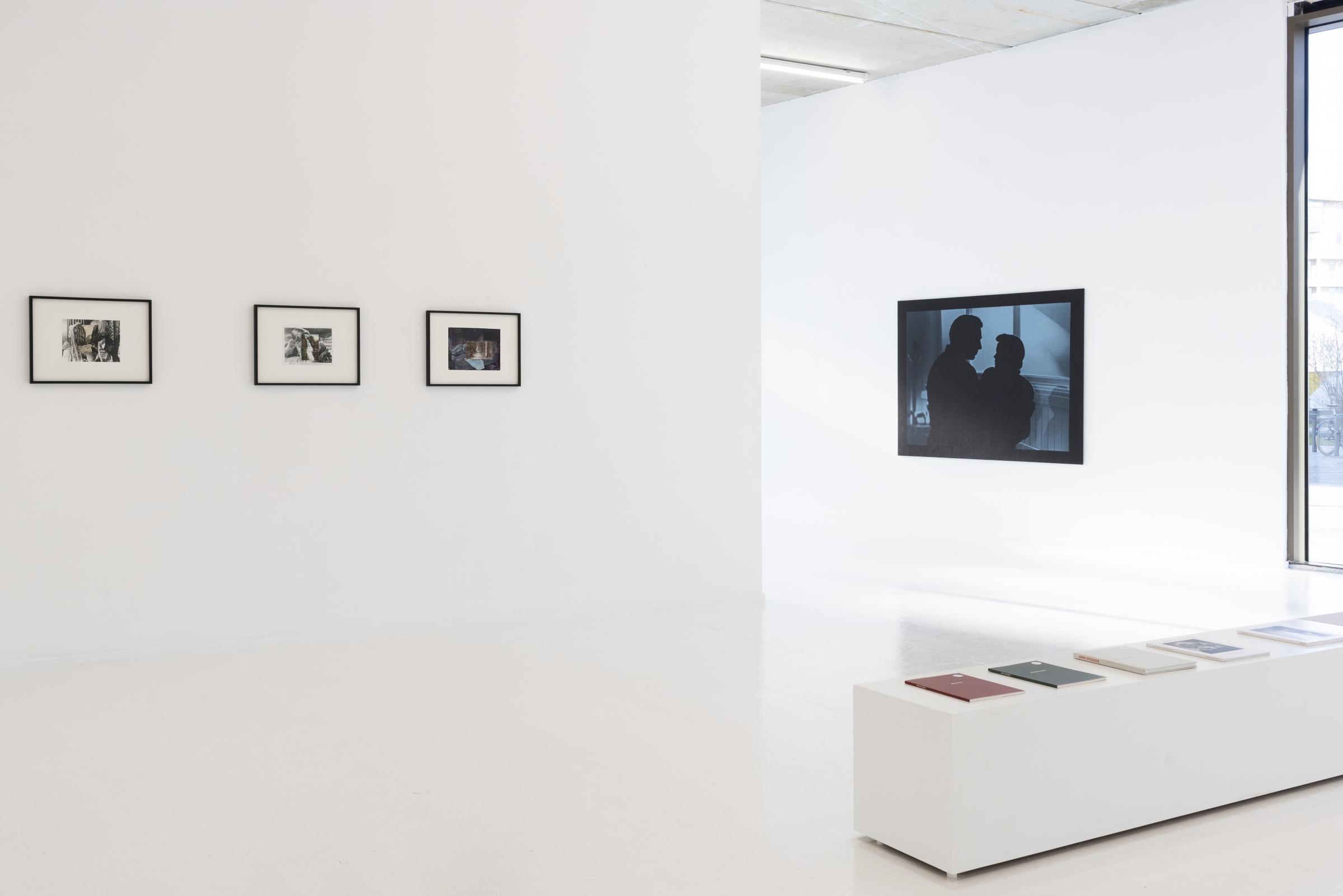 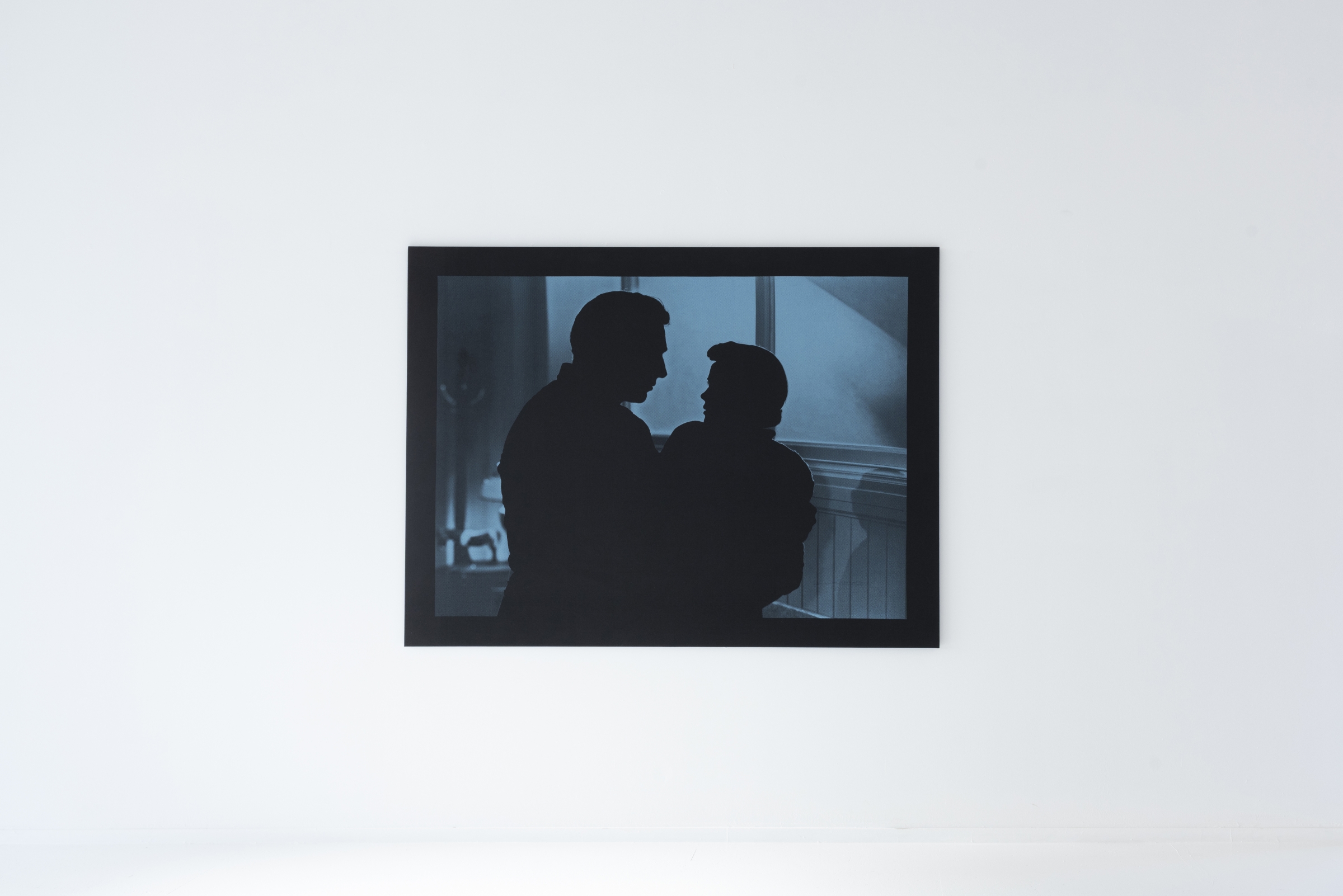 The Double Shadow collages are the latest in a series of collages involving silhouette cut-outs which began in the late 1970s. Cut from cinema annuals of the 1940s and 50s, the inspiration for the Double Shadows comes from much earlier - the magic illusionistic effects of early cinema and from the literature of that time, uncanny tales involving shadows taking on a life of their own and worlds where images overtake reality in one way or another, such as Peter Schlemihl's Miraculous Story and The Student of Prague. Stezakers interest in turn of the century illustrated children’s book, particularly the use of silhouette to bring out dark undercurrents in the illustration of fairy tales.

Combining the penumbrae of male and female backgrounds creates a third darker shadow between. These often hermaphroditic figures sometimes take on the elongated or exaggerated contours of shadow puppets.

Much of the work is about doubling or paring, often combining male and female. Bringing them into the same space is about creating an impossible fusion. The kiss, almost the image of cinema itself, is the promise of a kind of consummation of the imagination in the cinematic image. Cinema’s promise is of escape into the image. But what comes with it is the nightmare of it becoming a primary reality.

In lockdown this otherworld of the media image is our only escape and perhaps, in this context, in which we are deprived of human contact, we are becoming more than ever open to an awareness of the uncanny dimension to our full integration into the circuit of communication and these early turn of the century nightmares threaten to become our contemporary reality.