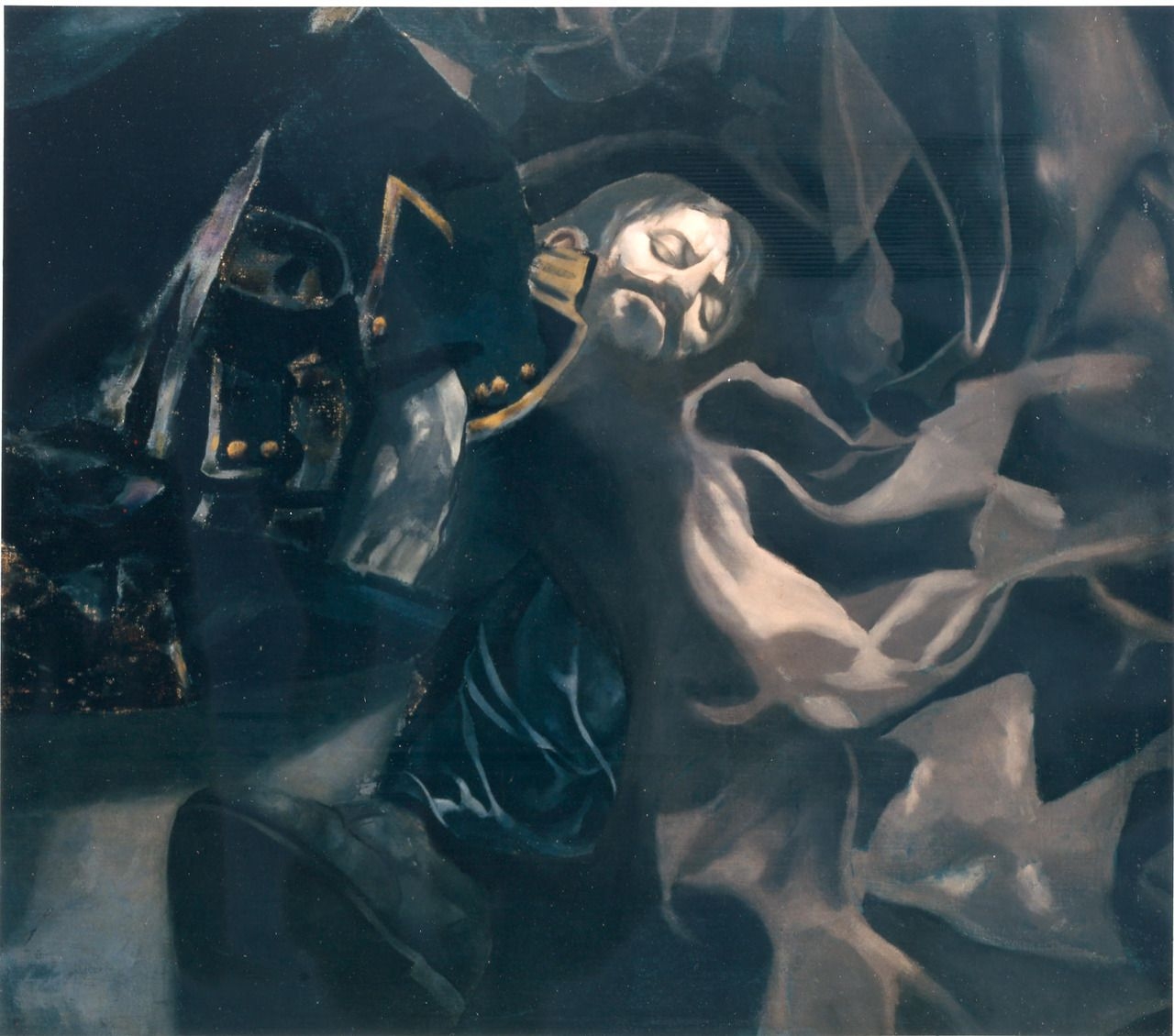 Welcome to the Artist’s gaze. We are all confined to our homes, let’s get closer by reflecting about the theme of hope. We have asked our artists which work of art they would like to visit right now: Bendt Eyckermans (°1994) “I find it impossible to select only one painting that I would like to visit now, as there are so many to choose from. A simpler question might be to choose a museum room which I could visit anywhere on earth. But again, that would still be impossible. There are still so many things that I would like to visit or see again. I finally filtered my selection down to one painting. One of which I hope to see it in real life one day, the painting ‘Shiloh’ from Edwin Dickinson. I discovered this painter on an endless search on the internet. The first work that I saw from his hand was ‘Composition with still life’. The work really appealed to me because at first sight I did not immediately understand what I was looking at. I find the work very mystical, and the painterly technique intriguing. It lured me to delve into Dickinson's oeuvre. The selected painting ‘Shiloh’ deals with the subject of death, which I find very alluring. The artist has portrayed himself as a fallen soldier at the Battle of Shiloh, and thus confronted himself with his own mortality. There are no visible injuries, but the foot next to the soldier suggests there might be other victims as well. Or is it the foot of the soldier? It is quite possible that he braved his death in a skirmish or as a warrior on the battlefield. Or was he, like you and me right now, threatened by something we cannot perceive with the naked eye? He could be heavily weakened by bitter and unhealthy living conditions and finally be affected by a virus contracted in a crowded military camp*” Shiloh by Edwin Dickinson. On display at the Nelson-Atkins Museum of Art, Kansas City. * Eg: The Spanish flu came from military training camps from the United States, the virus was transferred to Europe with infected soldiers who would fight in the first world war.