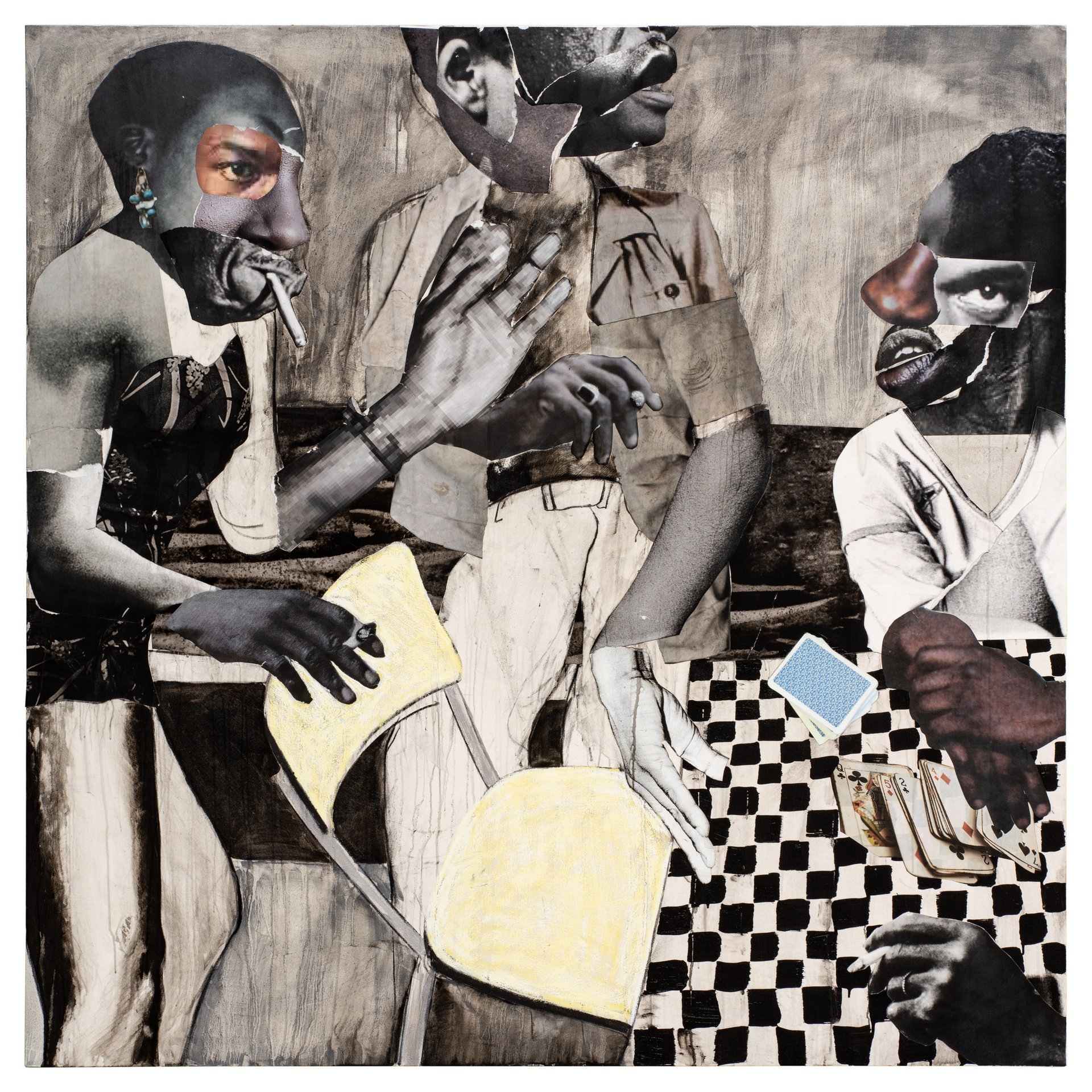 Last year the tenth ABN AMRO Art Award was granted to Neo Matloga. As part of this prize, his exhibition, along came your eyes, has opened at the Hermitage Amsterdam. For this solo show Matloga produced a series of seven new works.

Using photographs, ink, and charcoal, Matloga creates 'collage-paintings' that open a window onto the world that surrounded him in South Africa. Each painting is titled in the artist’s native language, a proud nod to his home province, Limpopo. The paintings serve as a recollection of scenes from his past. They are filled with emotions, coupled with imagined realities that blend the absurd and the surreal in an exchange of passion, conflict, and joy.

In his new body of work, Matloga’s characters are seen lounging at the beach, in an intimate embrace in a swimming pool, or sharing a moment at a café. The characters look directly at the viewer, but their heads are consistently shown in profile, in what could be seen as a cue to racial profiling. In this way, Matloga takes the gaze of his characters ‒ and the viewer ‒ far beyond the canvas. The title of the exhibition, along came your eyes, echoes this poetic push and pull of the gaze.

Matloga is known for his rendering of Black joy, the everyday moments among Black people that are rarely shown in art and in the media. These seemingly mundane scenes are layered with sociopolitical undertones that allude to the many ways Blackness is seen and represented. However, a clear-cut message is nowhere to be found; the strength of Matloga's work lies in this open-ended nature of his collage-paintings. Matloga calls them “ugly-beautiful paintings”. Beauty and distortion, at first seemingly conflicting forces, reach an unexpected balance.