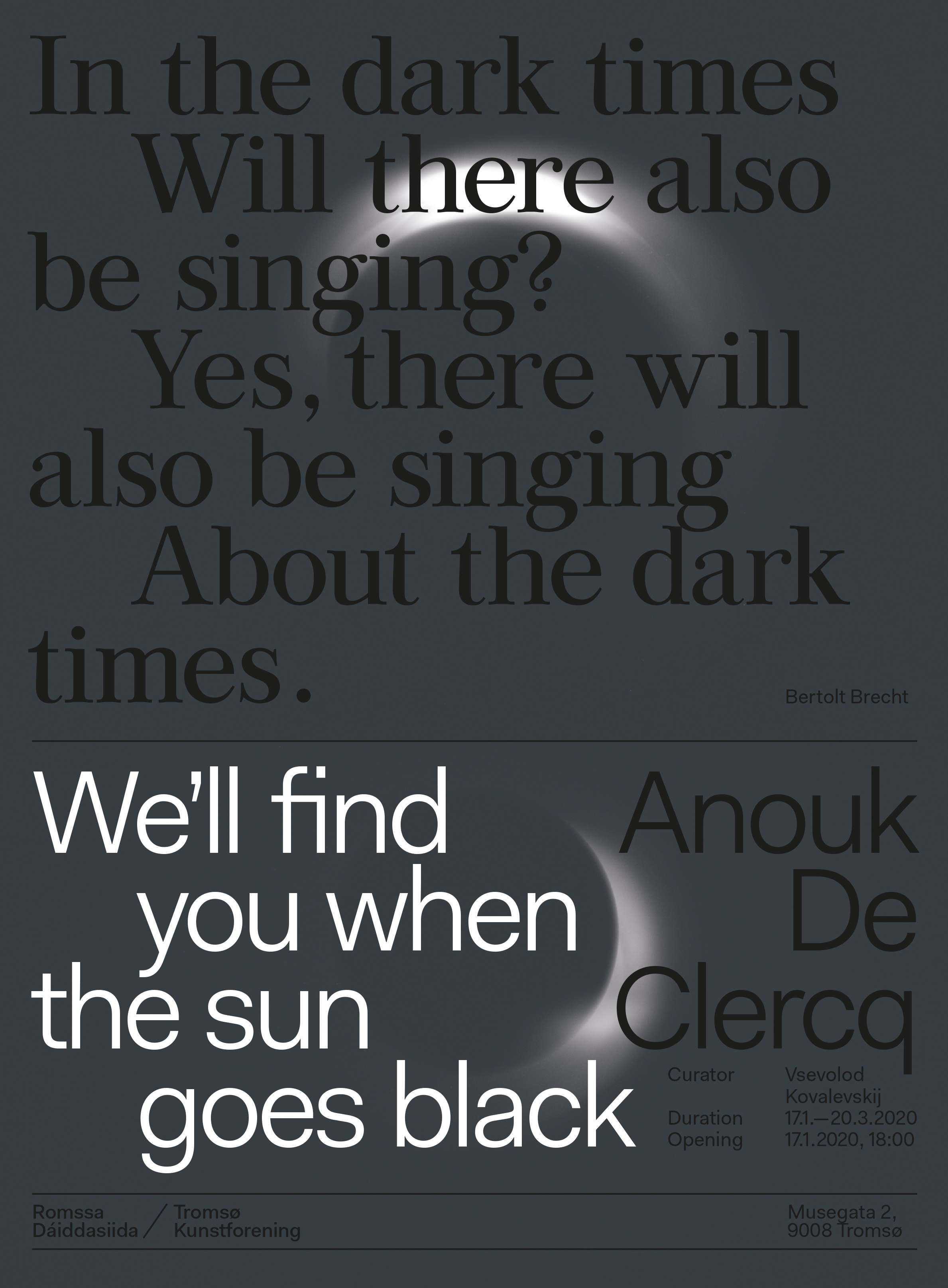 Video, 16:9, loop Inspired by the 'tarella', a small magnetised model ball representing the Earth, used by scientists to investigate the aurora until the late 20th century, and by a Bertolt Brecht poem, written in exile in the 1930s: "In the dark times/ Will there also be singing? Yes, there will also be singing / About the dark times."