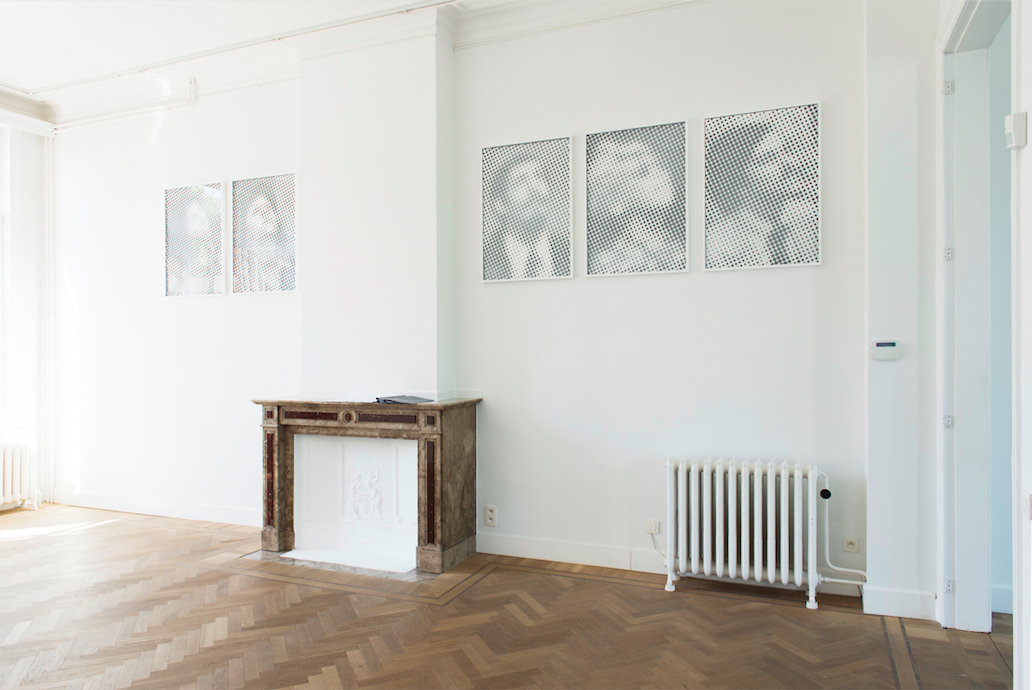 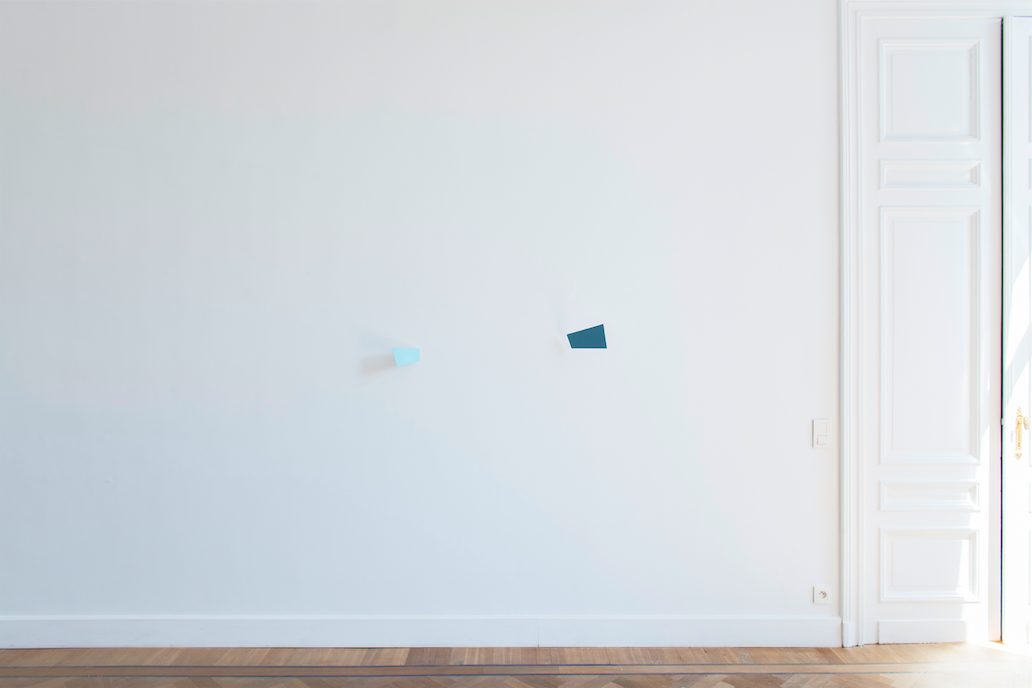 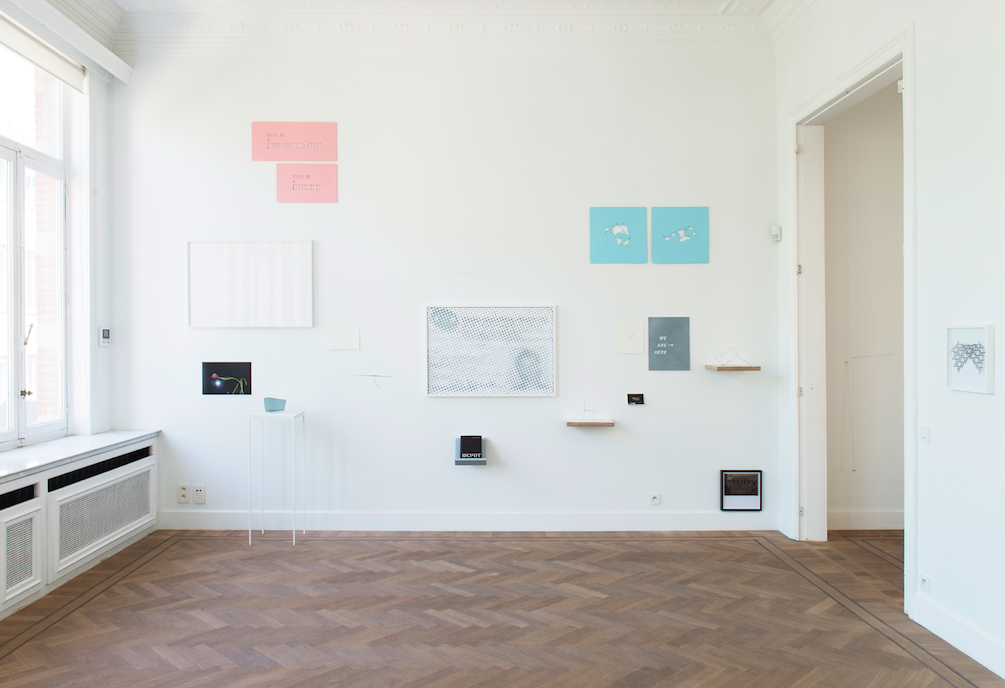 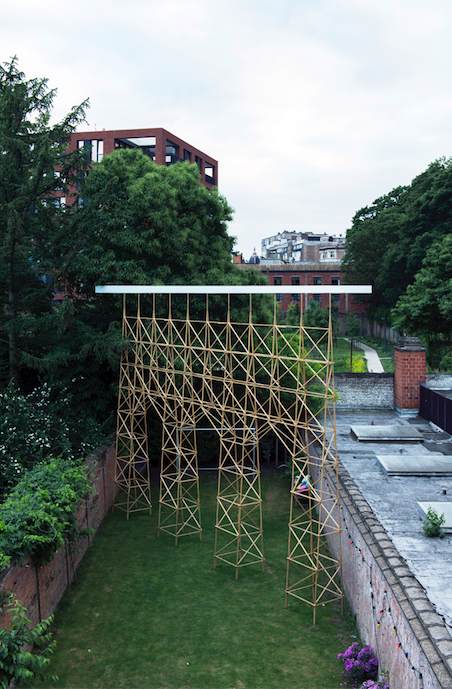 The observation of the spectator solidifies in Zwischenebenen. The title is a reference to an intermediary space, a transitional level, in which artists like Frederic Geurts (BE, °1965) and Reinhard Doubrawa (DE, °1963) sow doubt – What are we actually looking at? How does our observation process develop and how reliable is it? There is no one definitive answer to this question. Instead, our interpretation of what we perceive is defined by the surrounding context. Ambiguity and multiple layers are thus the defining characteristics of this exhibition; the works are situated in a self-fashionedlevel between a factual and a symbolic reality. The works of Frederic Geurts forge a fragile but fearless connection with their environment. His vulnerable, small sculptures in galvanised steel wire and plaster play games with the viewer's perception. By subtly demarcating their own space and this way selecting or emphasising a part of their context, they question the 'white cube' that is their environment. The neutral gallery space typically takes artworks out of their context, whether a workshop or the outside world. In this case, however, it places them in a new, generous context that does the sculptures full justice and allows them to enter into a meaningful dialogue with other images and interventions in the same space. Reinhard Doubrawa also intervenes in the spectator's perception. The artist takes small, seemingly banal elements out of their day-to-day reality, out of their factual context and arranges them in a new space as photos, where they are emphasised and thus called into question. Doubrawa discards static definitions and also lets his works call themselves into question. “This is an option” or “This is a guess”: everything you see inside the gallery space in the context of the exhibition is uncertain. Every one of Doubrawa's images is a door that opens onto reflection and meaning. He doesn't impose anything onto his images; he gives the thoughts of the spectator free reign. A towering sculpture by Frederic Geurts that can only be approached from the balcony is in the garden of Gallery Sofie Van de Velde. Horizon encapsulates the concept of the exhibition: the white line appears to run parallel to the horizon. Still, something is off. The line is a little bit slanted, which causes different viewpoints to produce different perspectives. The longer you look at them, the more your view naturally adjusts. Factual observation is intrinsically called into question. This is also the case in the perforated portraits of Reinhard Doubrawa, which tower over the viewer and this way mark a departure from the traditional viewing lines of an exhibition. The perforations moreover render the perception uncertain; the image blurs, portraits become vaguely human forms. By opting for a design that was inspired by Parisian salons, Zwischenebenen challenges the modern-day conventions of exhibition spaces: few works are hung at eye-level, which pushes the viewer to engage with them differently and to become aware of the stereotypes invalidated. Zwischenebenen is a comprehensive concept in which the relations between space and artwork, between artist and viewer are challenged, and exhibition conventions are invalidated. Frederic Geurts and Reinhard Doubrawa play games with perception, lines and the dialogue between their respective oeuvres. They create an 'intermediary space' in which the process of observation and production of meaning is slowed down and questioned. The spectator is not only invited to watch but also to participate, to experience the exhibition and to take this experience with them after they have left the gallery space.