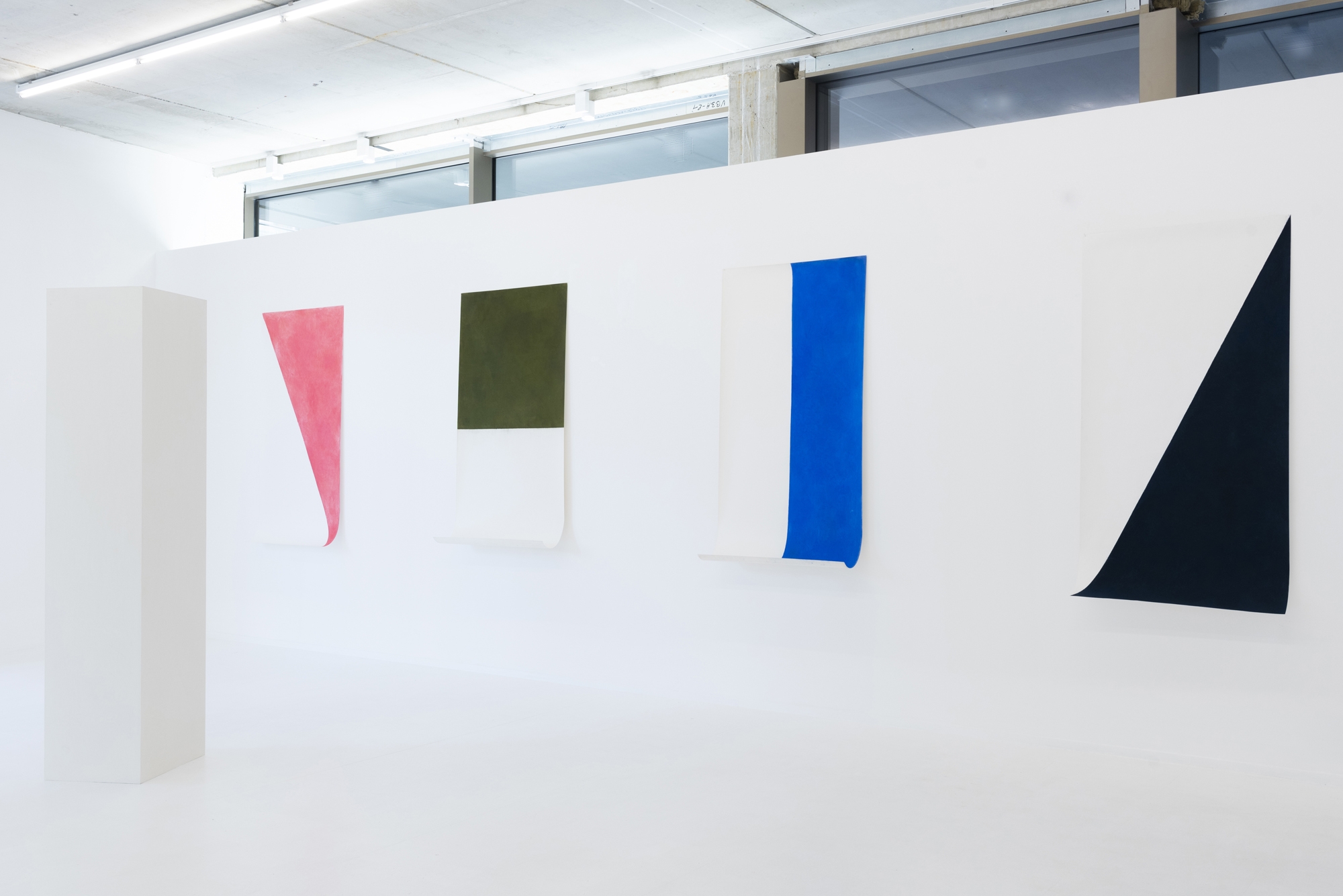 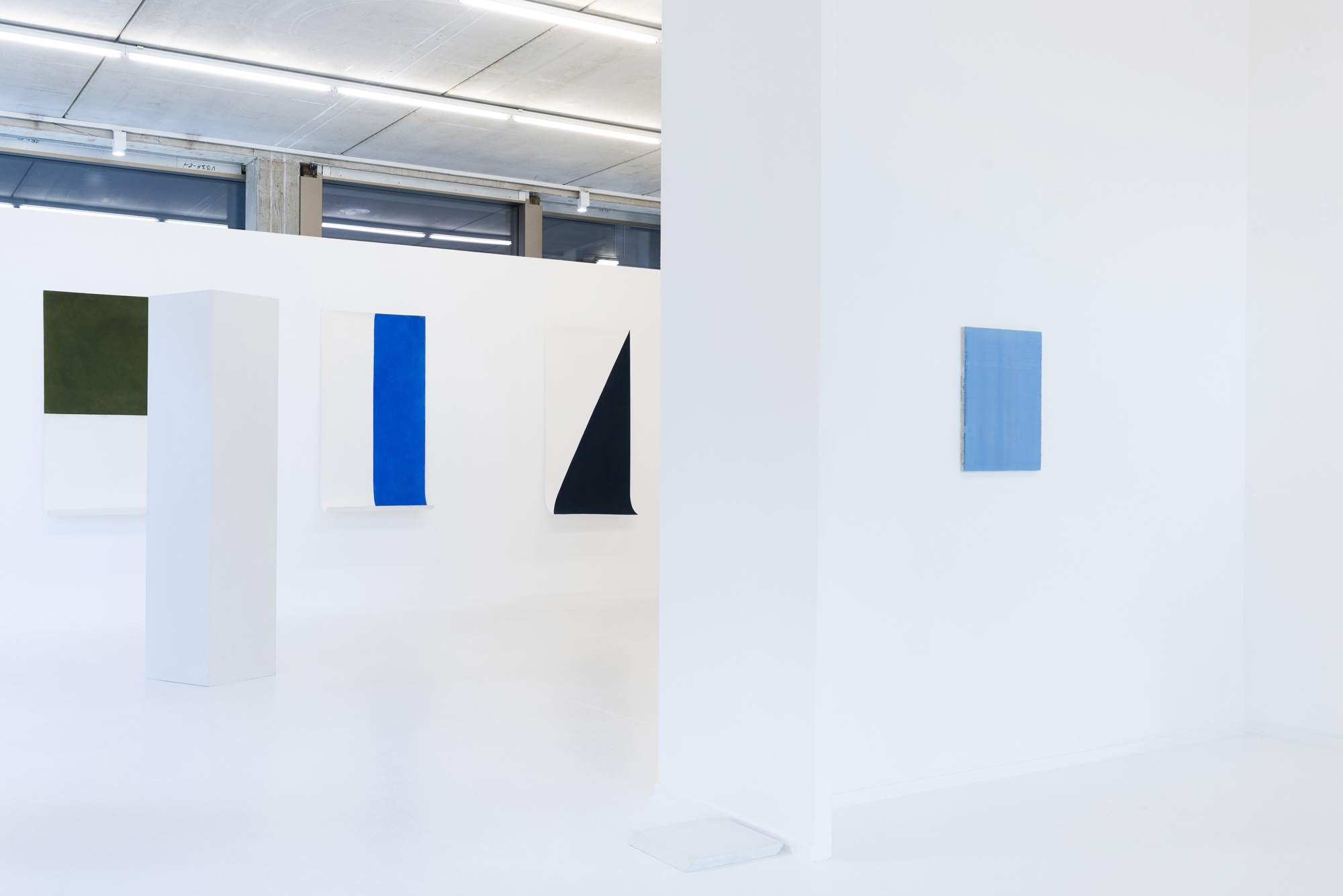 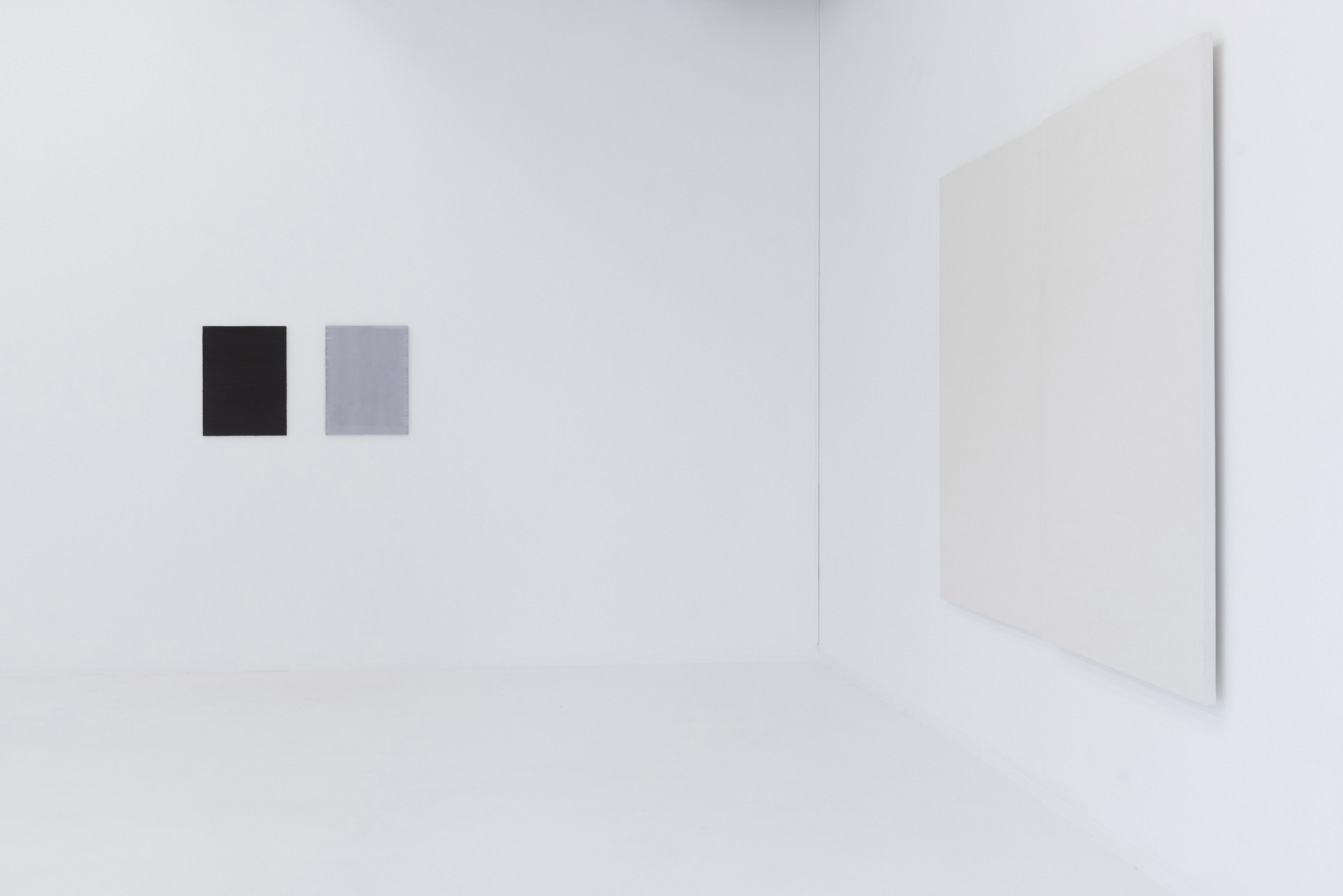 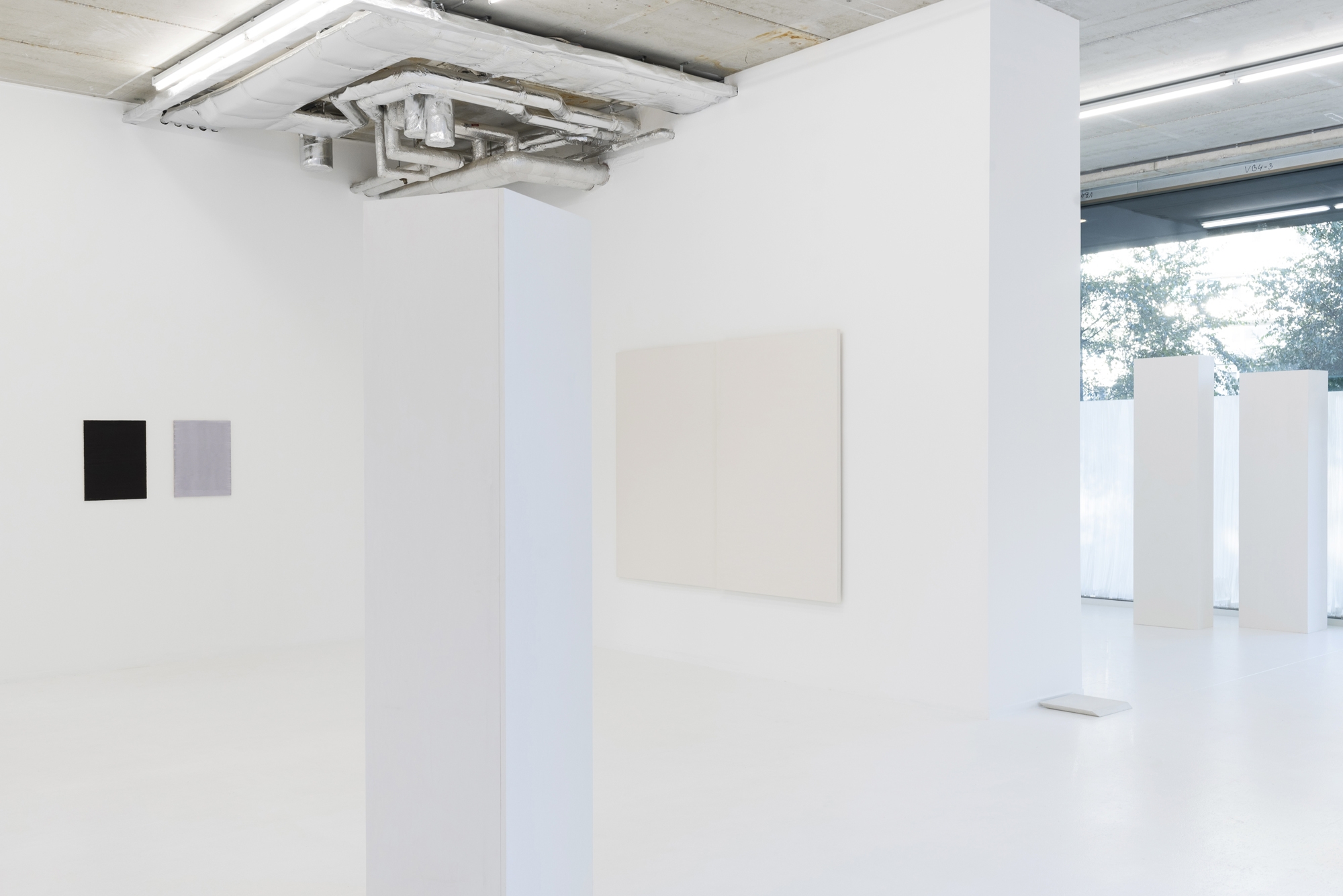 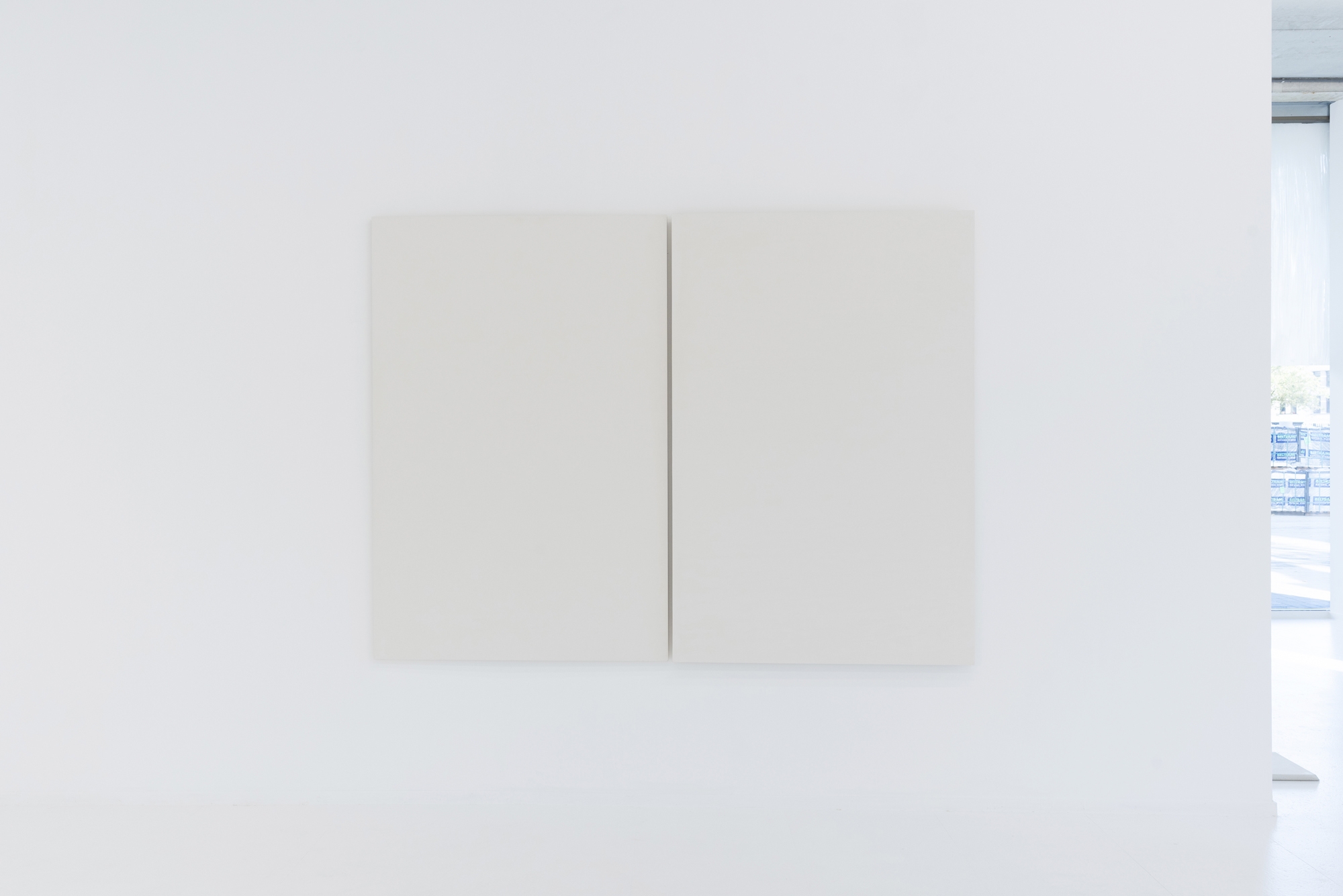 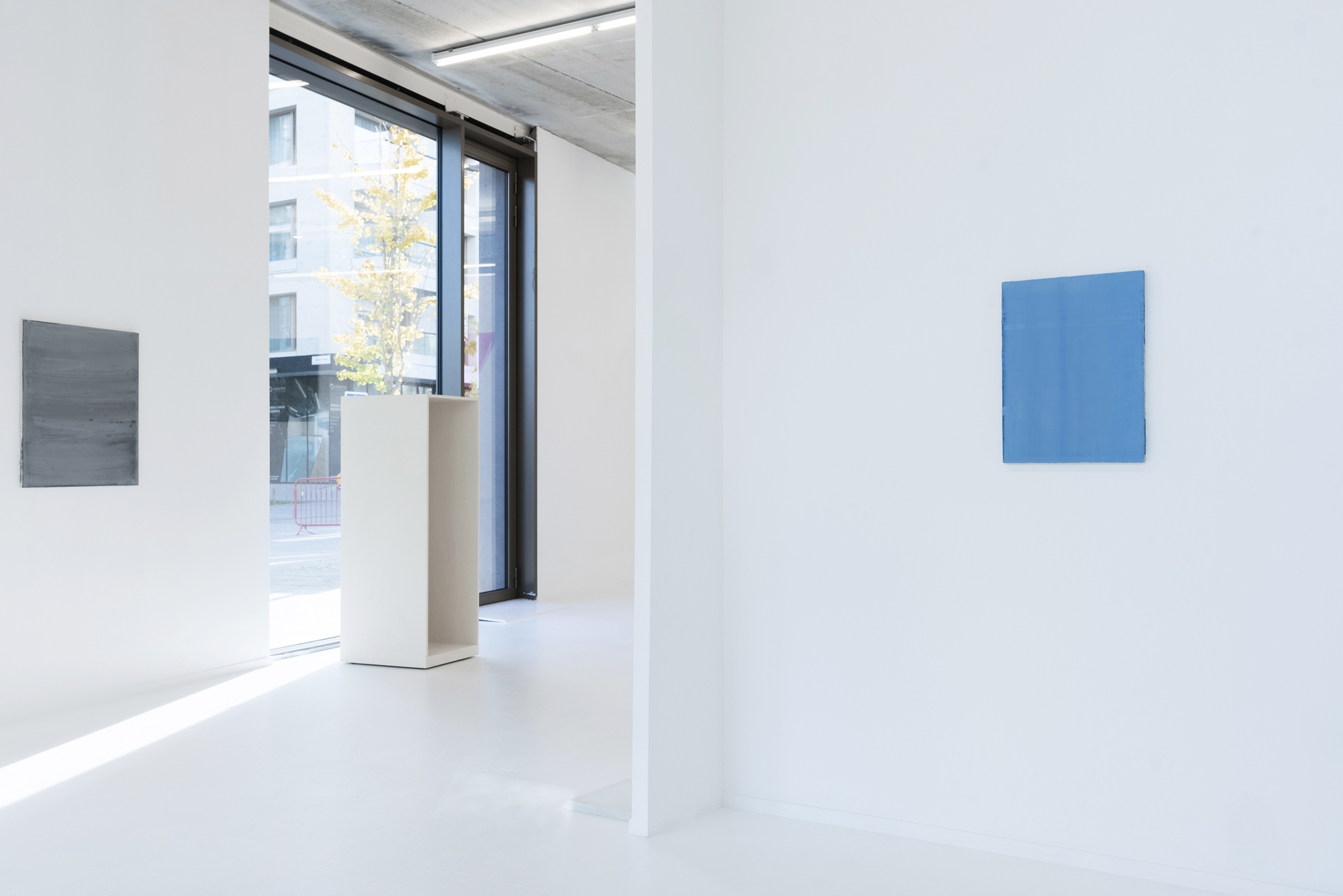 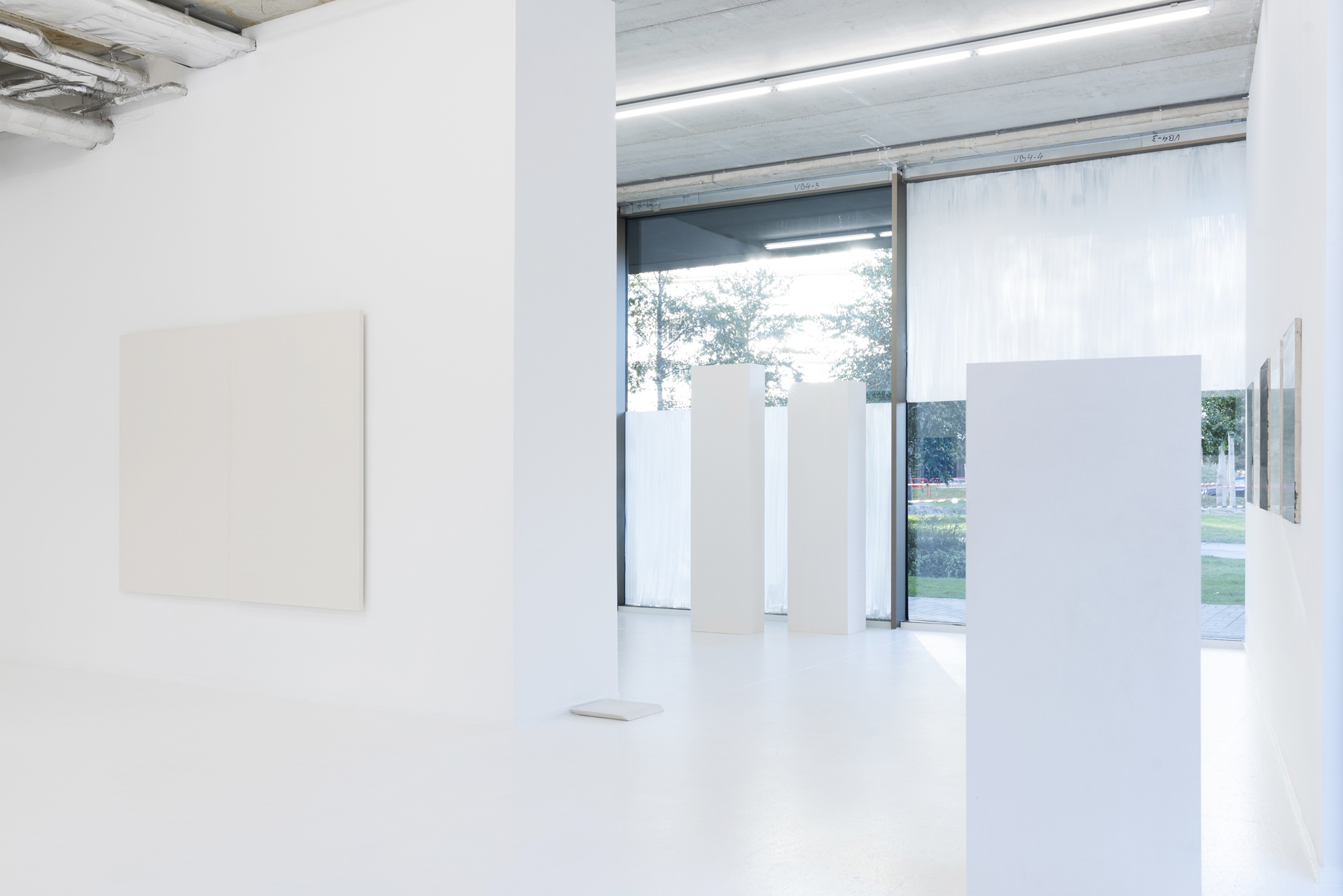 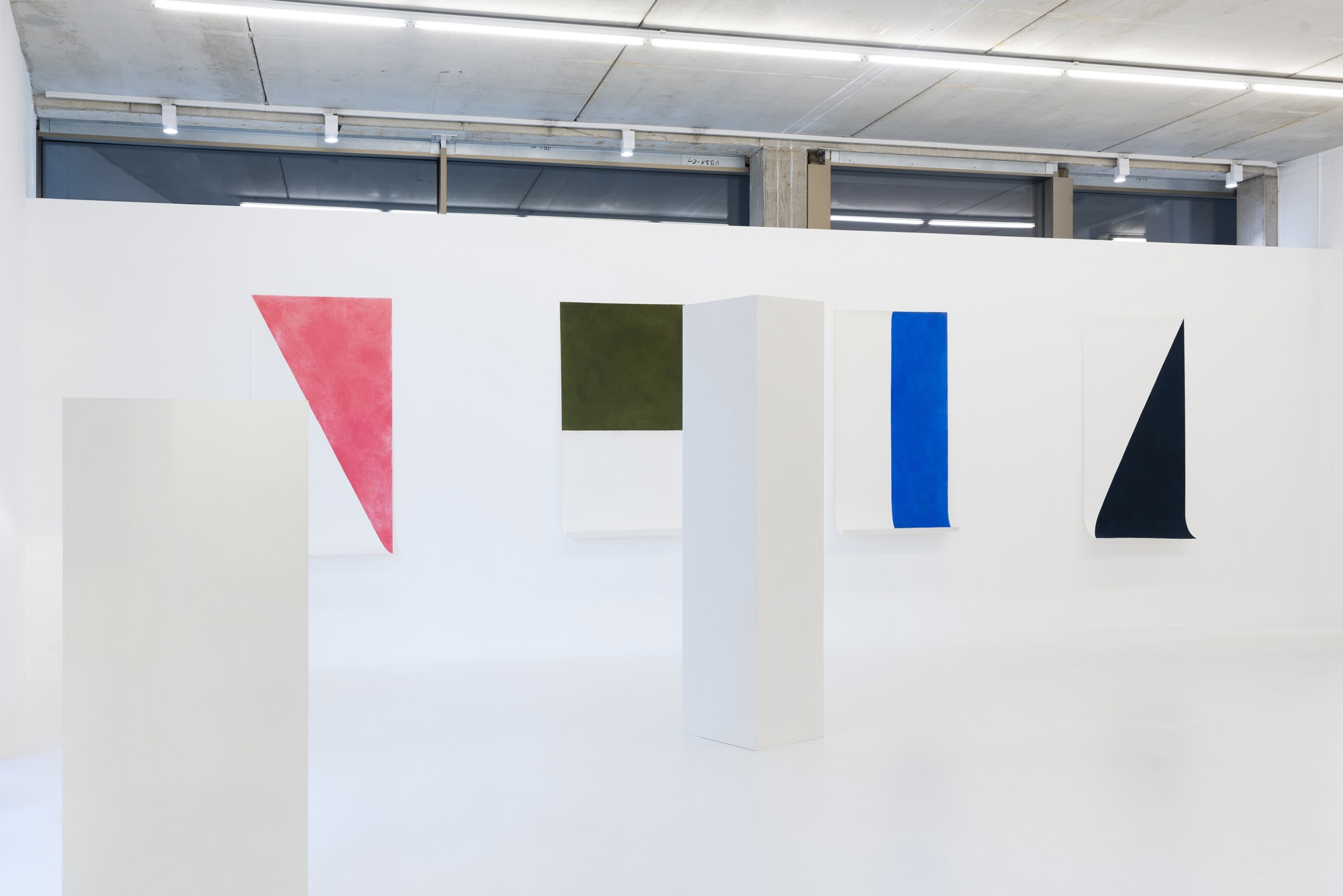 After many months of enforced separation between us, Willy De Sauter reminds us of the possibility of the perfect distance. This distance lies between the work and the viewer, and between the works and the space in which they are shown. When the works are composed of more than one part – like some in this exhibition – this distance occurs between the parts themselves. An acknowledged master of monochrome painting, De Sauter’s modulations of distance make him a carver of voids – around, between and within his work. In short, for De Sauter painting is a means of sculpting space

When approaching one of his works, you try to find the perfect distance. Too far, or too distracted, you fail to capture the reflections and details of the works’ complex layered surfaces. Too close or concentrated, and the dynamics of the distance between the works and the space around them are lost. By putting the viewer on the trail of the perfect distance, De Sauter’s works mobilise our eyes and bodies to become aware not only of the art but also of the world around it.

This perfect distance is never static, depending on variables such as light, perception and attention. De Sauter’s works are therefore an ongoing balancing act between too close and too far. If perfection there is, it is fleeting*. No sooner is it felt that it disappears; a goal more than a state.

Because De Sauter’s works sculpt space, they bear witness to how and where they have been displayed. Each time one is exhibited, the artist, collector, gallerist, or curator must reimagine the work’s perfect distance – vis-à-vis the spectator, the other objects in the room and the surrounding space.

For example, the untitled works on paper from 1984 included in this exhibition, divided equally (diagonally or horizontally) between white and coloured painted areas, were first shown at the Museum voor Schone Kunsten in Ghent in 1985. Looking at the archival photographs, it is apparent that Jan Hoet, who installed the exhibition with the artist, captured a perfect distance: the large hanging paper works seem made for the museum’s classical spaces. Now, at Gallery Sofie Van de Velde, the same works take on an entirely different life, within a new relational geometry.

When, in 2013, De Sauter exhibited at Museum Dhondt-Dhaenens in Deurle, he covered the four walls of the room in the same off-white chalk paint he uses to cover many of his monochromes. This decision was a dramatic demonstration of how, as a painter, he embraces the architecture of the space in which his paintings are displayed. Since the walls of Museum Dhondt-Dhaenens already had a special sculptural quality (textured, criss-crossed by natural light), they became another variable in his search for the perfect distance. To make his displays even more complex, De Sauter sometimes presents his paintings horizontally, on specially made wooden tables, forcing us once again to rethink one’s position in relation to them.

Few are the painters who, like De Sauter, succeed in pushing painting as far beyond itself while remaining faithful to the painter’s traditional gestures: applying a coloured medium to a ground. Because his objects’ implicit subject – the perfect distance – is relational and contingent, they act as architectural sculptures and choreographies of space, endlessly renegotiating their relation to us, themselves, and their environment. De Sauter’s quest for distance is that of a perfectionist who, the moment the objective appears within reach, shuffles the cards and starts all over again.

* As fleeting as the kiss the artist James Lee Byars secretly formed with his lips at the Louvre in 1975, in his performance The Perfect Kiss. I imagine Byars’ ghost hovering around this exhibition – not only because of his connections to Antwerp, but more so because he, like De Sauter, acknowledged the paradoxical existence of perfection. The more you seek it, the more it vanishes into thin air.