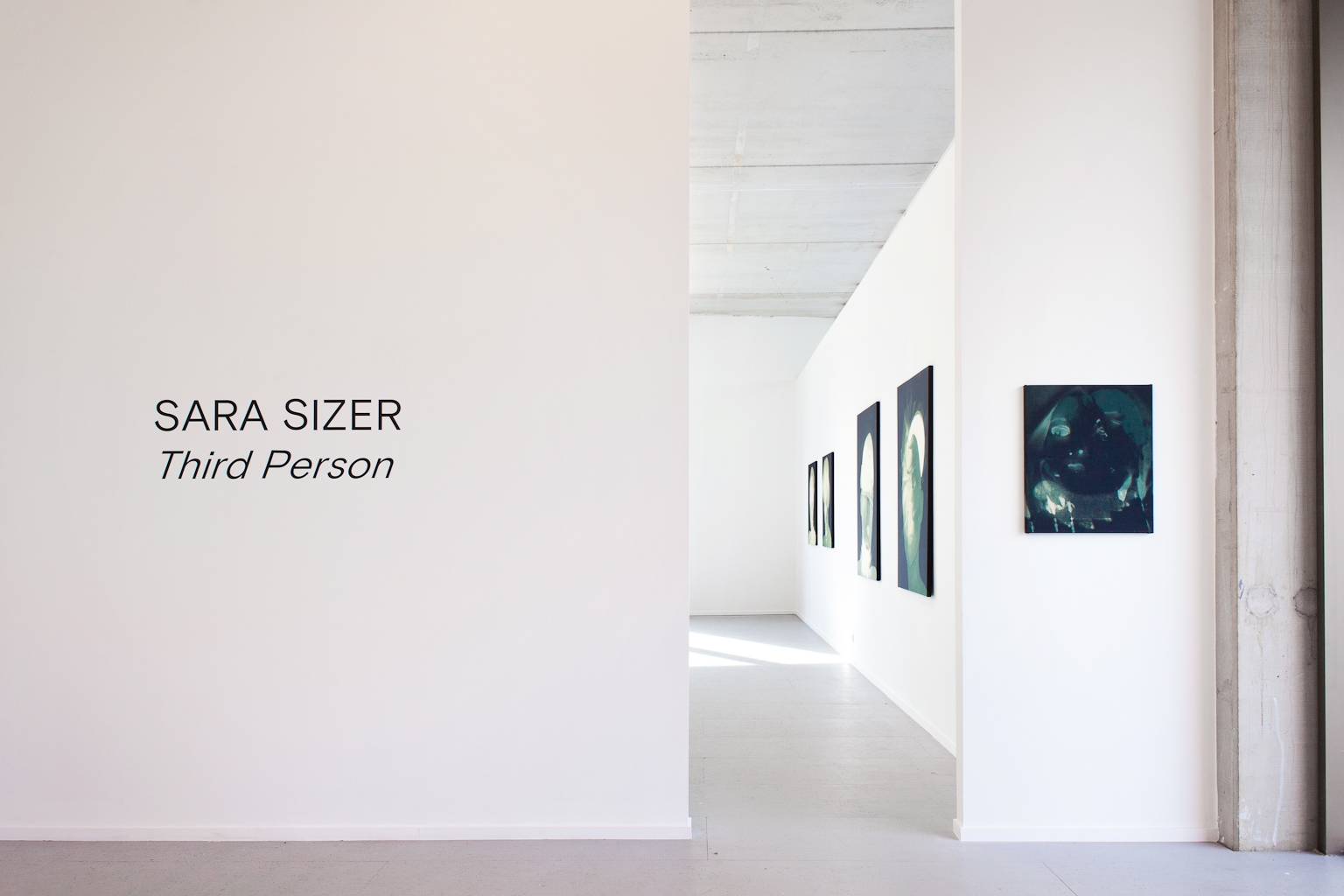 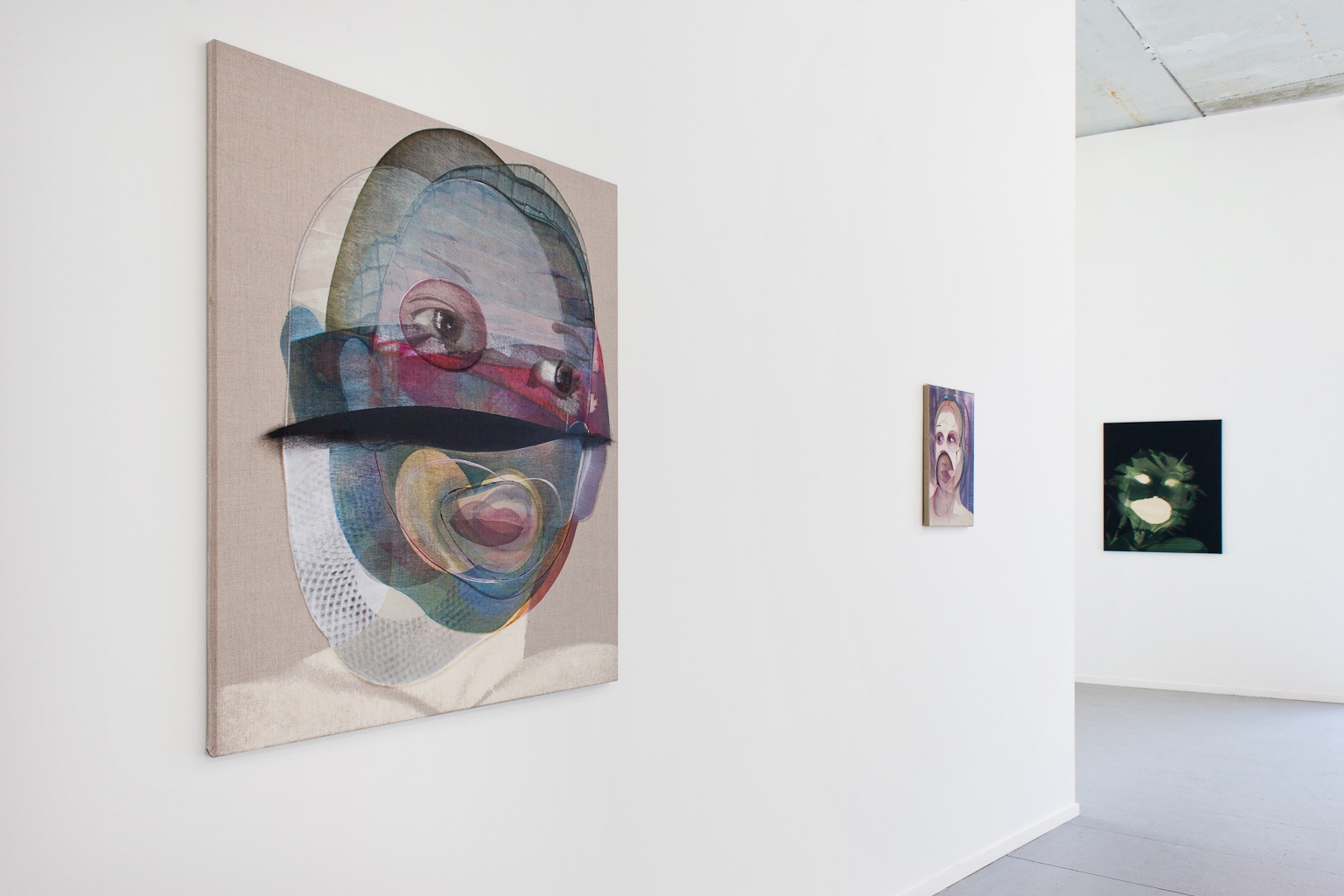 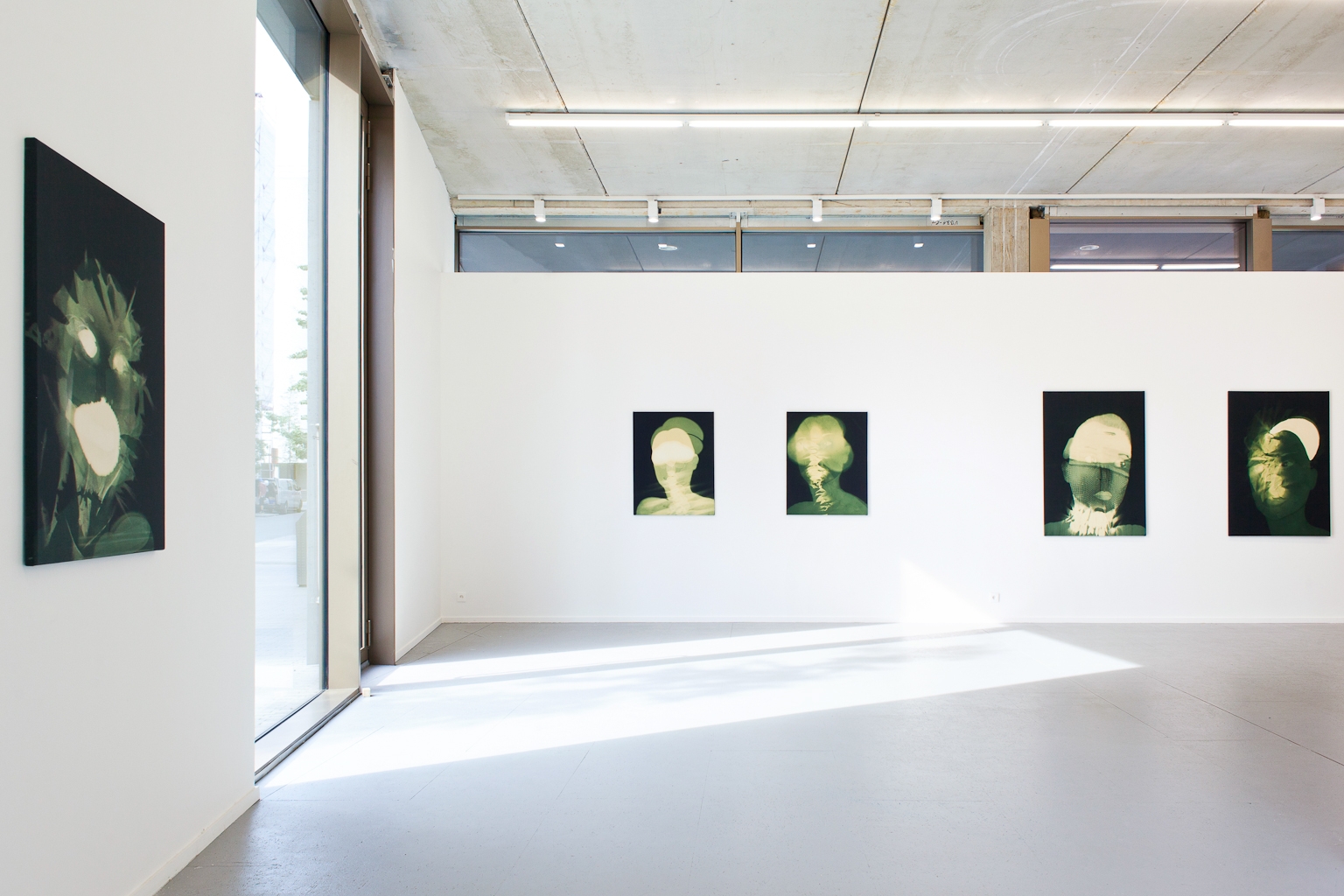 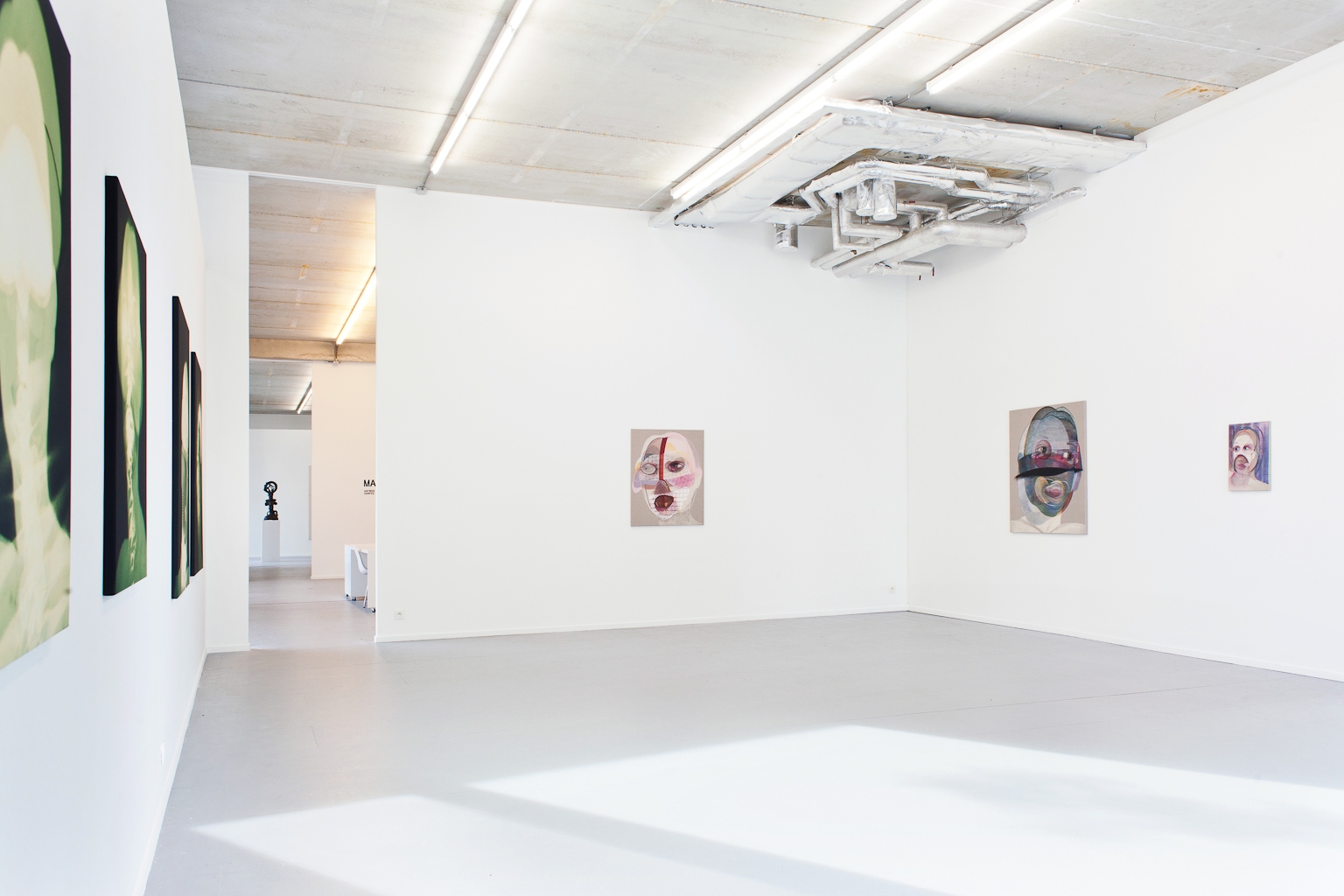 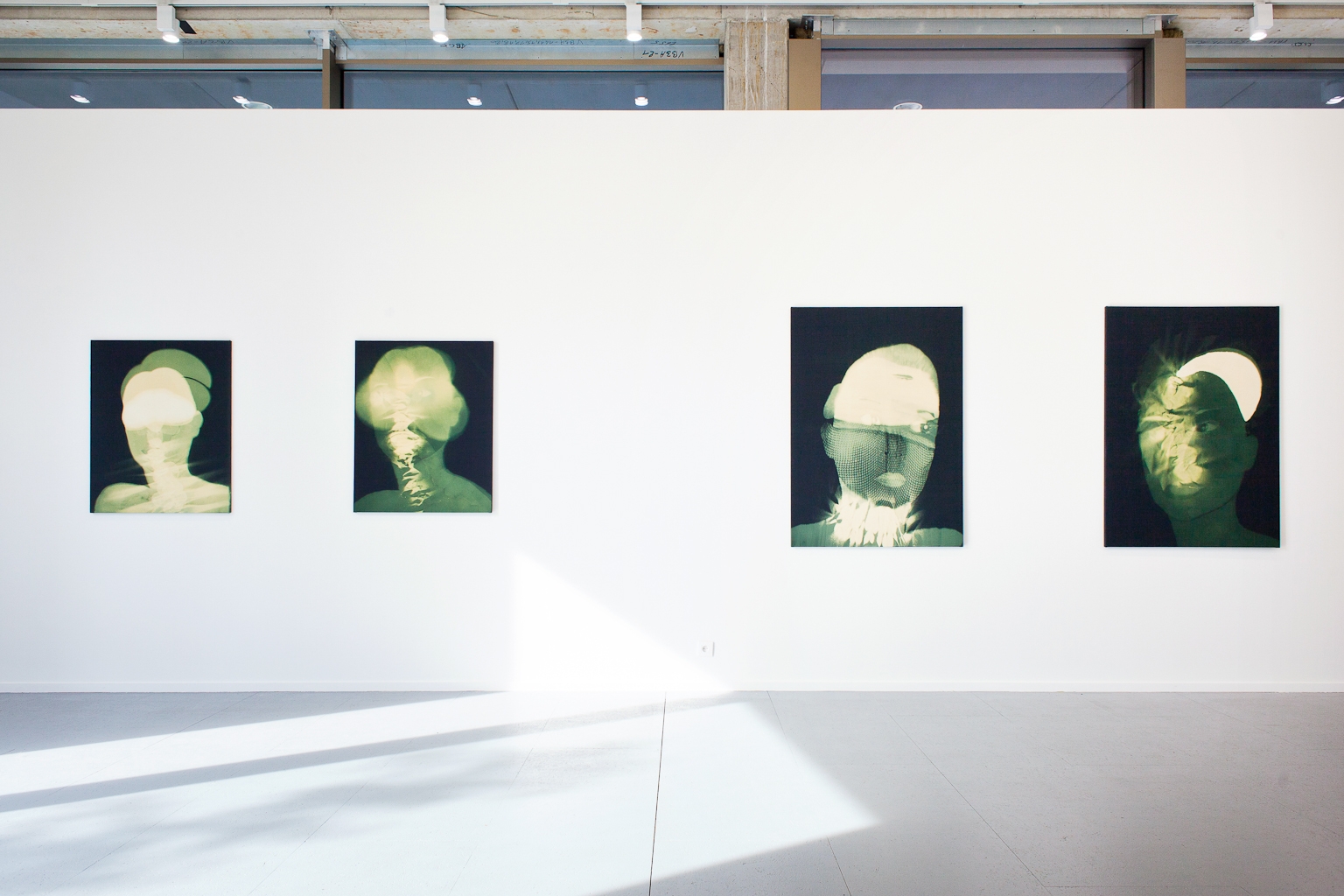 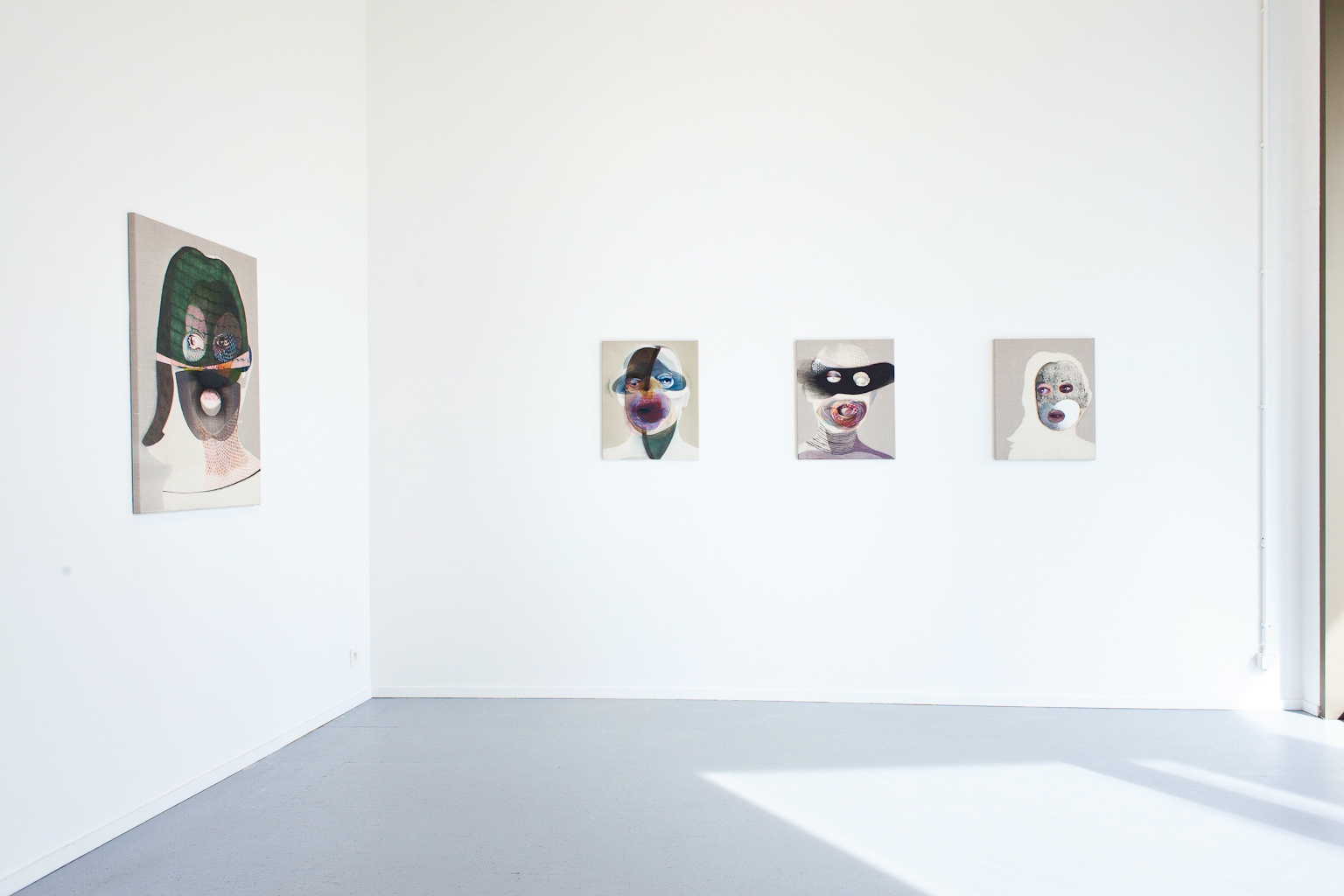 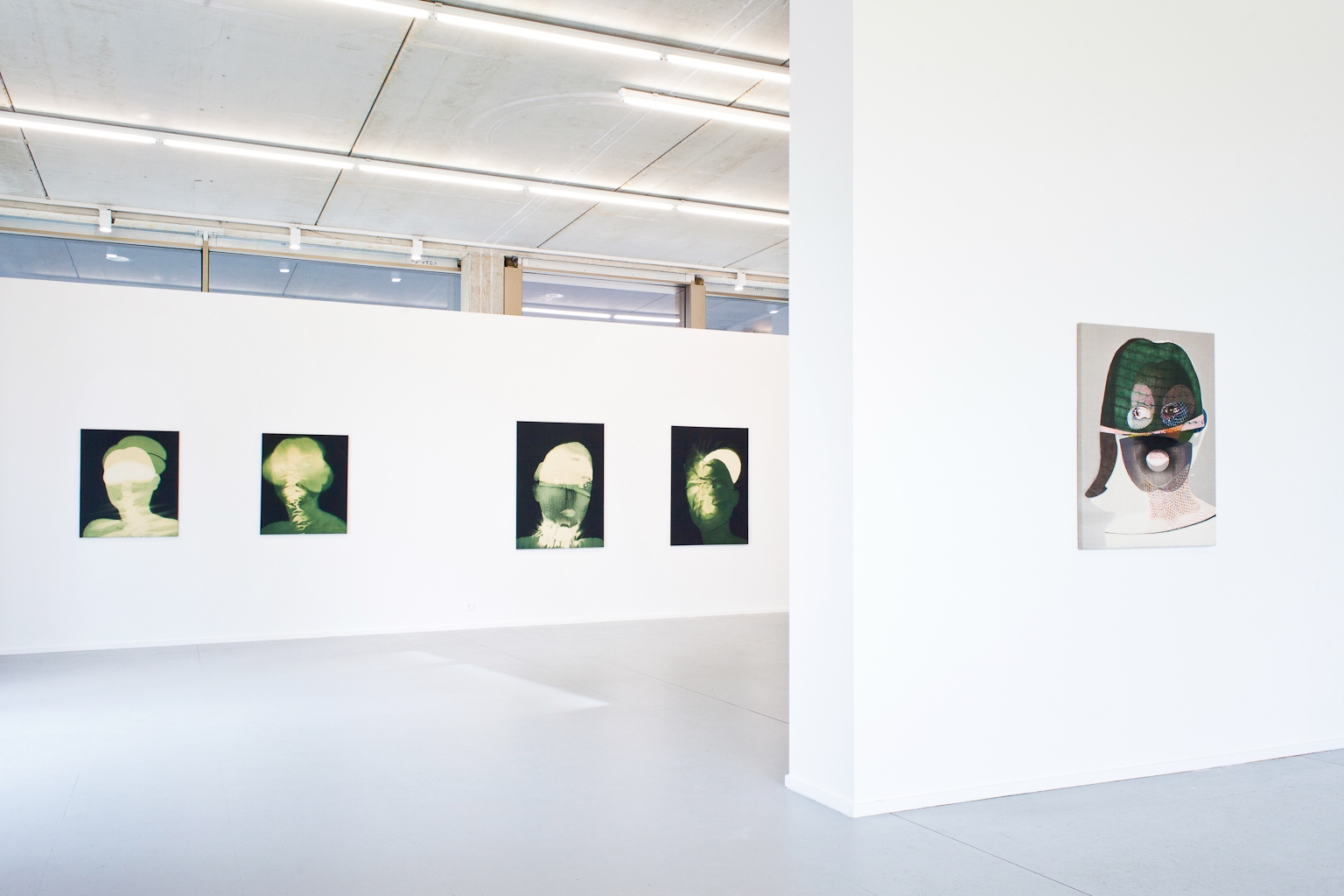 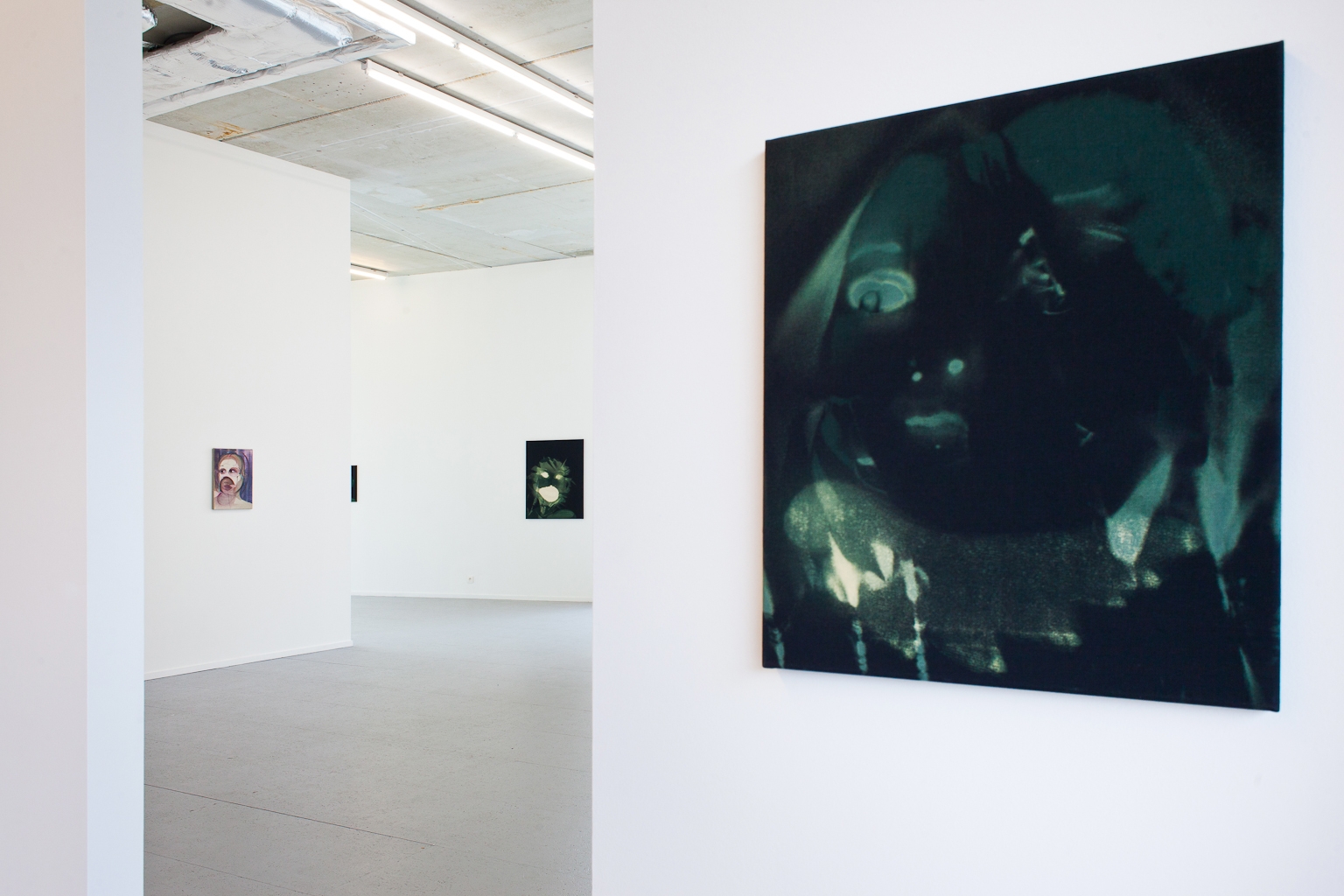 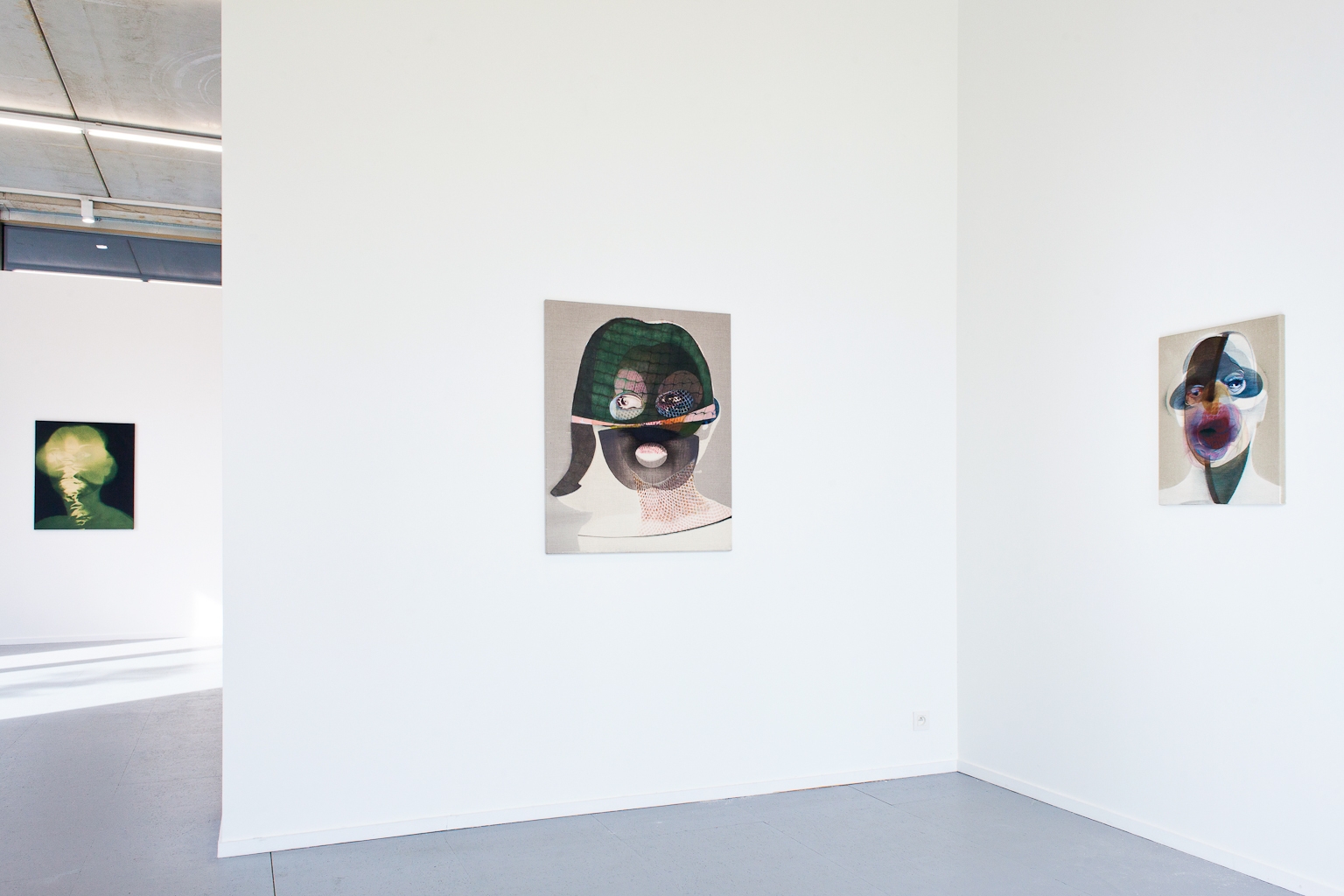 “Third Person” will be the first solo exhibition at Sofie Van de Velde Gallery of the American artist Sara Sizer who has lived and worked in Berlin since 2004. Her exhibition, “Third Person”, consists of a selection of thirty new canvases made between 2014 and 2018. All of these works relate to a countenance, a third person, and use as their source the same photograph of a face taken by an anonymous sitter. The group of works titled, “Fremde ('Other), consist of fragmentary anthropomorphic or figurative forms in a muted fluorescent green which emerge from an indefinable, black pictorial space. These bleached physiognomies are reminiscent of photograms, medical x-rays, or of early photographic attempts at proving the existence of ghosts. Indeed, like earlier works by Sizer, all the pictures in the exhibition use bleach as a painting medium; a malleable treatment of the fabric which allows a slow, step-by-step building of forms by deletion. In addition, this procedure requires thinking in positive and negative space equally, similar to the sculptural process and its casting procedure or the darkroom process in photography, to finally achieve the light and spatial quality of these phantomlike pictures. The spectral figures of “Fremde” confront a series of other works that bear the simple title “Kopf” (Head). These works are also bleached canvases but have been overpainted with oils. Despite unambiguous human traits, the heads are more or less gender ambiguous, erotically charged, and their existence seems to be generated and somehow surreal. Phenotypically, they resemble the model-like figurines of Oskar Schlemmer and the deformed figures of Francis Bacon in equal measure. One of their most powerful features are the eyes that gaze out of the picture toward an external point, but not at the viewer. With this, Sizer opens up a virtual triangle between the viewer, the picture, and another, unfathomable third party who lies outside the relationship between the first two. The Third Person” exists as much within the pictures as outside of them. In the series “Fremde”, the third person is like a specter emerging from nothingness, appearing only as a trace and eluding rationality. What such an inkling alters in the sphere of the known is the feeling of security: like an enemy within one’s own body or a virus, which is not visible, but present nonetheless. In the “Kopf” paintings, the third person is also outside of the picture, and the triangle of gazes is present as an inevitable part of viewing the picture. For, paradoxically, the viewer’s “I” does not stand at the center, even if the “I” is what raises the question of the Other in the first place. Claudia Seidel