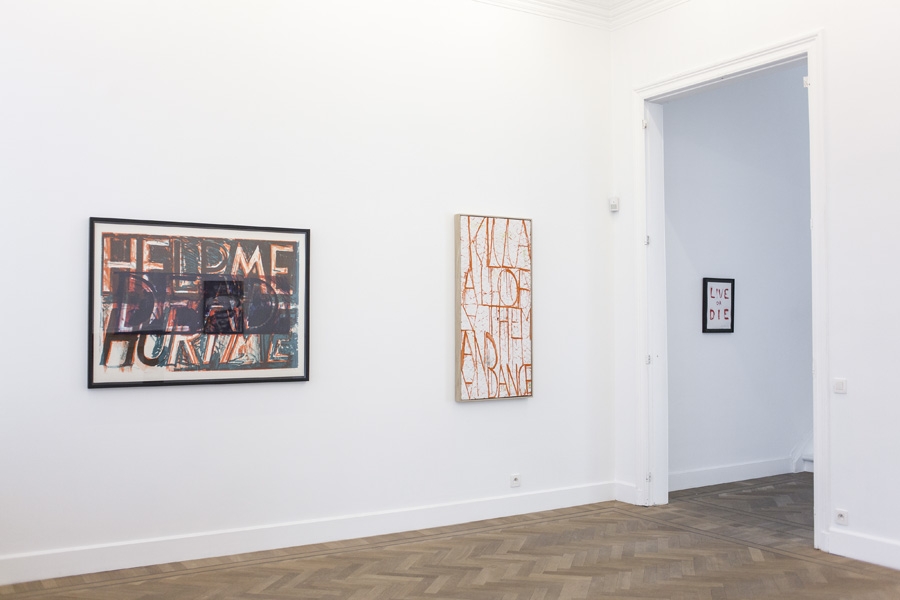 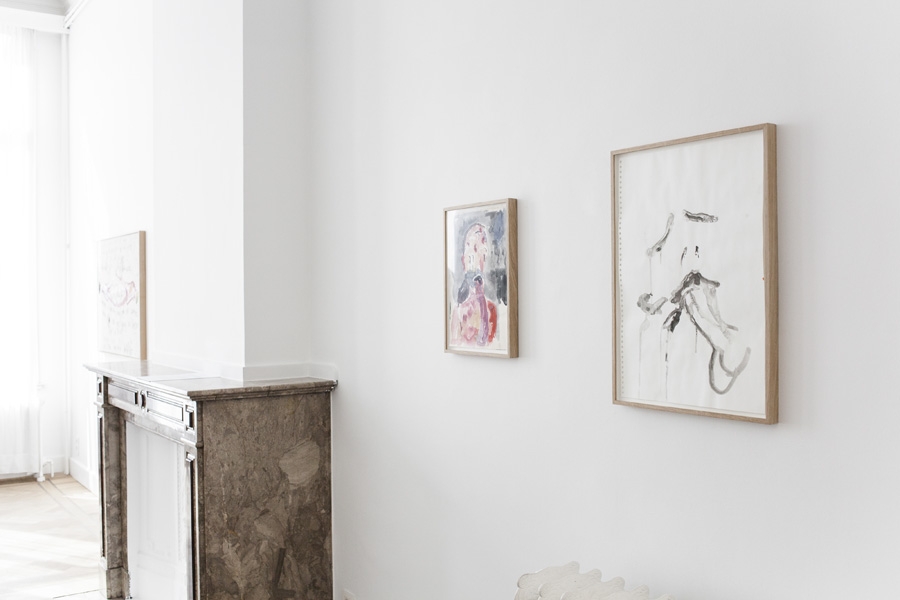 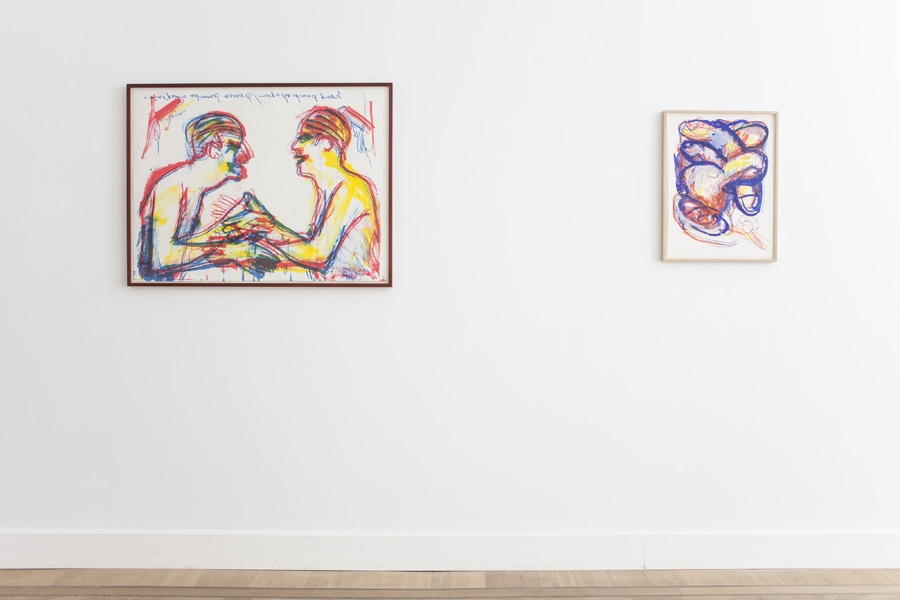 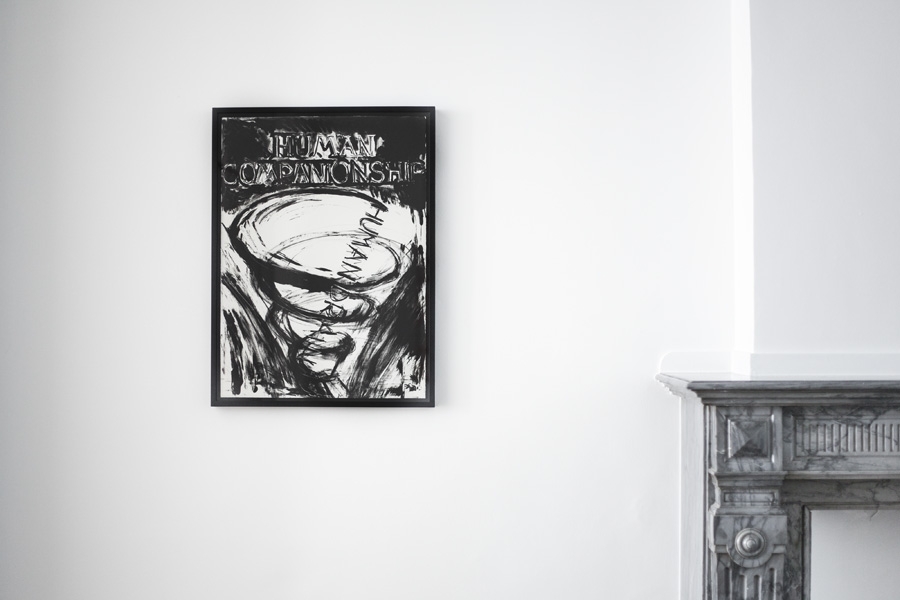 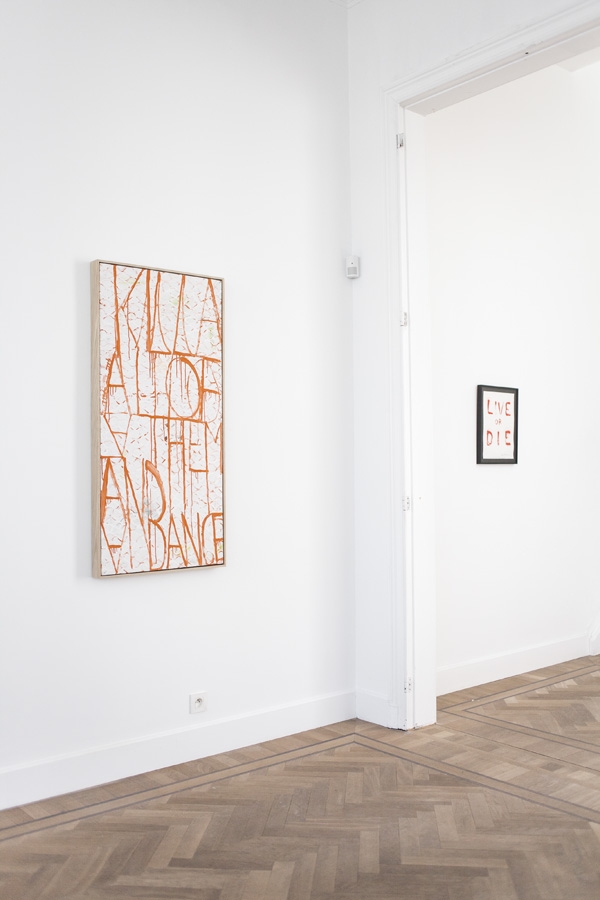 In the exhibition entitled Live or Die, Sofie Van de Velde presents a dialogue between the Belgian artist Philippe Vandenberg (1952 - 2009) and the American artist Bruce Nauman (b. 1941). The title of the presentation is borrowed from a work by Nauman, and the curator is Dr. Brigitte Kölle (Head of Contemporary Art, Hamburger Kunsthalle), who aims to offer a fresh reading of Vandenberg’s oeuvre. The format of an exhibition is ideally suited to such an exercise. The spatial juxtaposition or proximity of works by different artists often reveals unexpected relationships and shared affinities. By means of a so-phisticated selection of four works by Nauman and seven from Vandenberg, the exhibition hopes to provide visitors with new insights. Philippe Vandenberg and Bruce Nauman never met and, until now, their works have never shared the same space. At first glance, their oeuvres would appear to be very different. Nevertheless, the two artists have several traits in common. Both Nauman and Vandenberg are witnesses of the dark side of humanity, of hatred and violence, and of the impossibility of communication between people. But they don’t settle for the role of witness, they feel responsible to capture this suffering in their oeuvre. In addition to being profoundly fascinated by the precariousness of mortal existence, the vulnerability of the body and the many taboos that hinder human interactions, both artists also use words and images in their works. A major shared concern is the role and power of the visual artist in contemporary society and the place of art within a broader sociopolitical context. Neither artist is interested in promoting certainties or in creating a ‘nice’ and ‘cosy’ art. Their works are direct and raw, and therefore in both Nauman’s and Vandenberg’s oeuvres one finds countless repetitions, inflections and variations on the same theme. These are indicative of a certain obsessiveness that occasionally bor-ders on mania. What makes Bruce Nauman’s and Philippe Vandenberg’s art so great is that both artists succeed in creat-ing images that capture the abyss within ourselves, our failings and our cruelty. Their images are direct, uncompromising and distressing. They are not moralizing, yet they are moral in a very powerful and re-sponsible manner. ‘It is said that art is about life and death. That may be melodramatic, but it’s also true,’ Nauman said as long ago as 1978. LIVE OR DIE! Nothing more, nothing less. - Brigitte Kölle