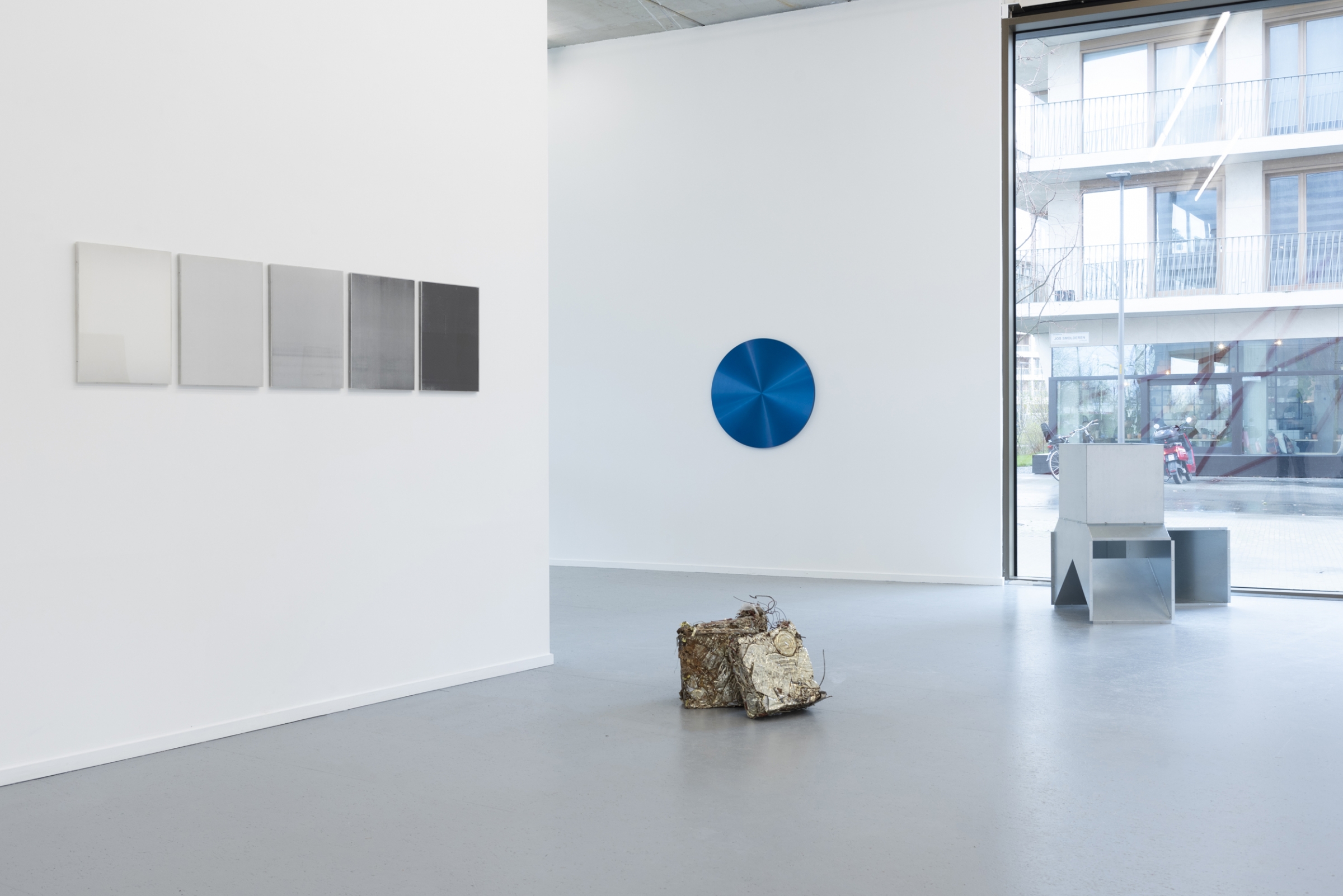 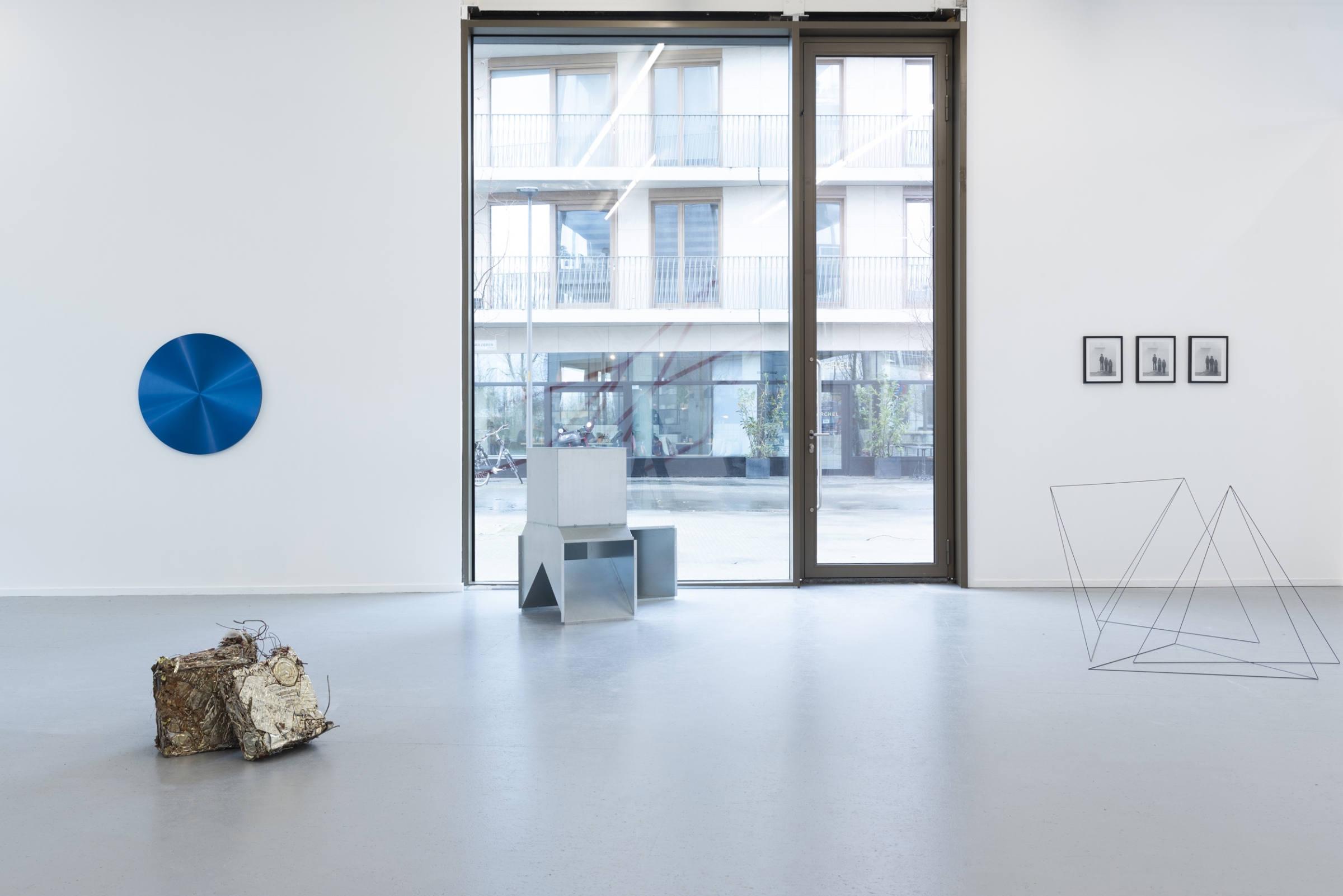 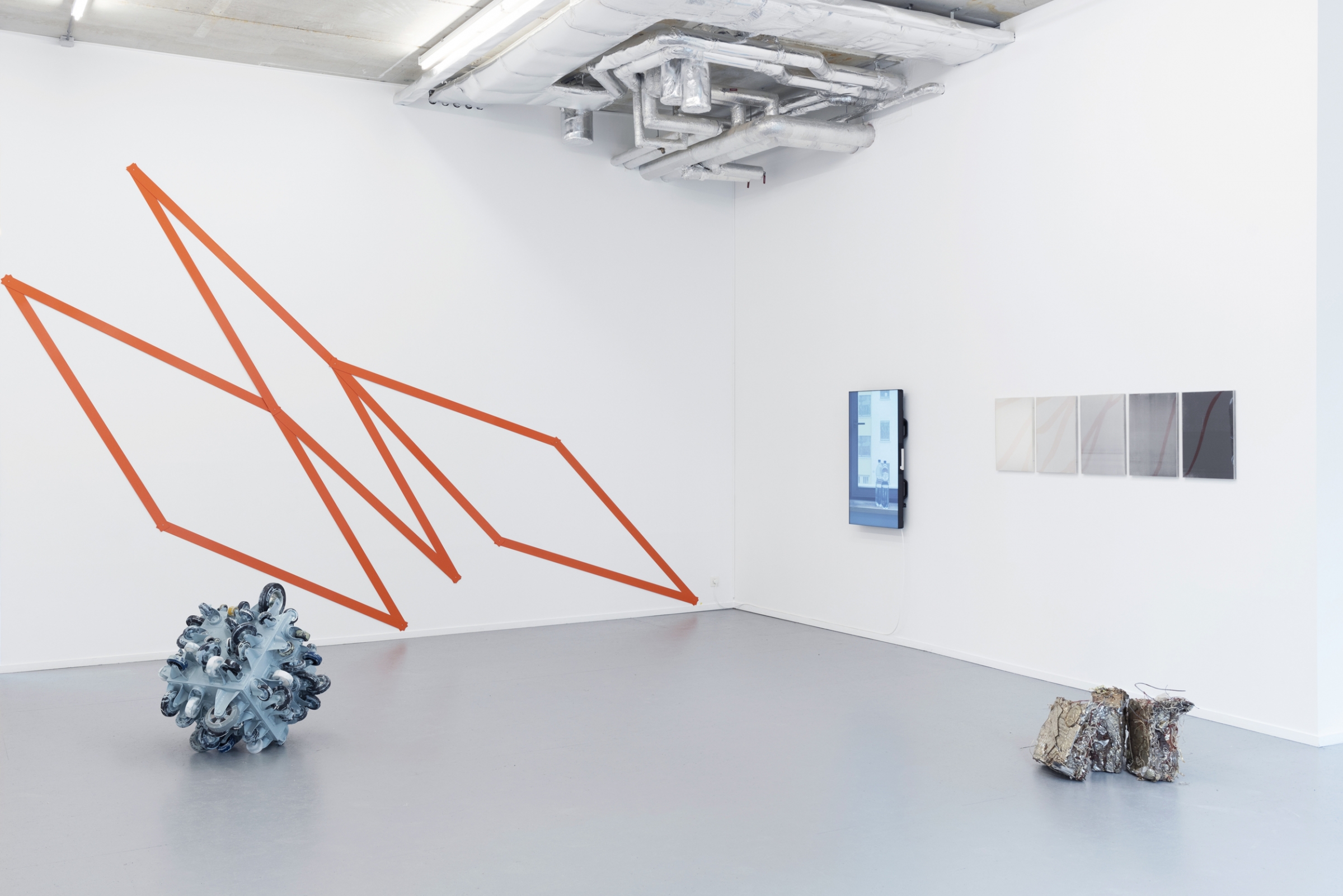 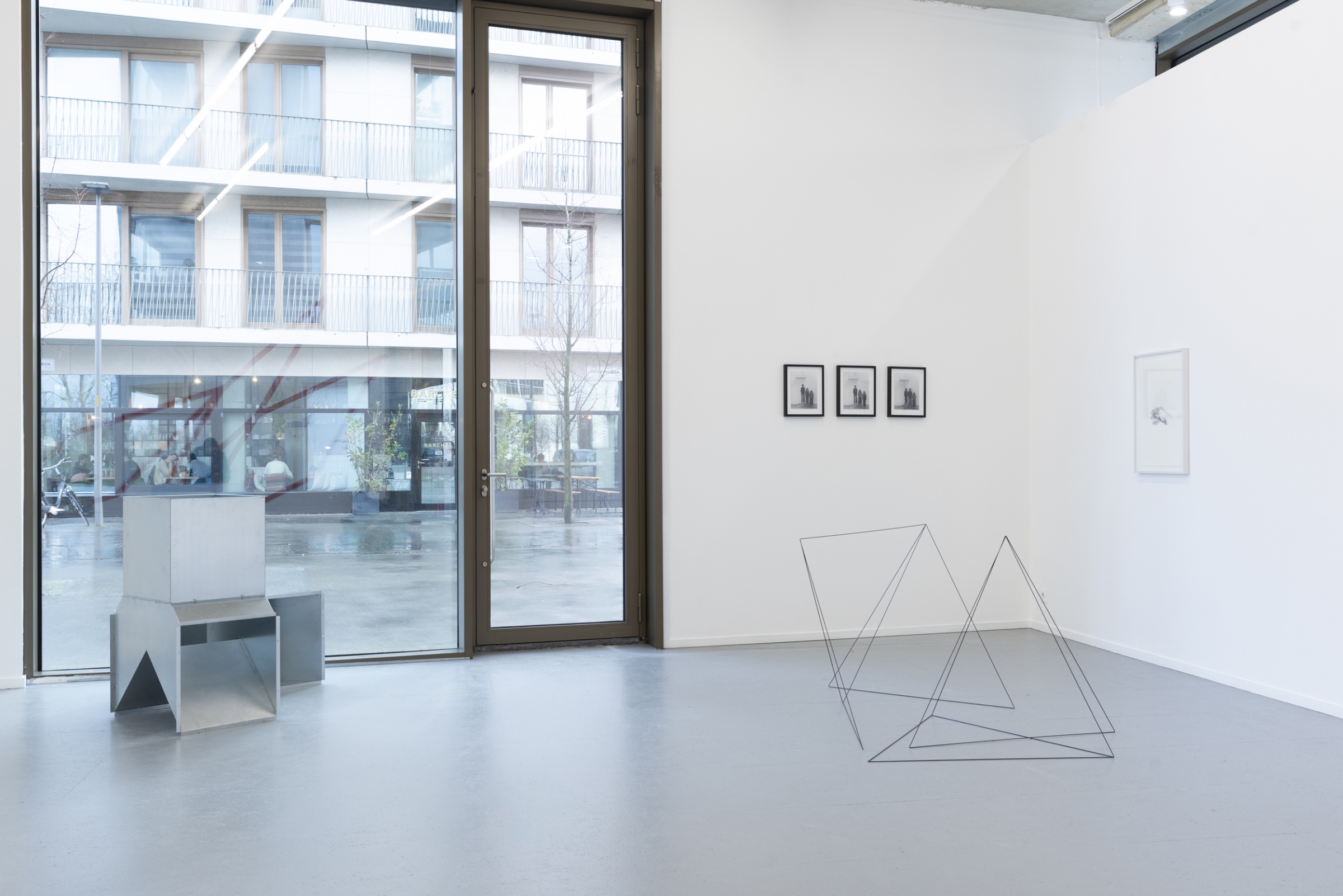 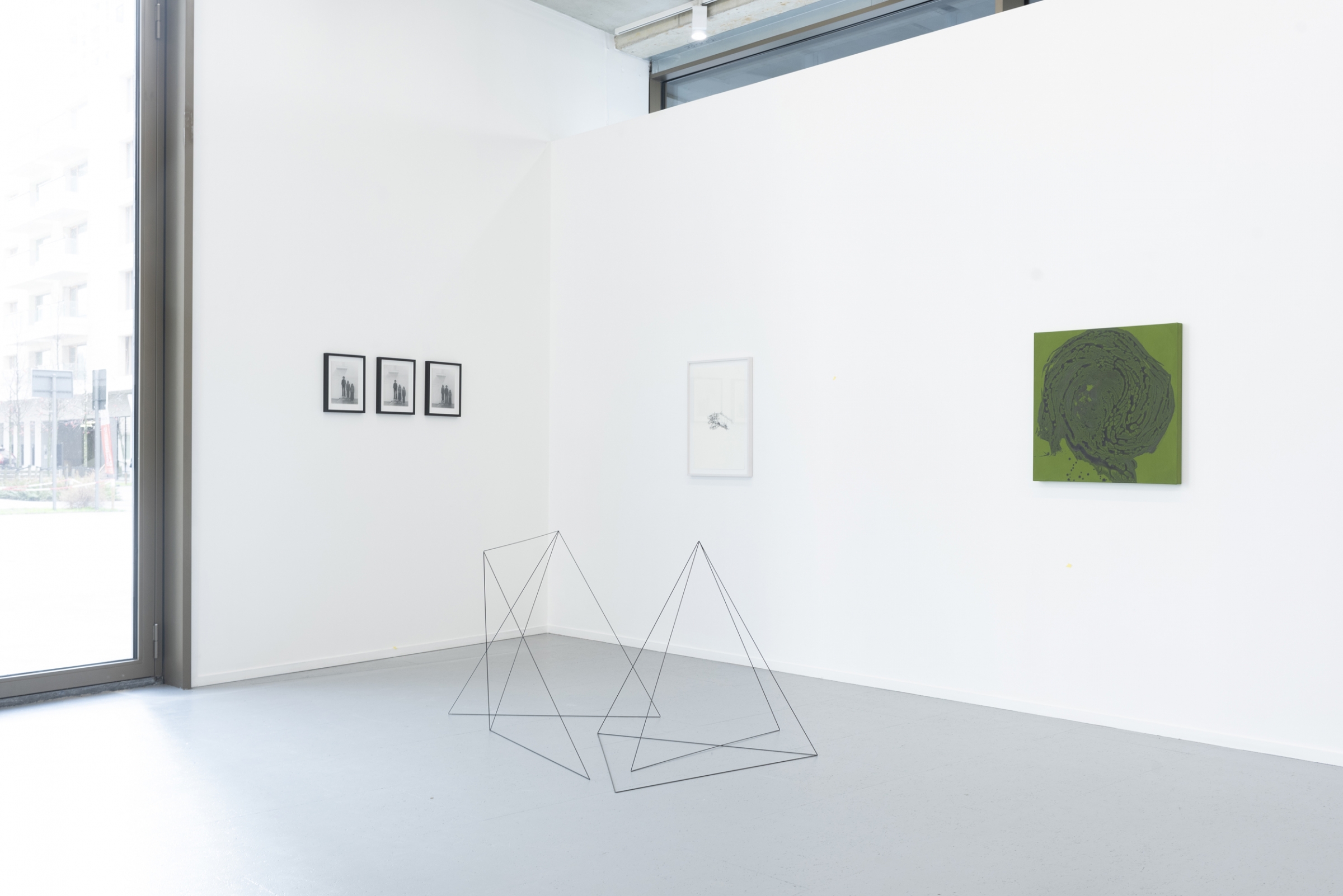 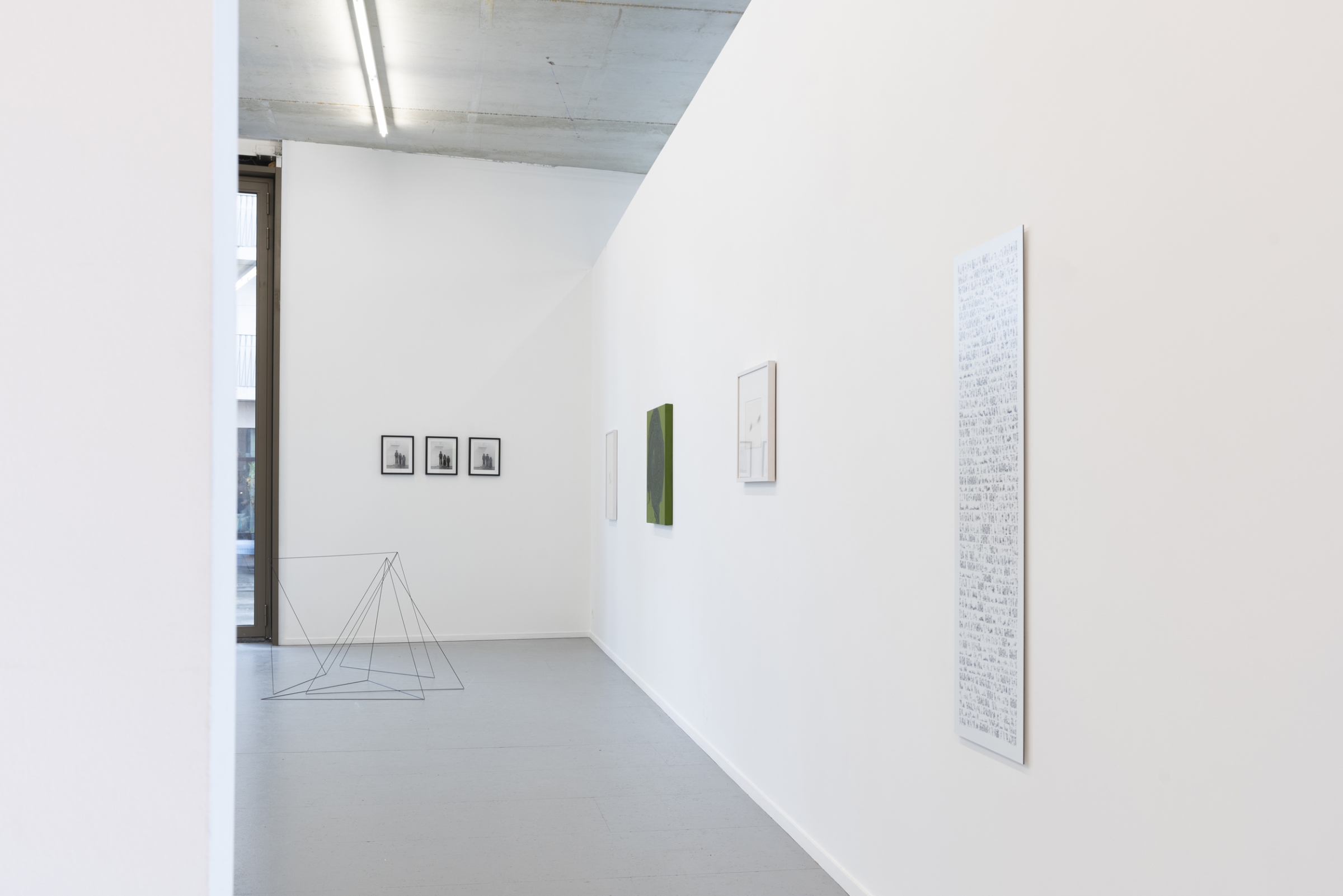 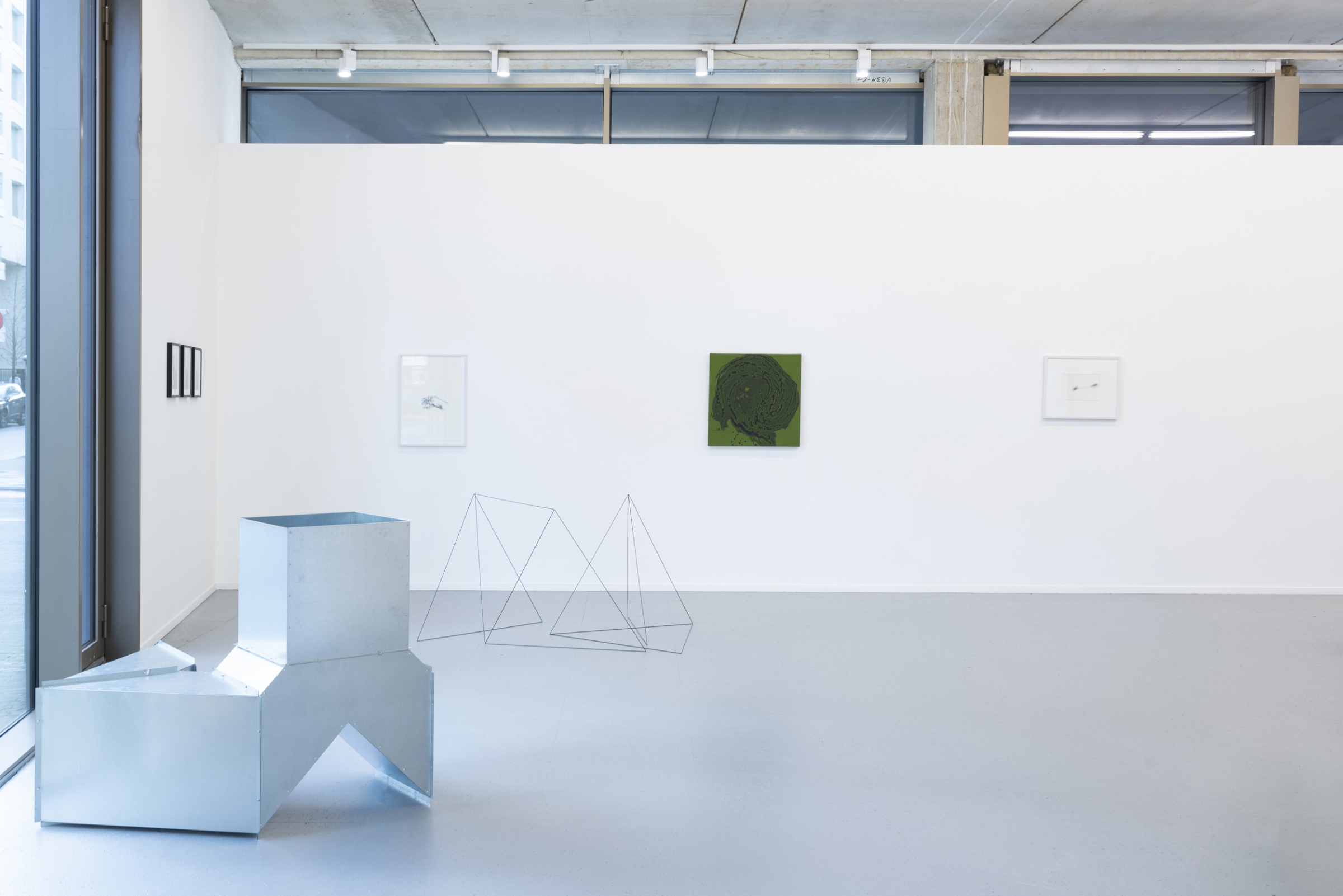 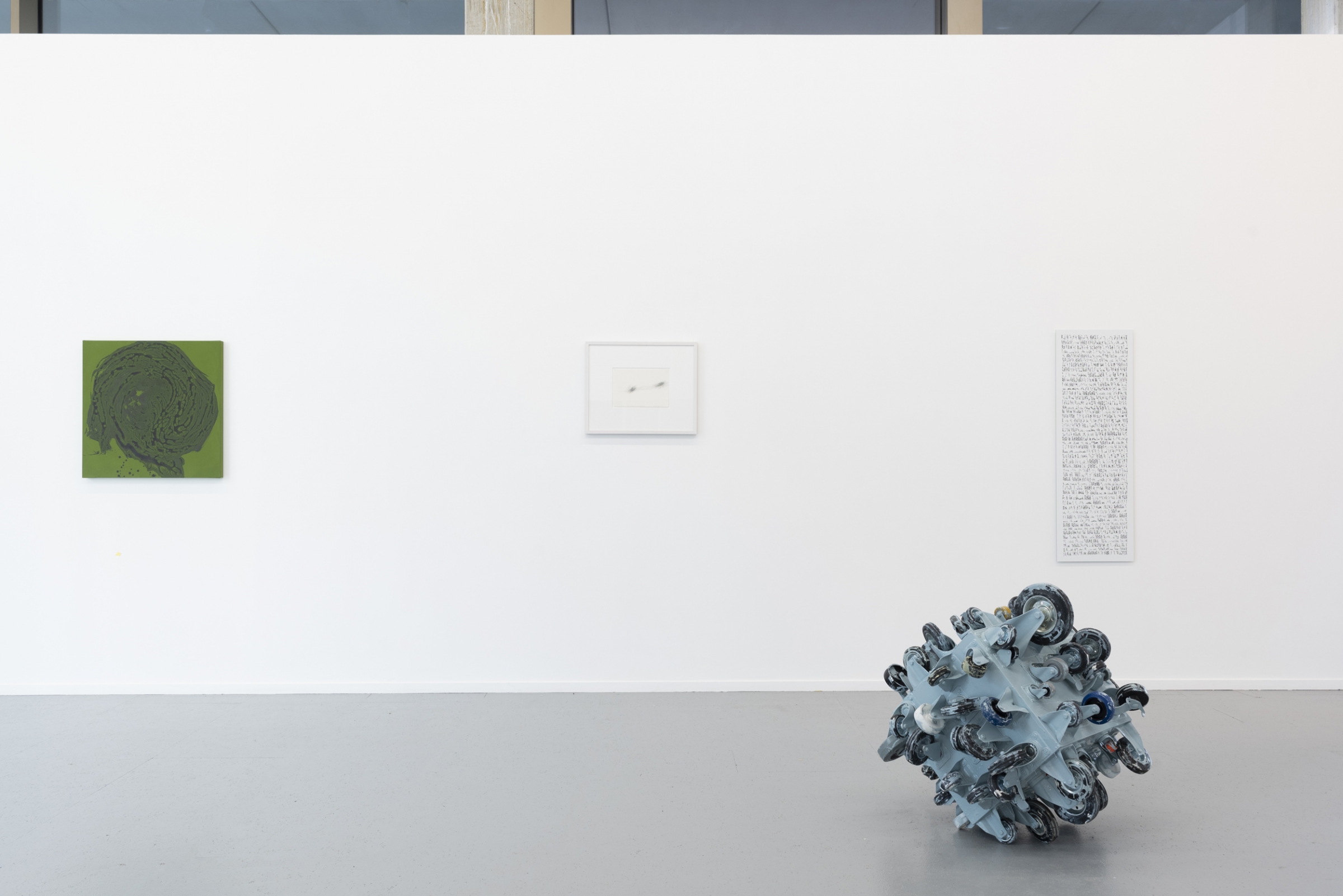 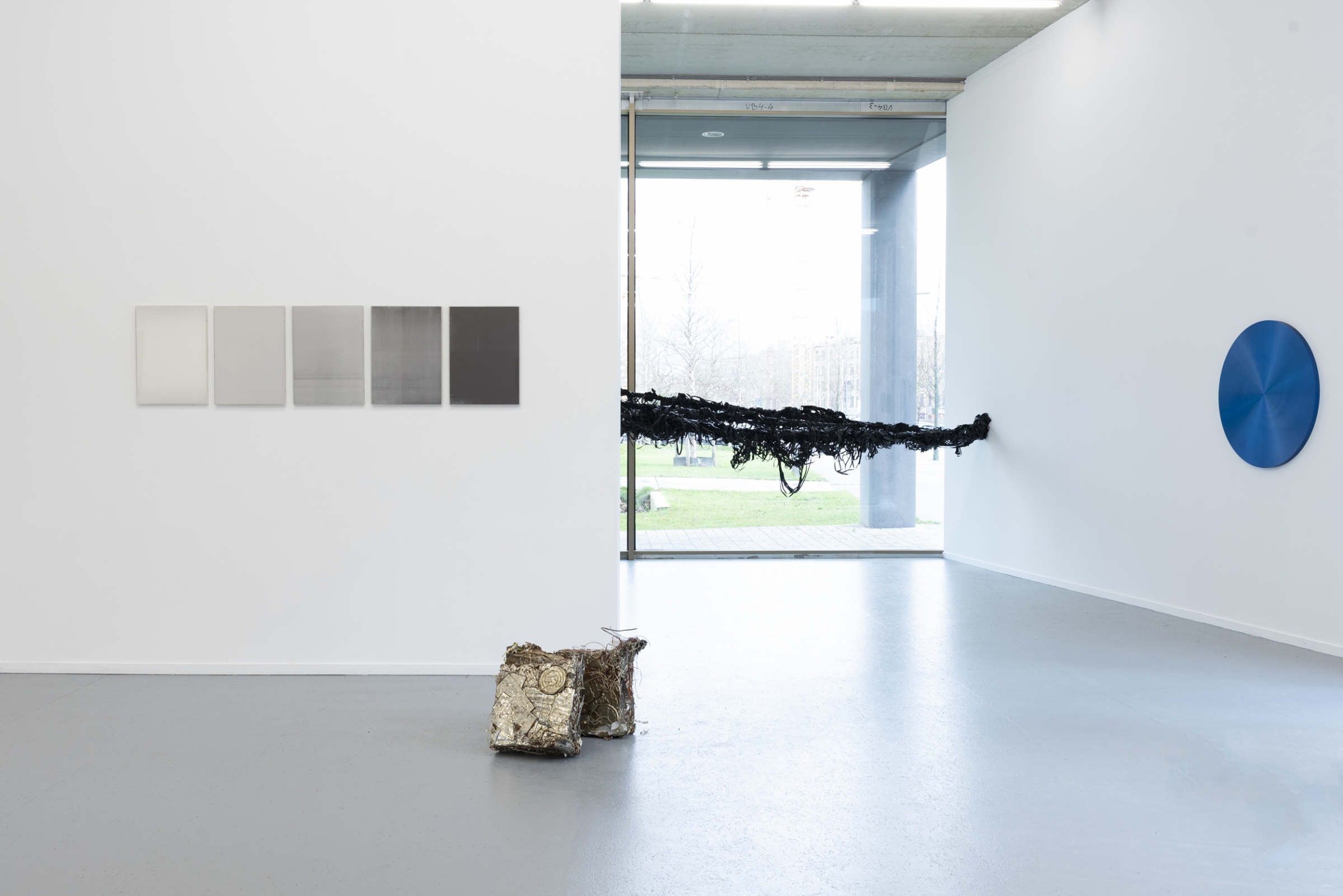 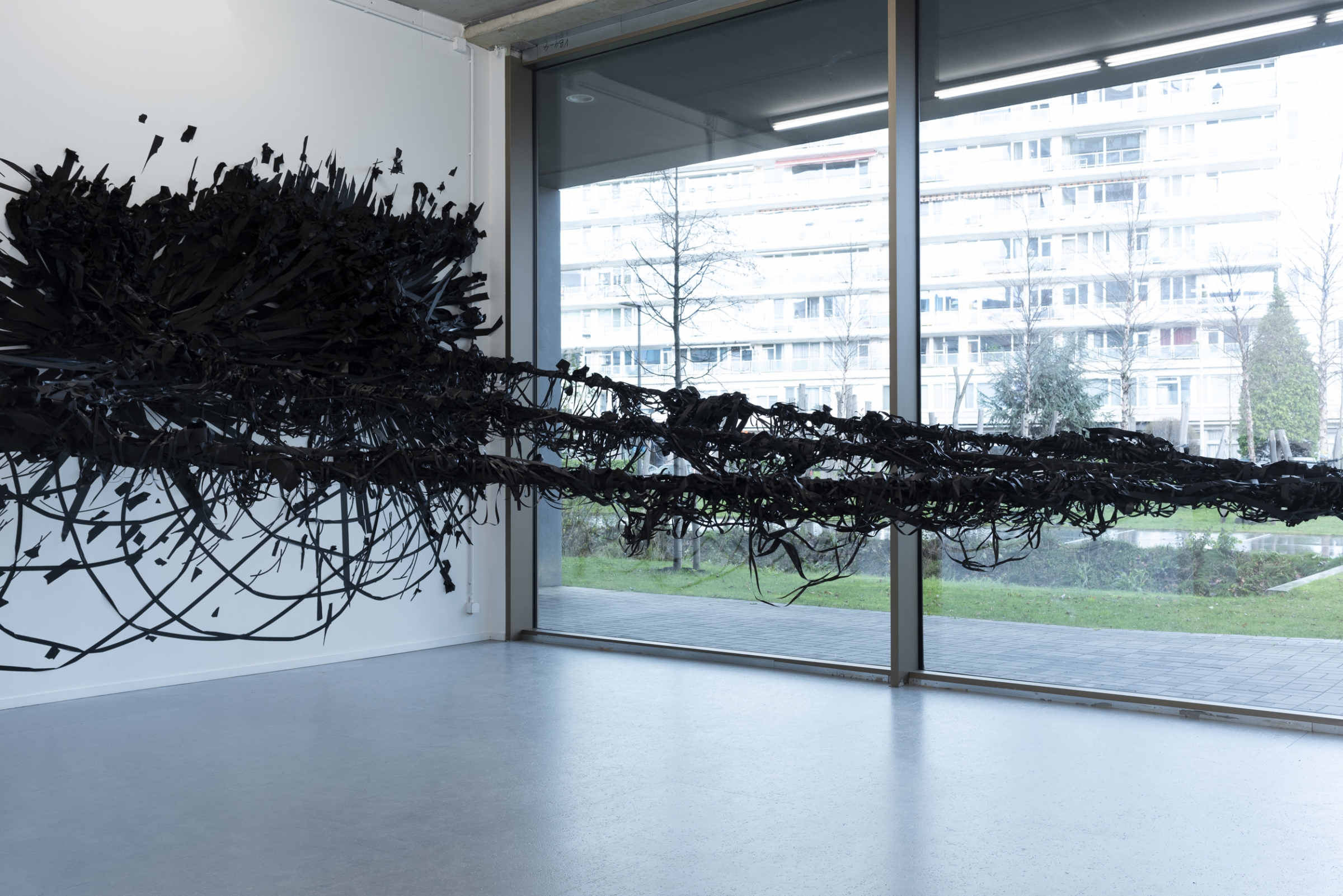 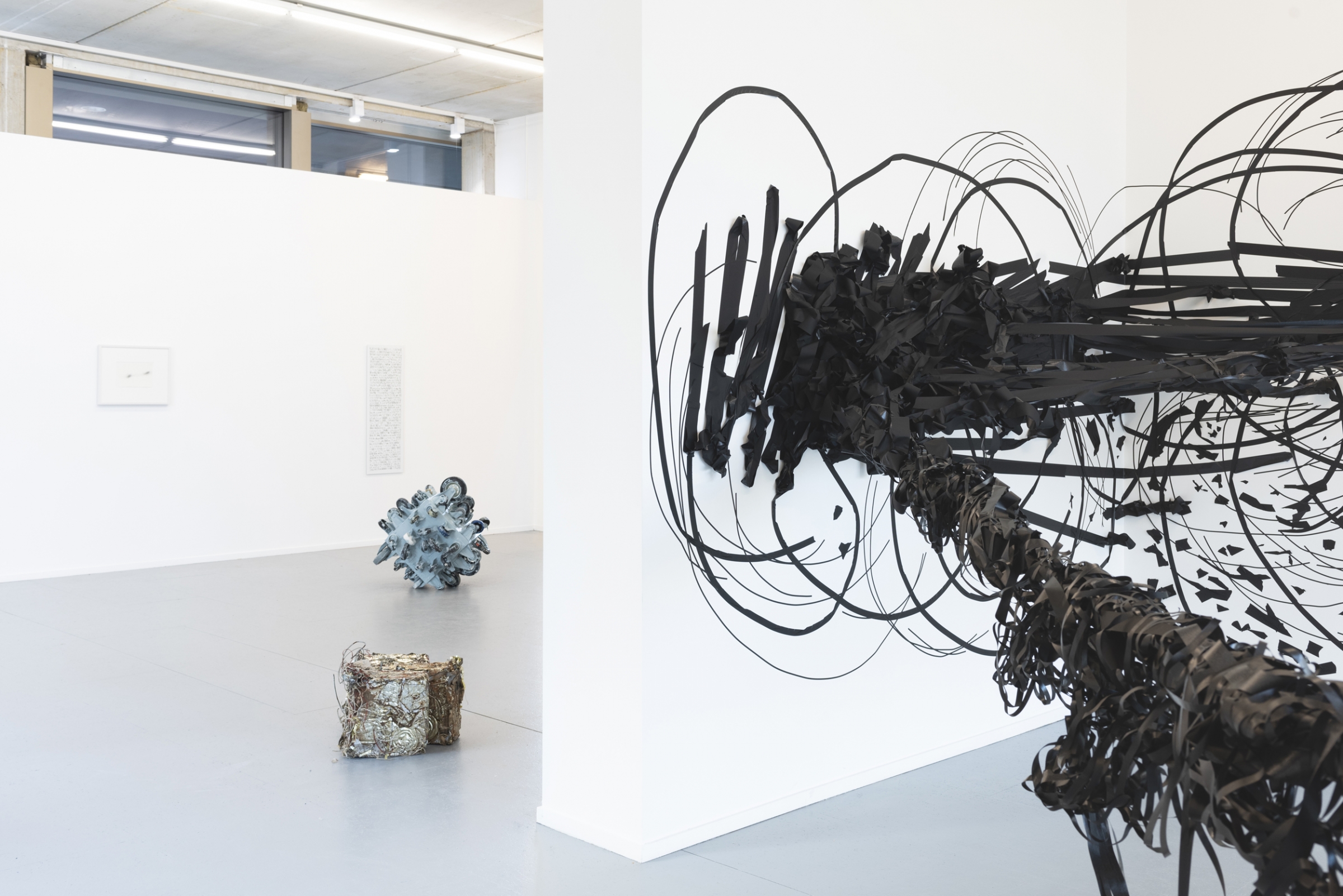 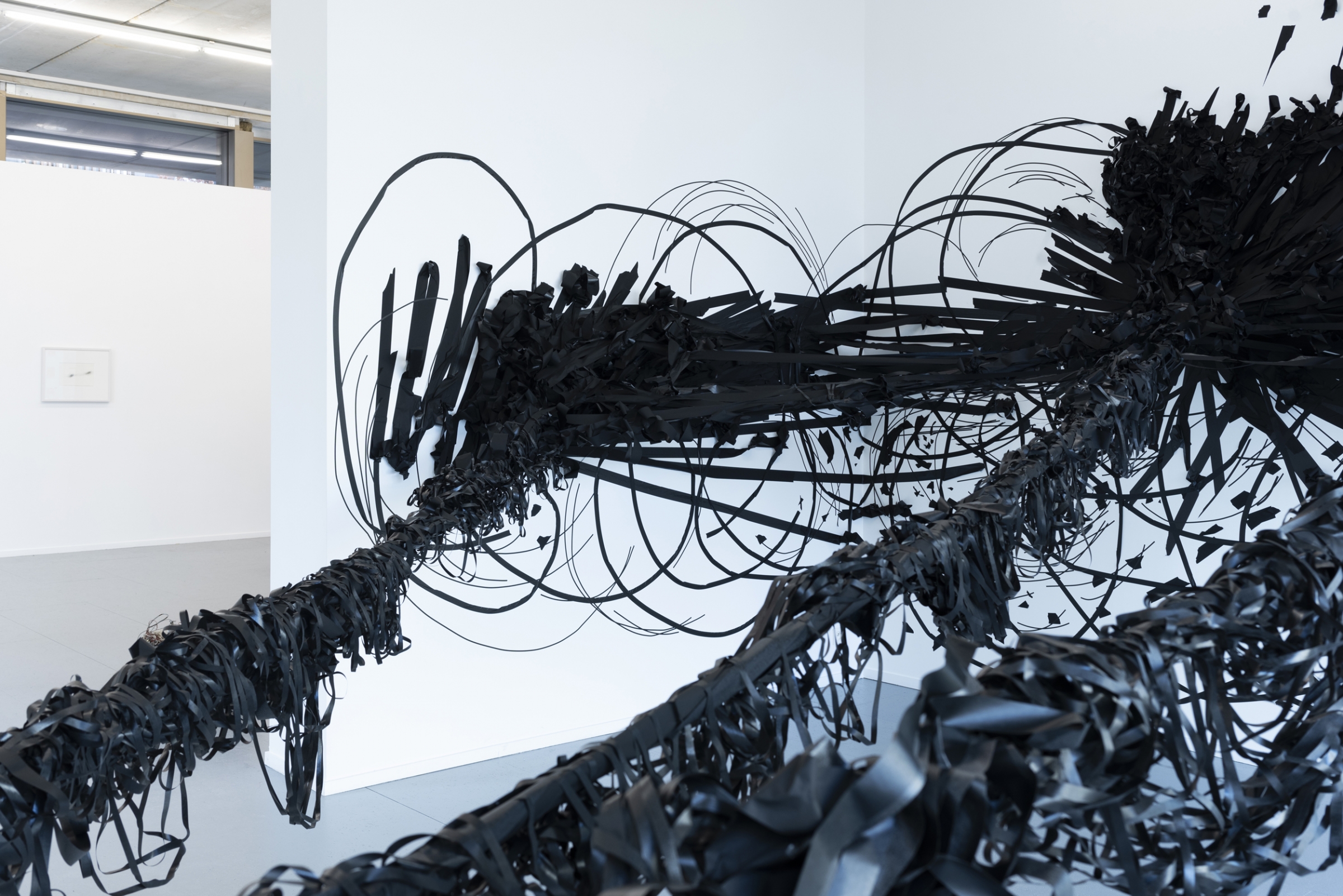 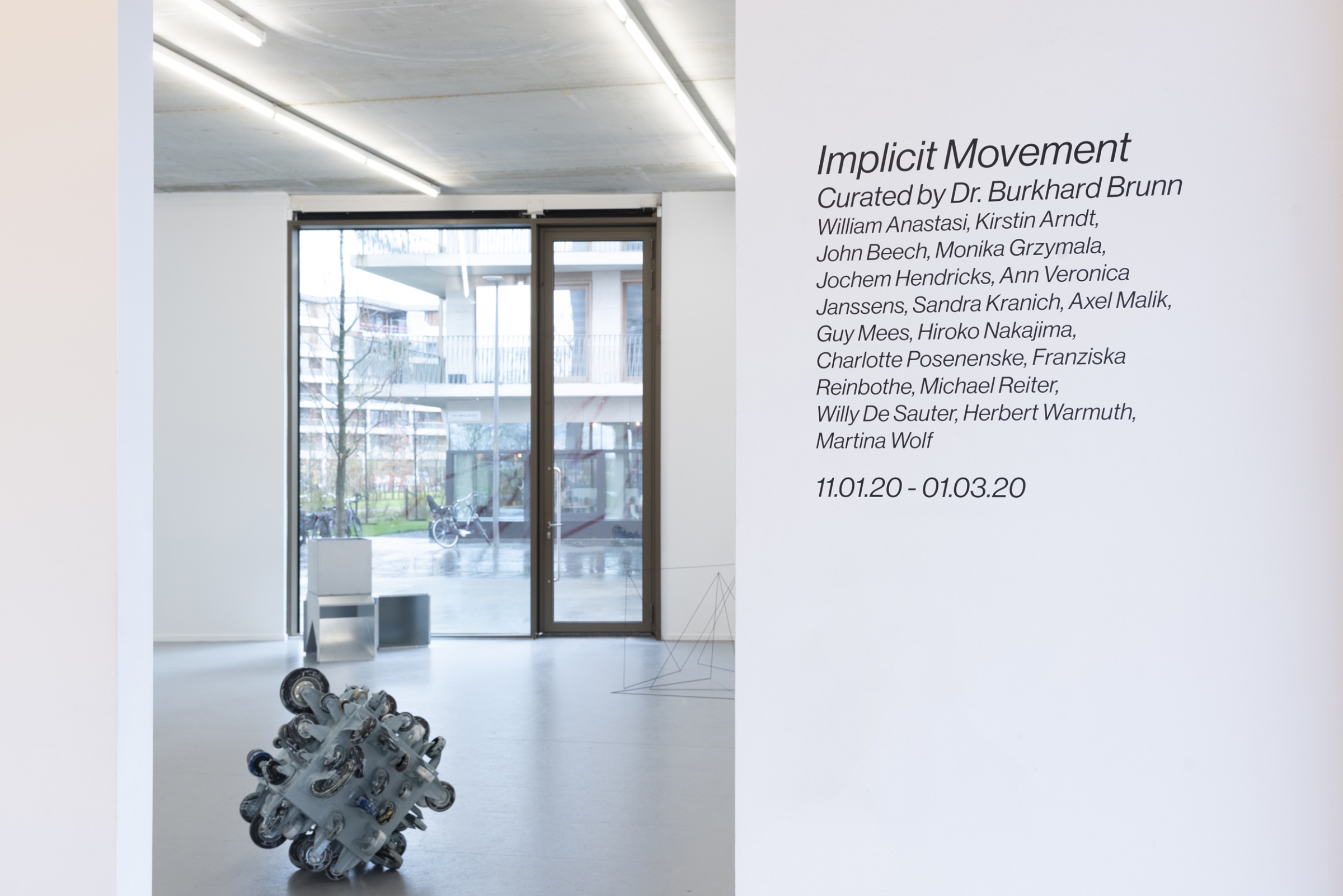 Group Show with: William Anastasi Kirstin Arndt, John Beech, Monika Grzymala, Jochem Hendricks, Ann Veronica Janssens, Sandra Kranich, Axel Malik, Guy Mees, Hiroko Nakajima, Charlotte Posenenske, Franziska Reinbothe, Michael Reiter, Willy De Sauter, Herbert Warmuth, Martina Wolf Curator: Burkhard Brunn, Frankfurt am Main About the implicit movement. Movement is the quintessence of vitality. (For the purposes of these deliberations we shall ignore the obvious fact that every product is the result of [labor] movement.) Before film was invented, movement could not be represented, but only alluded in sculpture and painting: The pose of a body and its limbs pointed to a future or past movement. It has to be reasoned and only exists in the viewer’s imagination. The viewers’ movement on the other hand, as they shift to take in different aspects of the art work, is taken for granted. Nevertheless, artists have had the ambition to express movement time and again. German sculptors Veit Stoss or Tilman Riemenschneider, but also Italian Renaissance painters, for example, captured the movement of the onrushing Angel of Annunciation by depicting his fluttering robe, which however appears as though frozen. The great Roman Baroque architects Borromini and Bernini highlighted movement in architecture: The walls of their churches appear to be animated. The diagonal became a compositional principle in Baroque painting. Mondrian and van Doesburg, proponents of the Dutch de Stijl movement, fell out because van Doesburg introduced the diagonal, an indicator for movement, to his work. At the beginning of the 20th century the Italian Futurists addressed rapidity as the dominant dimension of Modernism. Movement remained implicit in all ex- periments. The aspiration of imagining movement is anticipated in the semiotic theory of reception based on the writing of Umberto Eco (“The Open Work”, 1968), according to which art needs the spectator’s imagination in order to complete the work. On our exhibition: John Beechs (US) work has wheels. The painted folds in Herbert Warmuth’s paintings (Ger) and the real folds on Franziska Reinbothe’s (Ger) wall objects bear witness to a past movement. Charlotte Posenenske’s (Ger) open installations of the steel sheet tubes are fragments and may be con- tinued. Sandra Kranich’s (Ger) work results from a firework. Michael Reiter’s (Ger) jolly trellis may be moved. Martina Wolf’s (Ger) work is a “moving image”, in so far as in what appears at first to be a photograph suddenly occurs move- ment. Axel Malik (Ger) writes his “signs” with high speed, thus circumventing the influence of his consciousness. Jochem Hendricks’ (Ger) eye drawings are computer transformed manifestations of his eye movements while contempla- ting. Monika Grzymala’s taut strips of adhesive tape hint at explosive processes. William Anastasi’s (US) ‘subway drawings’ are a seismographic representation of the juddering of the New York subway. Kirstin Arndt’s (Ger) wall objects are expanded according to the scissor principle. Hiroko Nakajima’s (J) paintings are based on the quick brushstrokes of the Japanese calligraphy. Willy de Sauter’s (NL) work shows a succession from white to black. The photos of Guy Mees (Be) show a variation. On Ann Veronica Janssens’ (UK) ringlike object light evokes a seeming movement. - Burkhard Brunn