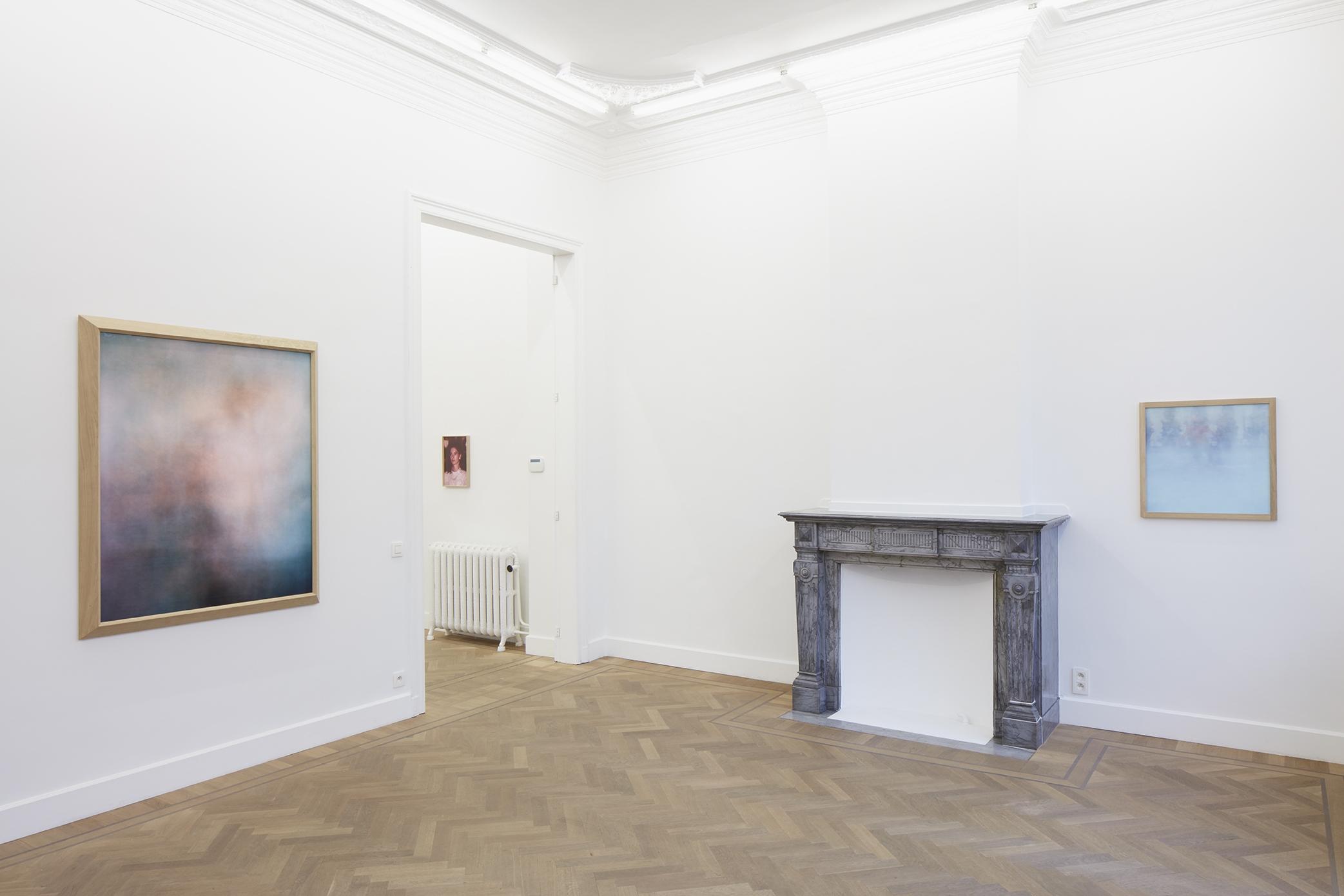 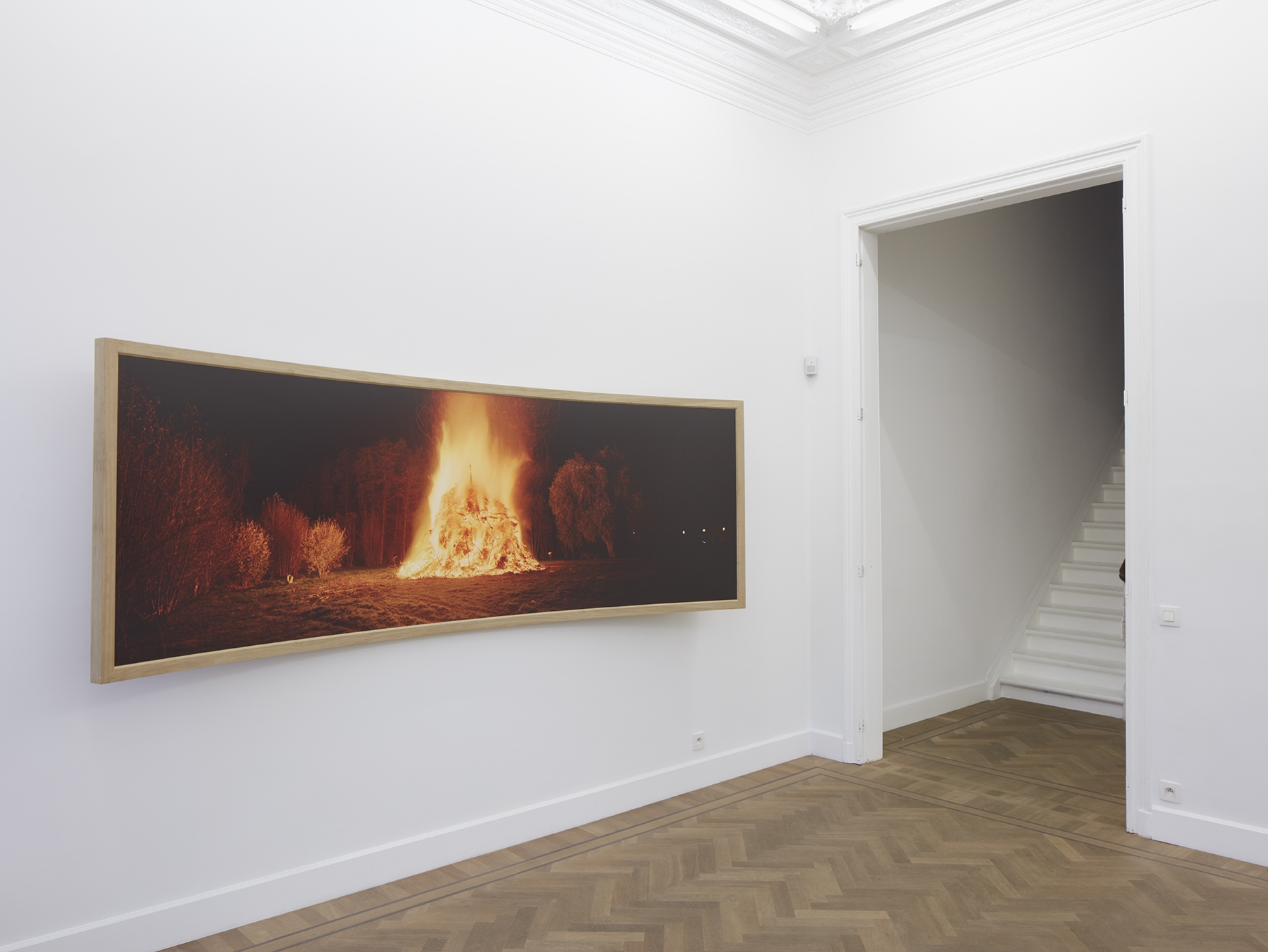 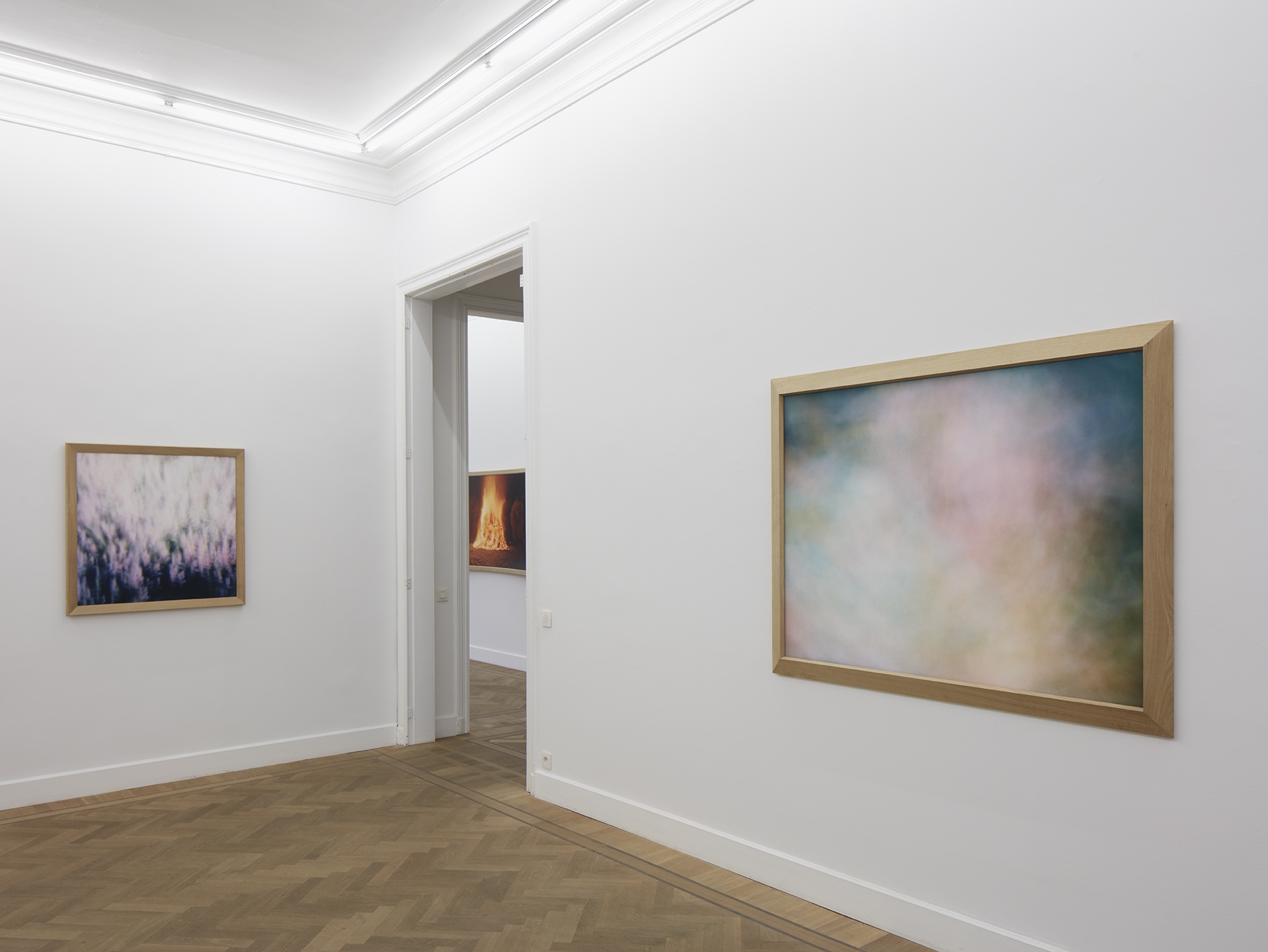 Hololool is the first exhibition in a new, deeply personal project called Sunville. After his family went through a number of emotional events, Ives Maes (Belgium, °1976) instinctively picked up his camera and went on a trip through his native village of Zonhoven, using expired negatives to record what he saw. The landscape he captured with his camera was the witness to his youth. The sun, which not only lent the town its name but also symbolises photography as a medium that uses light, became the main character of the series that gradually took form. The story Ives Maes narrates in this exhibition culminates in the pagan Hololool ritual, which was renamed the St. Martin's fire in the Christian tradition. This event, held November 11, celebrated the close of the harvest and the beginning of winter. People would pile up logs to make a huge pyre that was capped with a life-sized figure and that served as the start signal for a drunken manhunt. To this day, the sinister image continues to symbolise the closure and leaving behind of a particular period, with the prospect of a dark winter ahead. This tradition is still very alive in Zonhoven and gave Maes some of his most intense childhood memories. In a further attempt to reconnect to his origins, Maes also revisited old Super 8 clips his father used to make, discovering countless memories and reflections. By photographing the projections, the artist creates a hazy image, an abstraction with a melancholic undertone. The film's saturated colours further contribute to this abstraction, which also deflects the personal motivations that prompted the series, this way allowing viewers to fashion their own meaning. The expired negatives account for the remarkable filter over the developed images. The photos appear to have been digitally altered - but they weren't. The singularity of each individual work honours the personal story that lies at the origin of the series. Their authenticity and abstraction expands the scope of Ives Maes' works beyond the realm of photography, and instead brings to mind other forms of art such as painting and installation art. Ives Maes in fact trained as a sculptor but he is a multidisciplinary artist first and foremost. His recent photography work developed from his visual research into temporary architecture. As part of a PhD in arts he is completing at KASK and Ghent University, Maes explores the sculptural and architectural possibilities offered by photography. Using a 3D printer, he experimented with converting photos into sculptures. By experimenting with curved frames, Maes continues to reflect on the possibilities to lend a photo sculptural qualities. A curved photo not only offers a three-dimensional view that strengthens the perspective and emphasises its subject, but also establishes a special dialogue with the exhibition space's architecture. The Hololool exhibition is in direct dialogue with a forthcoming solo exhibition at the Museum Dhondt-Dhaenens scheduled for April 2018. The artist will further experiment with unique photo installations and photo objects in this show. The six seasons during which the images were taken are divided over these two locations and two exhibitions, which together form a two-part series. In a final symbolic nod, the Sofie Van de Velde show will close on the day Hololool is traditionally observed.