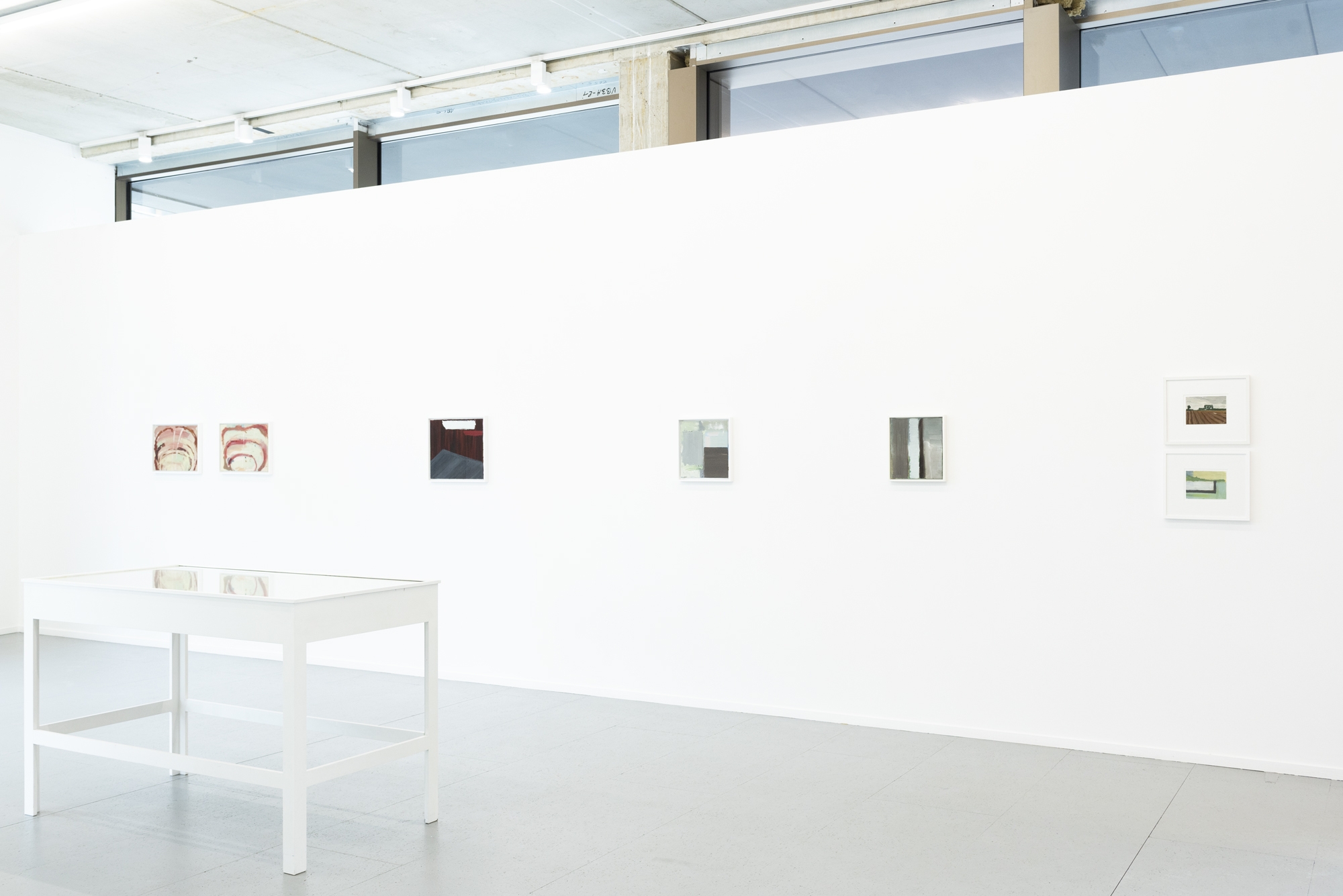 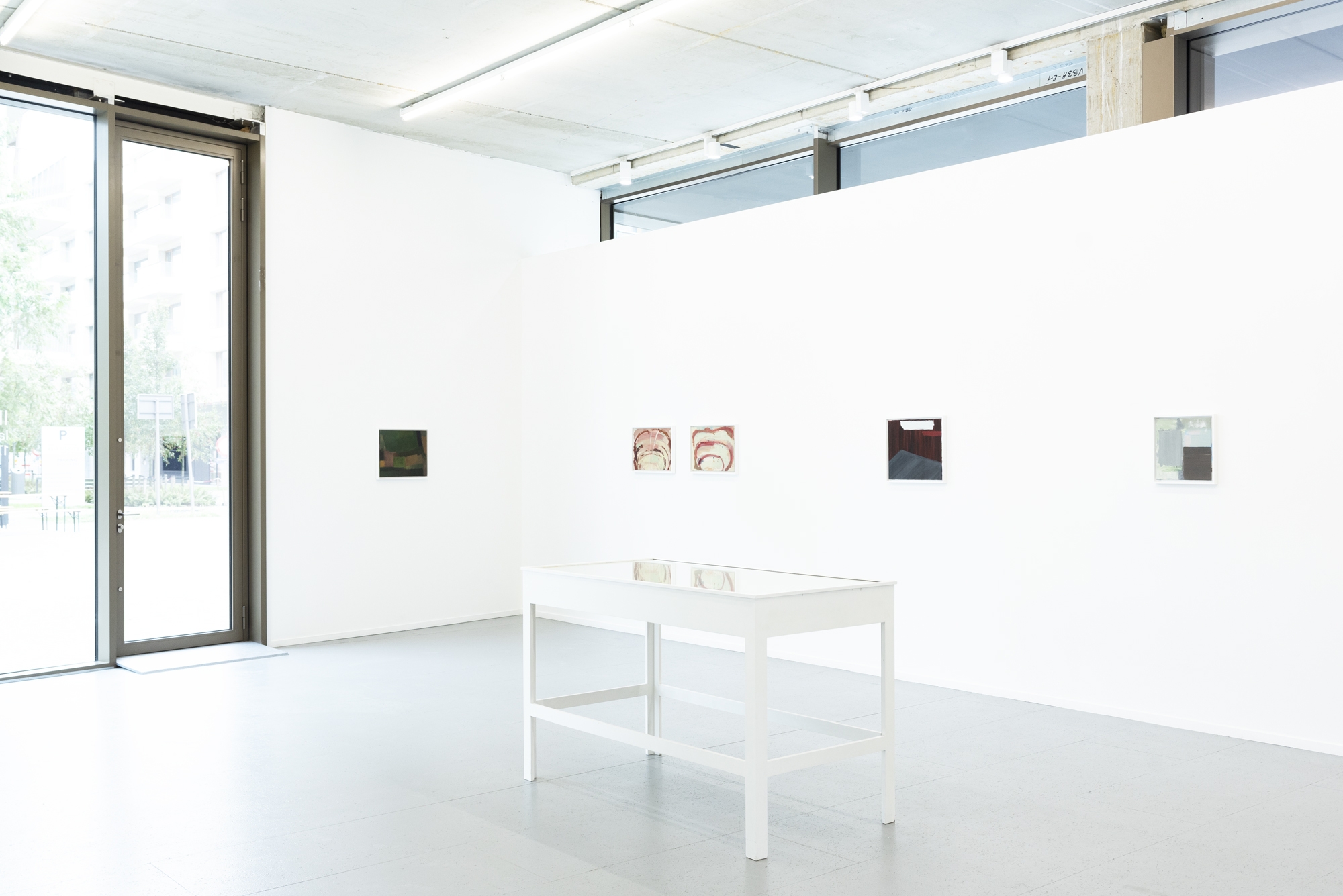 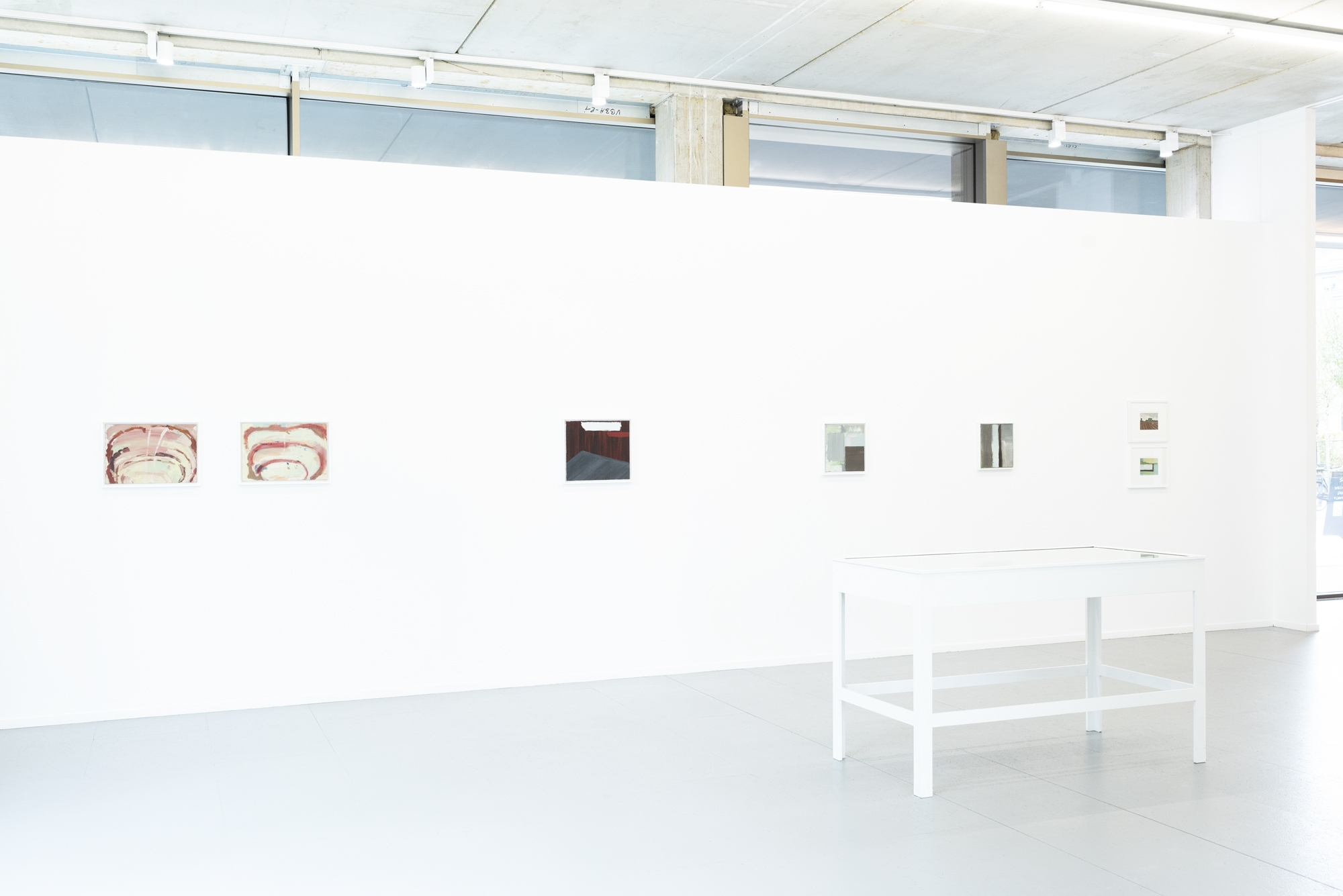 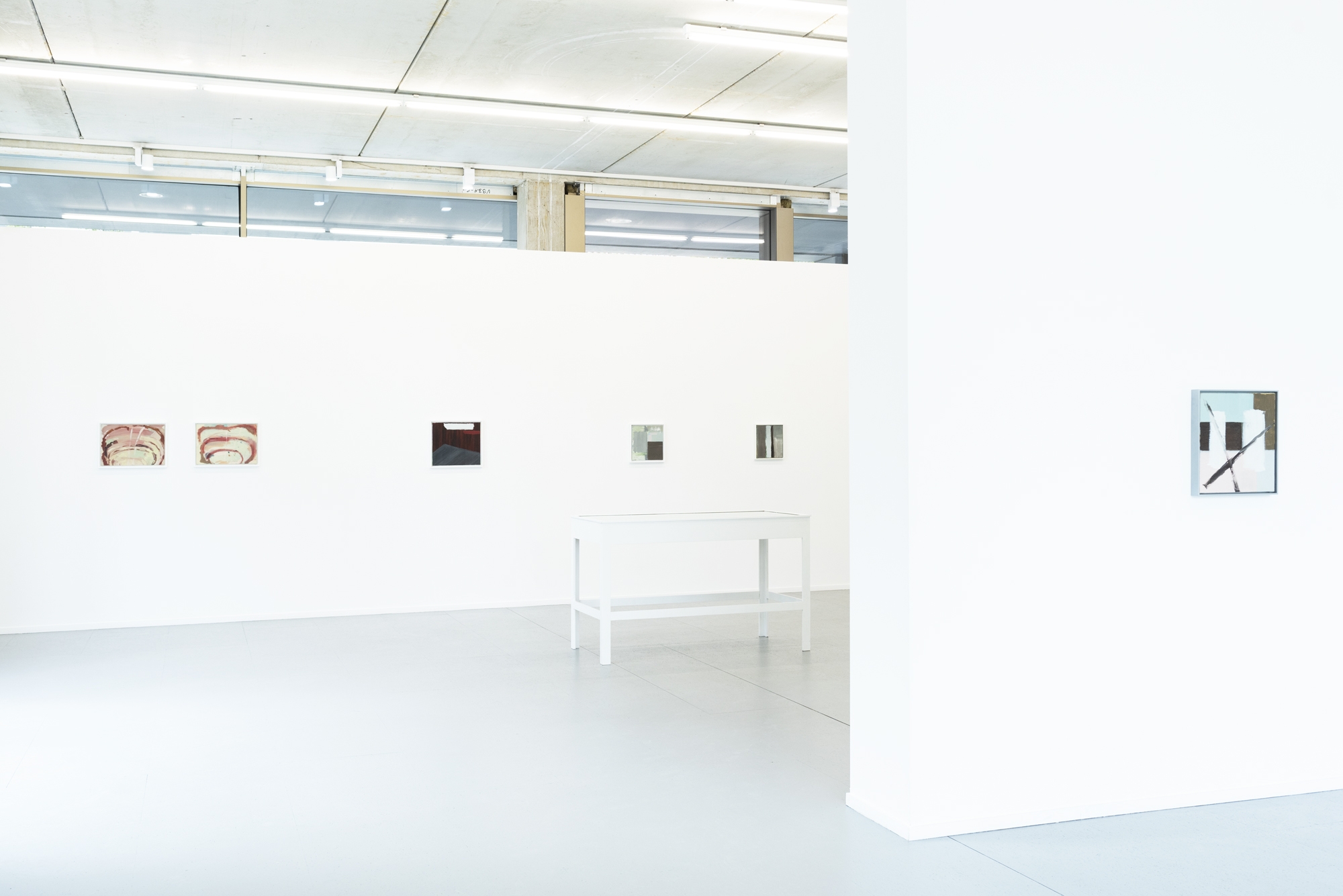 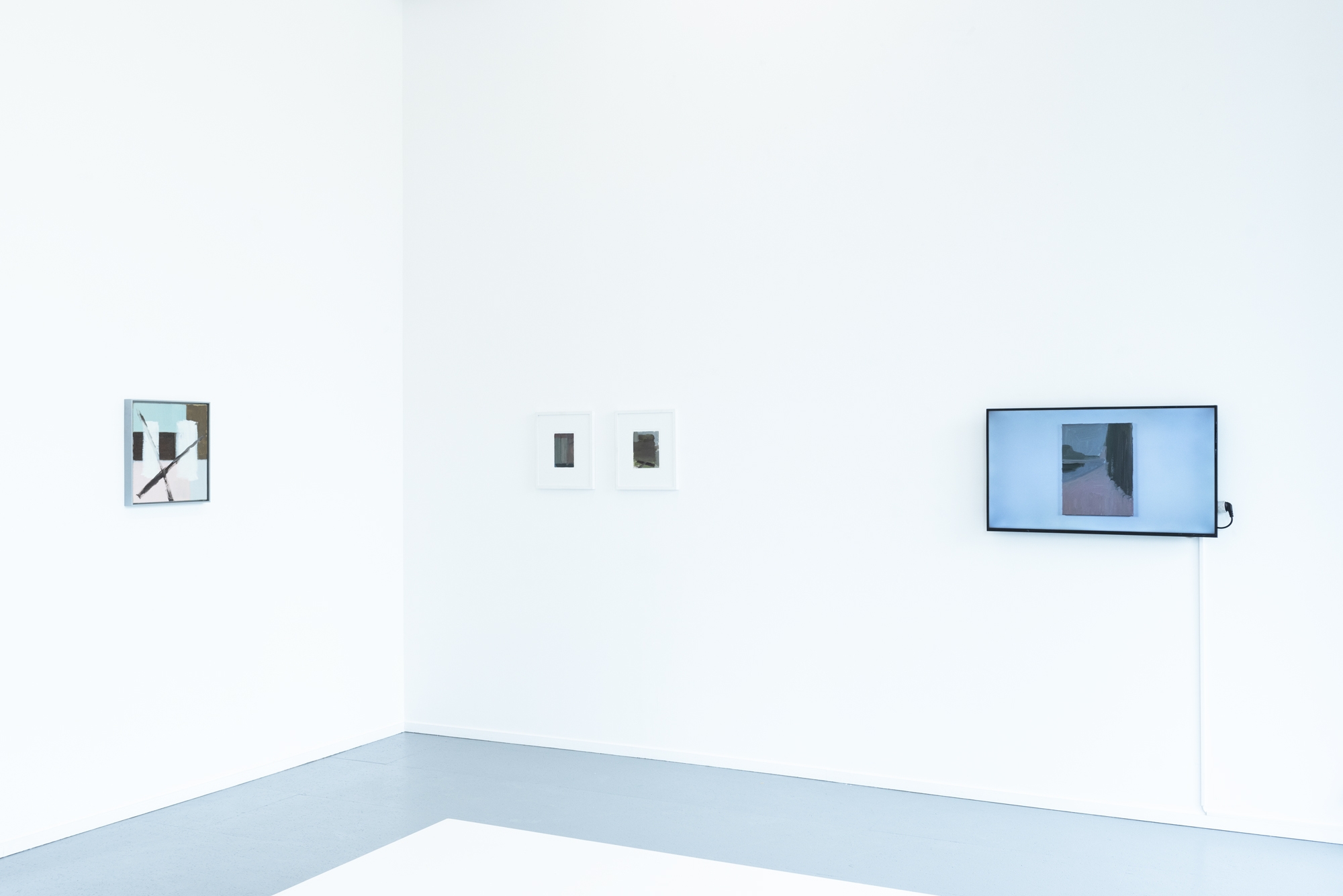 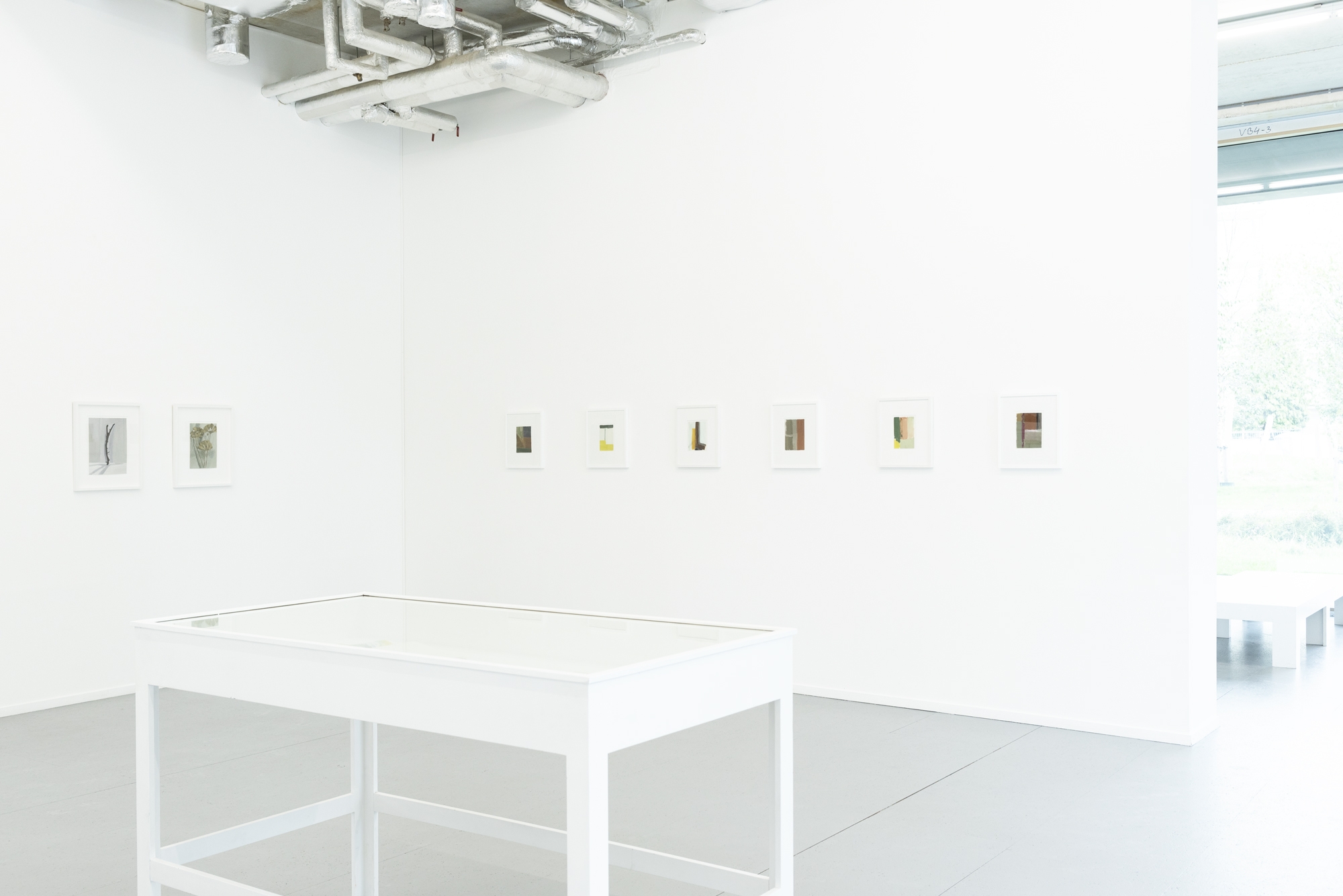 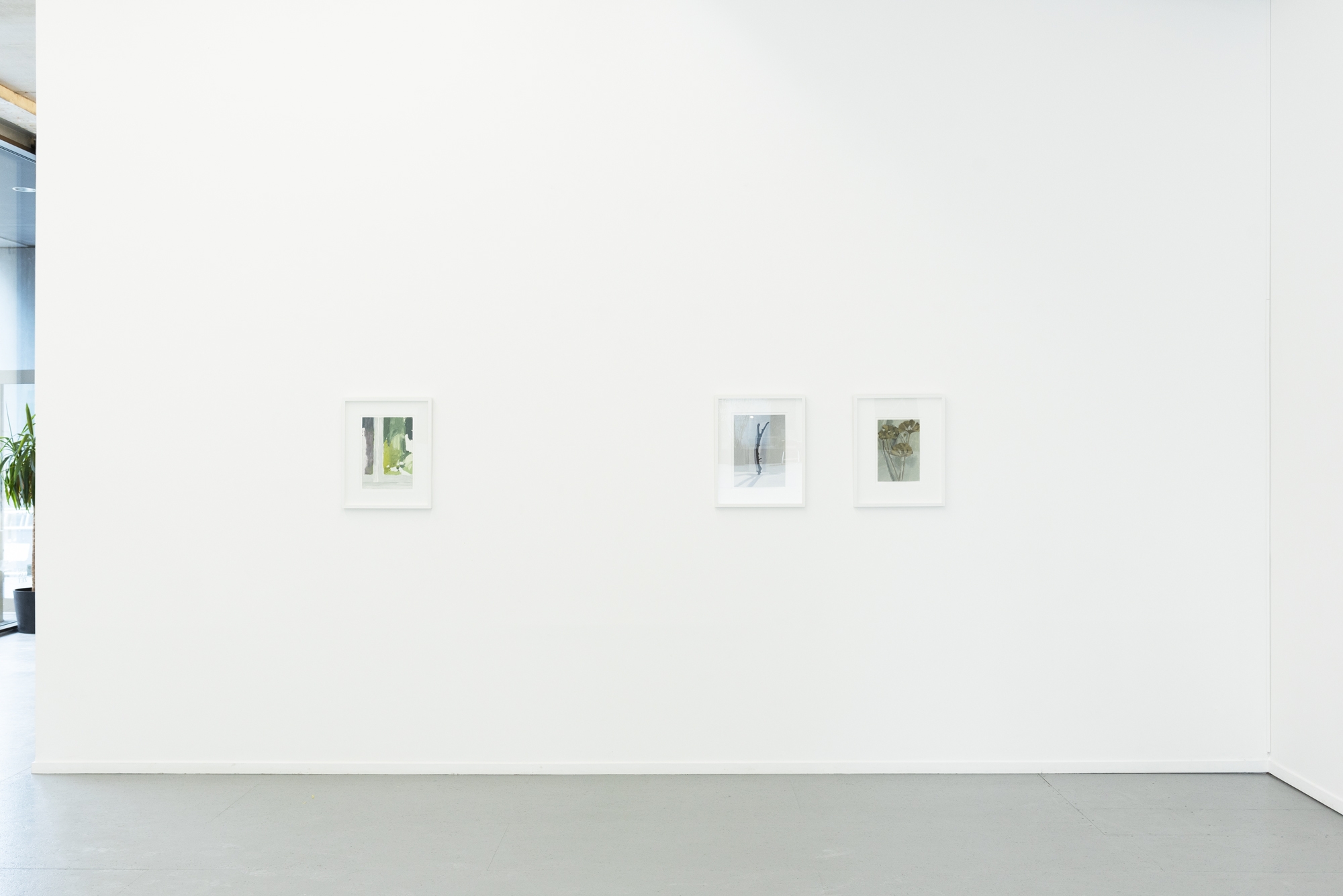 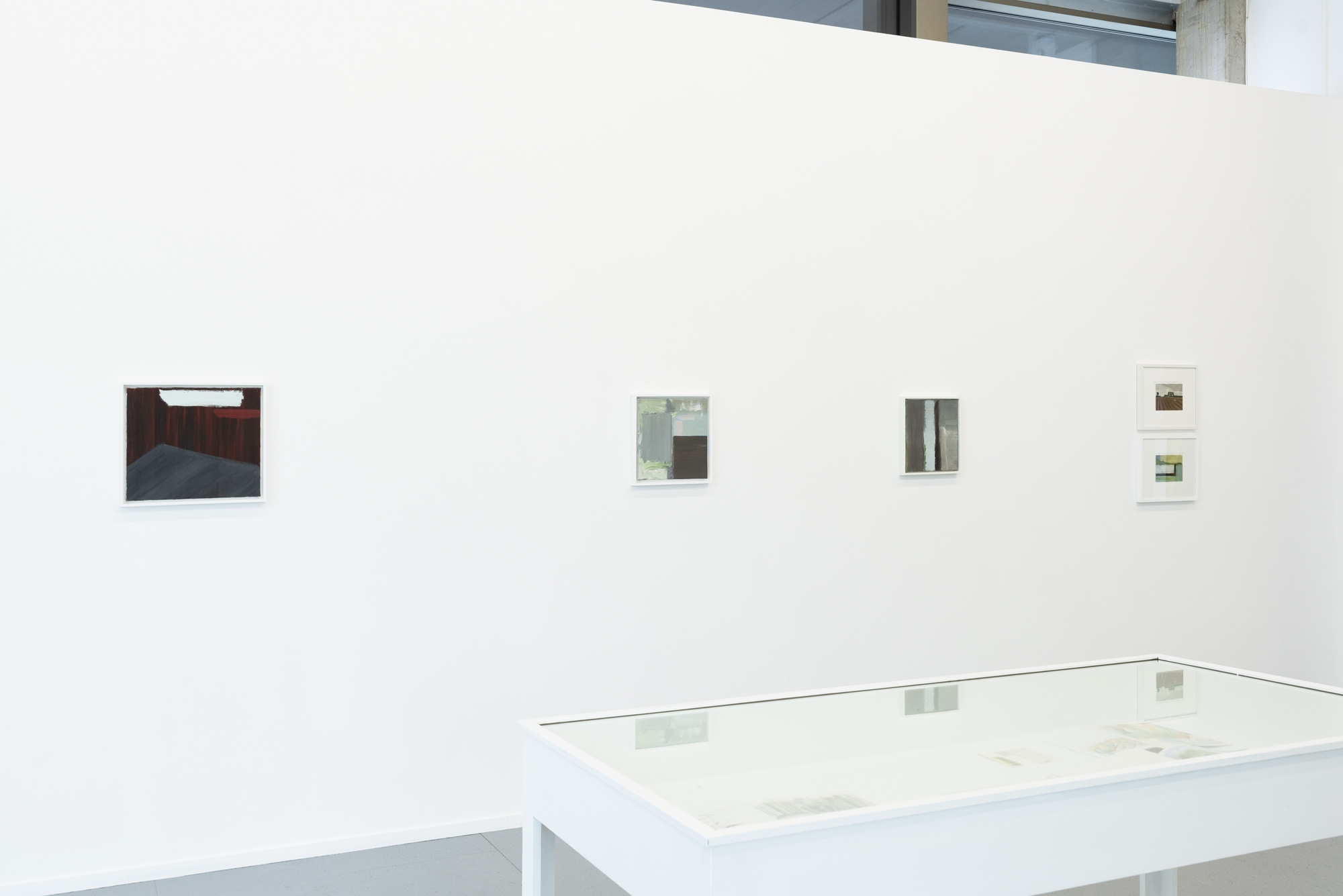 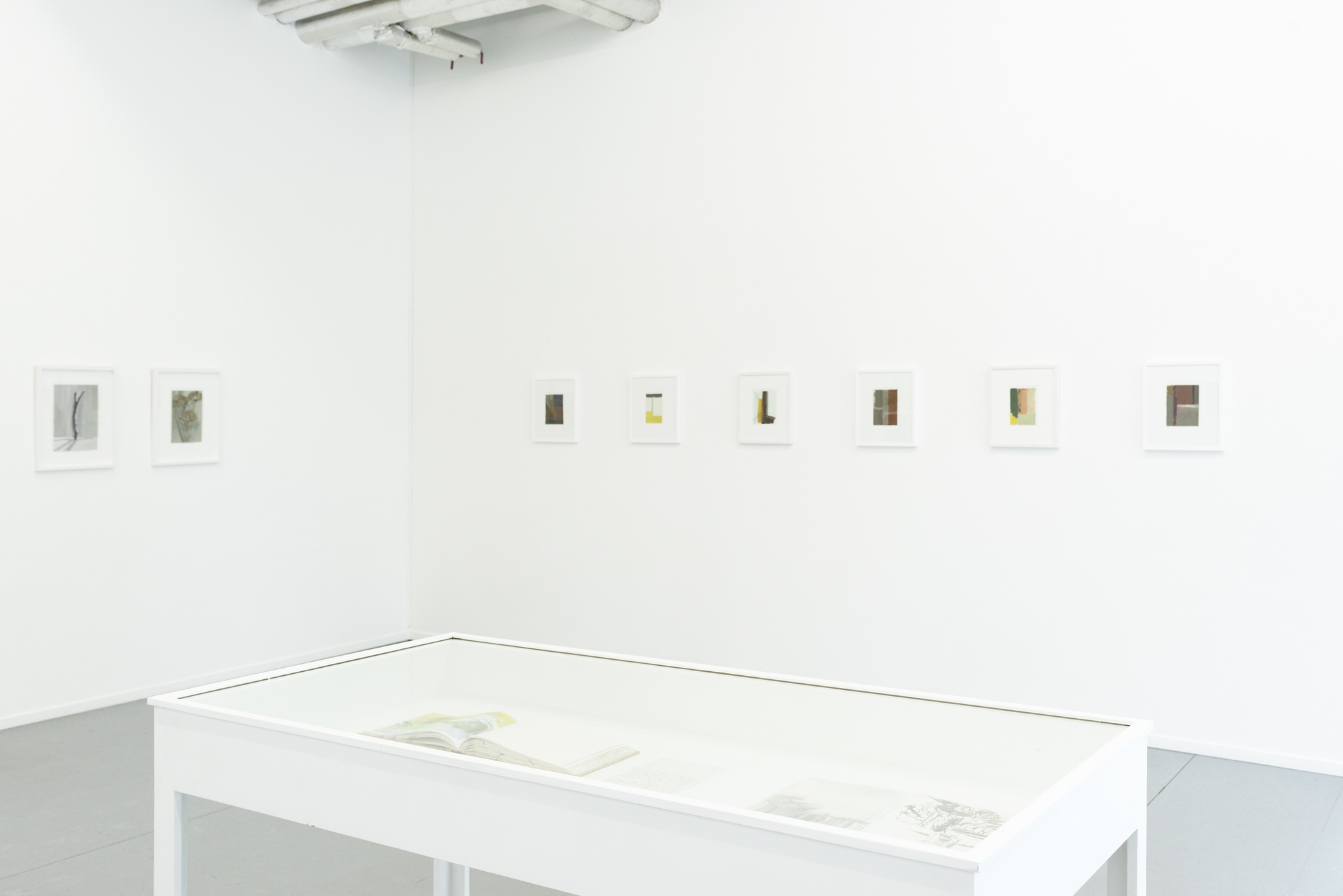 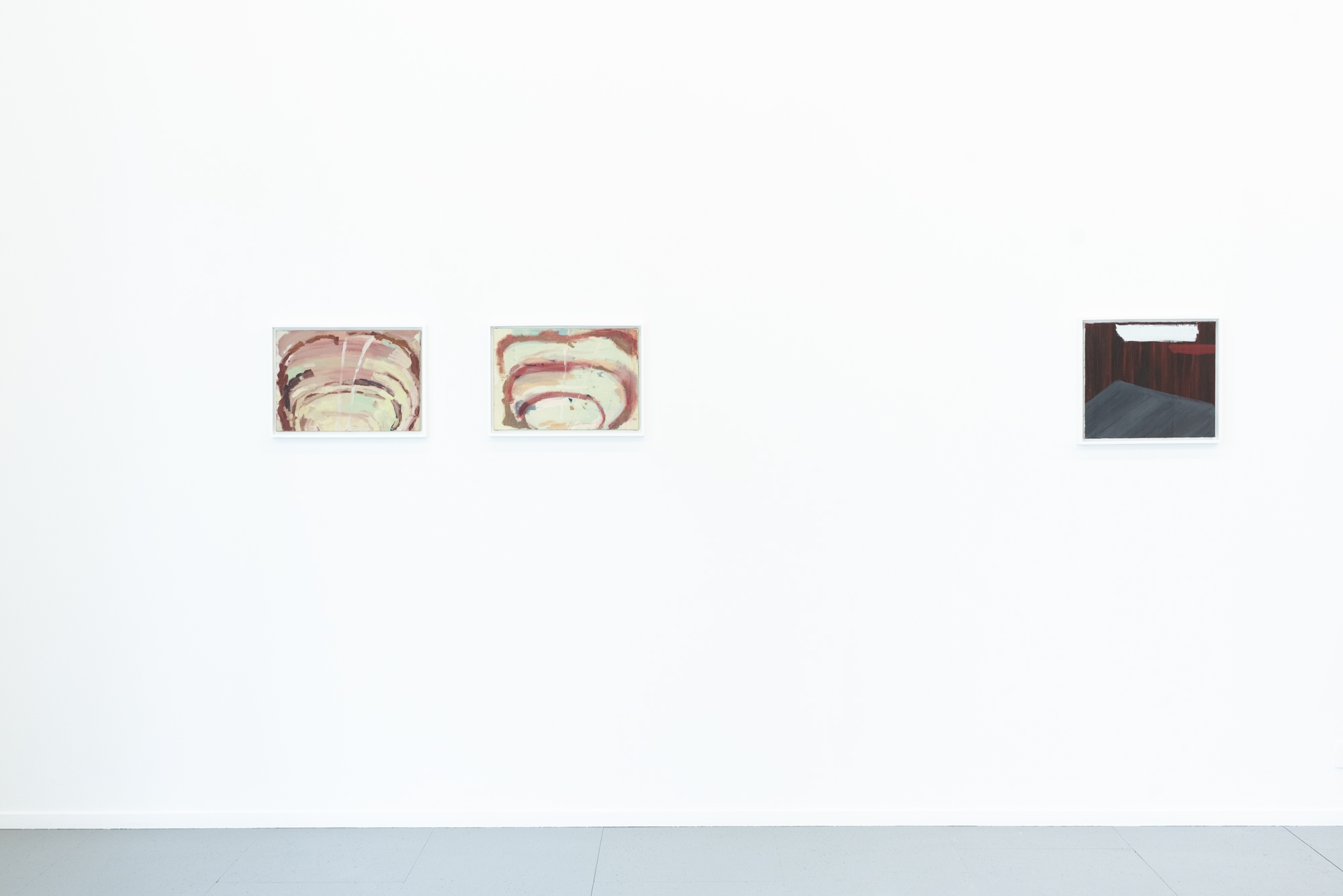 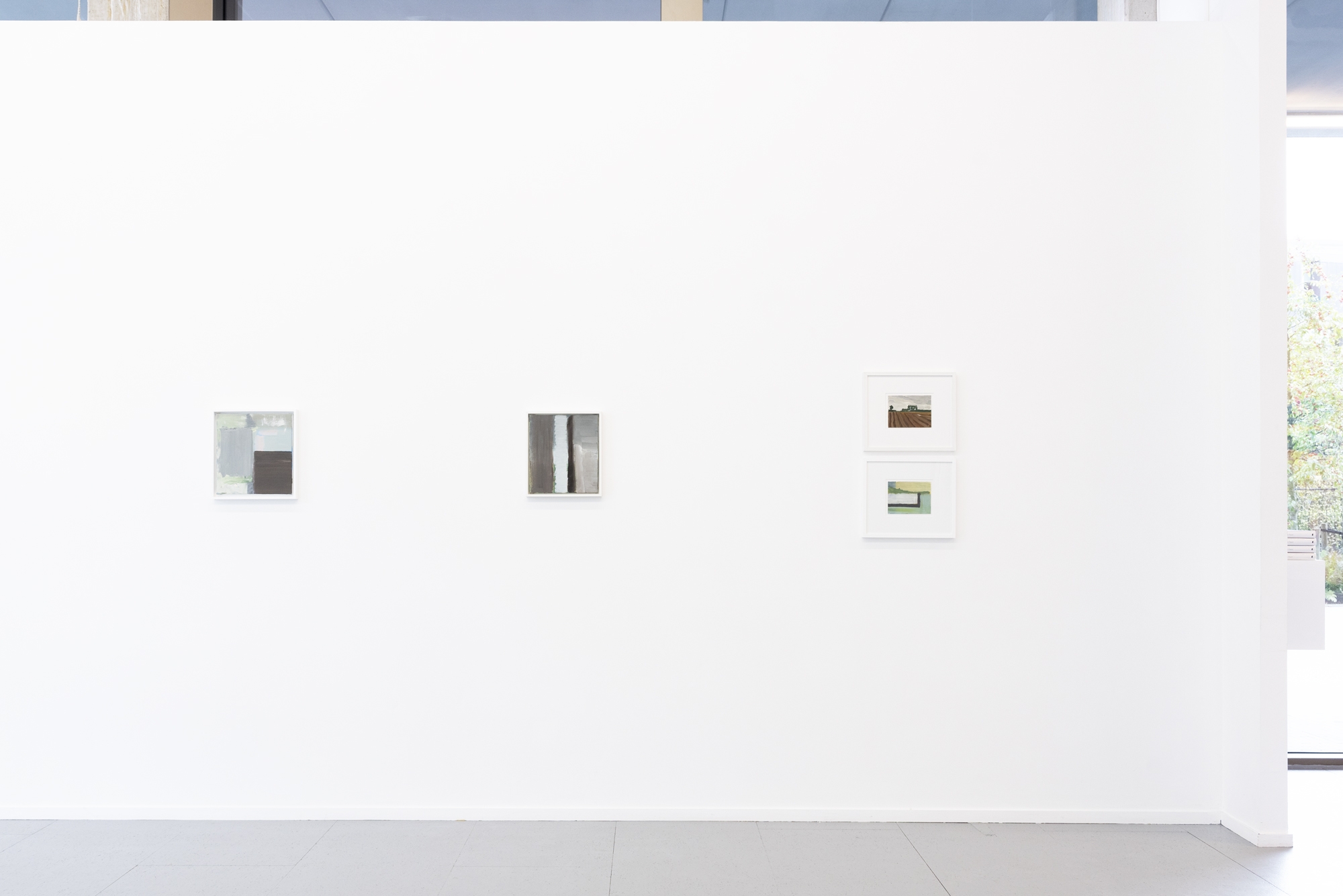 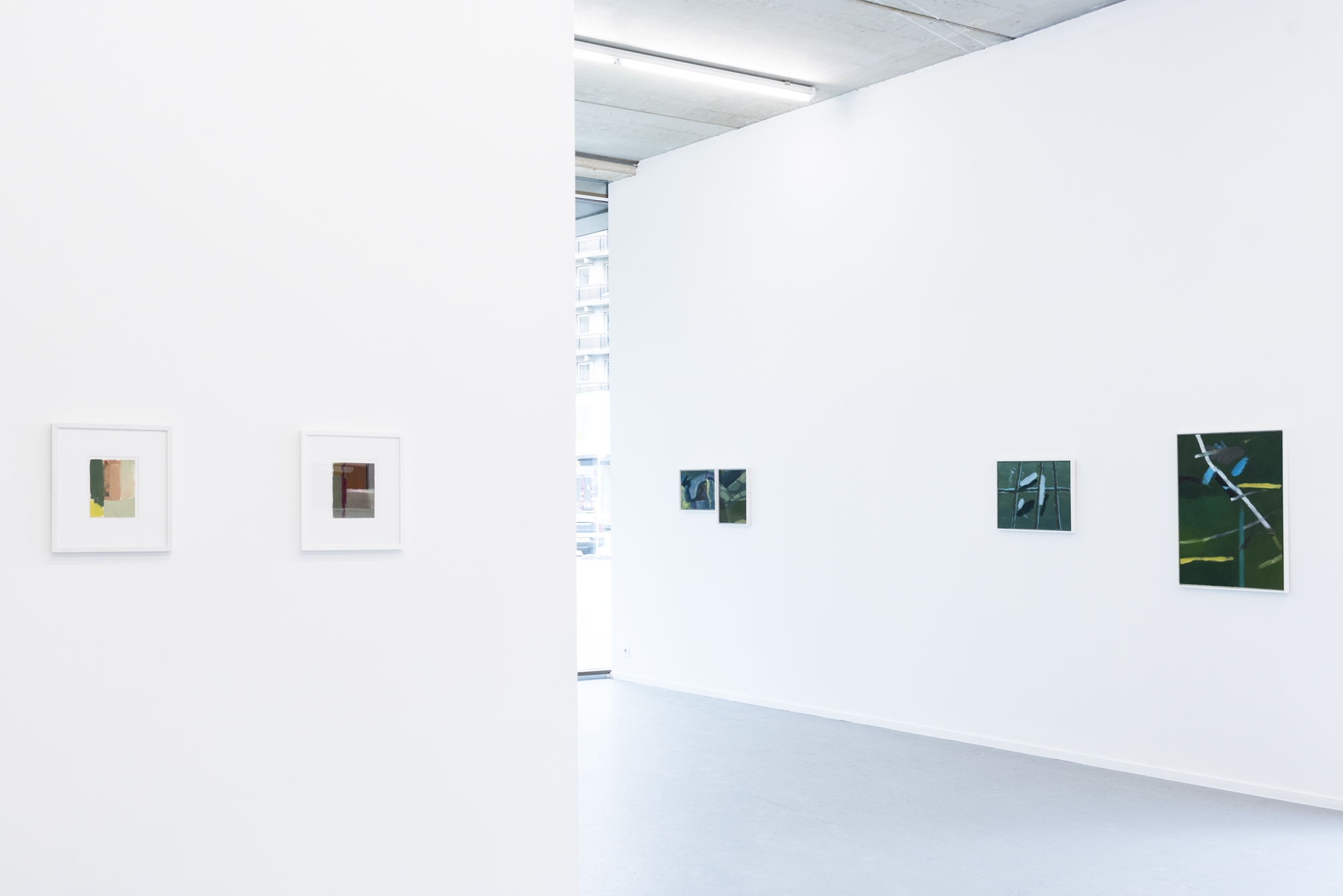 Gallery Sofie Van de Velde in collaboration with The Estate of Ilse D’Hollander presents a selection of paintings and gouaches by the Belgian painter Ilse D’Hollander (1968-1997). Though the works have the character of landscapes, they do not depict any specific location, but rather a mental space that is sometimes referred to as an ‘inscape.’ Ilse D’Hollander studied art in Antwerp and Ghent. The influence of French painter Nicolas de Staël can still be discerned in her early work, as evidenced by several large gouaches in which greens and reds dominate. Impressions she absorbed on long walks would provide material for her paintings, which can be seen as after- images of her wanderings. The abstract images record her memories of the rolling hills, the still water of the canal, the fruit trees in the orchard. Sketchy, incomplete, not entirely accurate and with few details – just like memories themselves. In the 1990s D’Hollander’s work became more compact, as she began to produce brisk, bold compositions consisting of simple stripes and blocks, fields and strokes of colour. These compositions are baffling in their simplicity, beauty and efficacy. ‘A painting,’ D’Hollander once noted, ‘emerges when thoughts and painting itself coincide.’ The paintings mark a transitional zone where the landscape imperceptibly turns into the inner world of the artist. D’Hollander spent the final two years of her life in Paulatem, a small village in the Flemish Ardennes. She is said to have been able to work for nights on end, until she literally and figuratively fell asleep on the floor of the studio. D’Hollander’s occasionally euphoric urge to work was an intrinsic part of her artistic practice. It resulted in bold, powerful works of great intimacy. Although the work is restrained to a certain extent, nothing is final or complete, as if at any moment it could turn into its opposite. She shared this assured uncertainty with Raoul De Keyser, who greatly admired his younger fellow artist. In 1997, just at the point when her work had begun to flourish, Ilse D’Hollander took her own life, at the age of only 28. She had had only one solo exhibition and few people had been lucky enough to buy her work. Appreciation of D’Hollander’s exceptional oeuvre has now grown enormously. Her paintings and gouaches are shown by leading galleries in Europe and the United States, and discussed in glowing terms in the international press. In 2013 Museum M in Louvain presented a major solo show of her work; FRAC Auvergne in Clermont-Ferrand followed suit in 2016. This exhibition at Galerie Sofie Van de Velde is the third solo show of work by Ilse D’Hollander. Dominic van den Boogerd, 2020