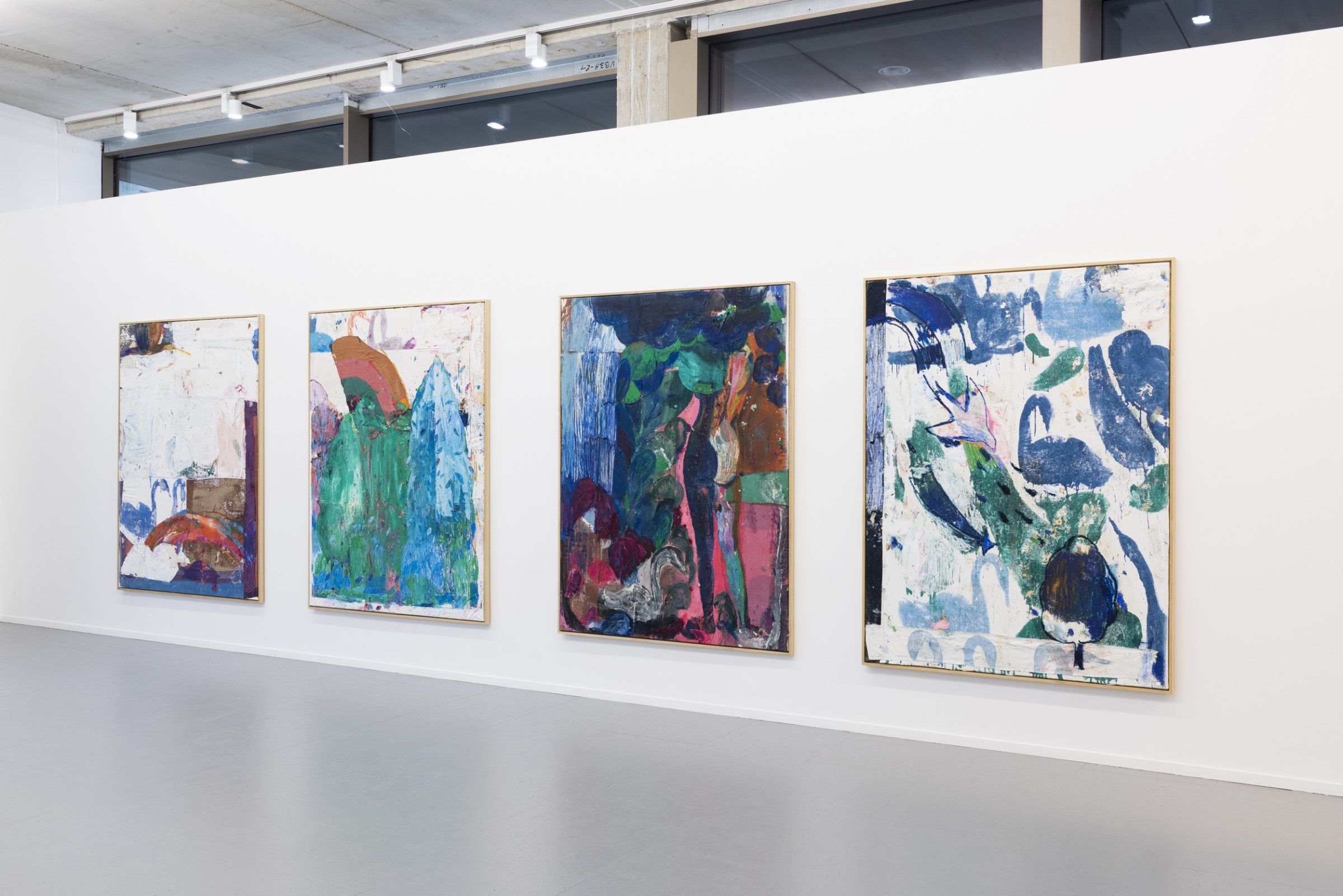 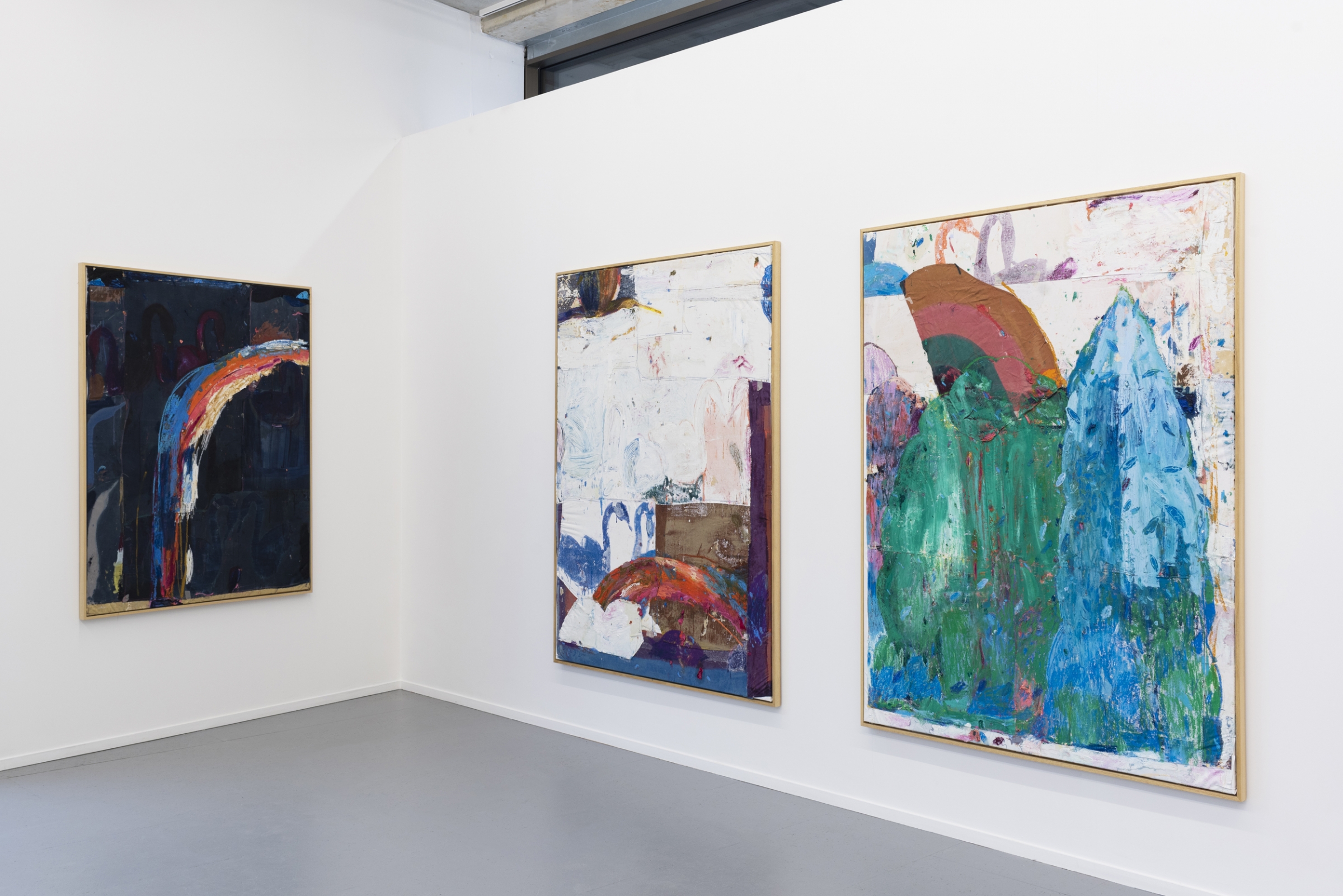 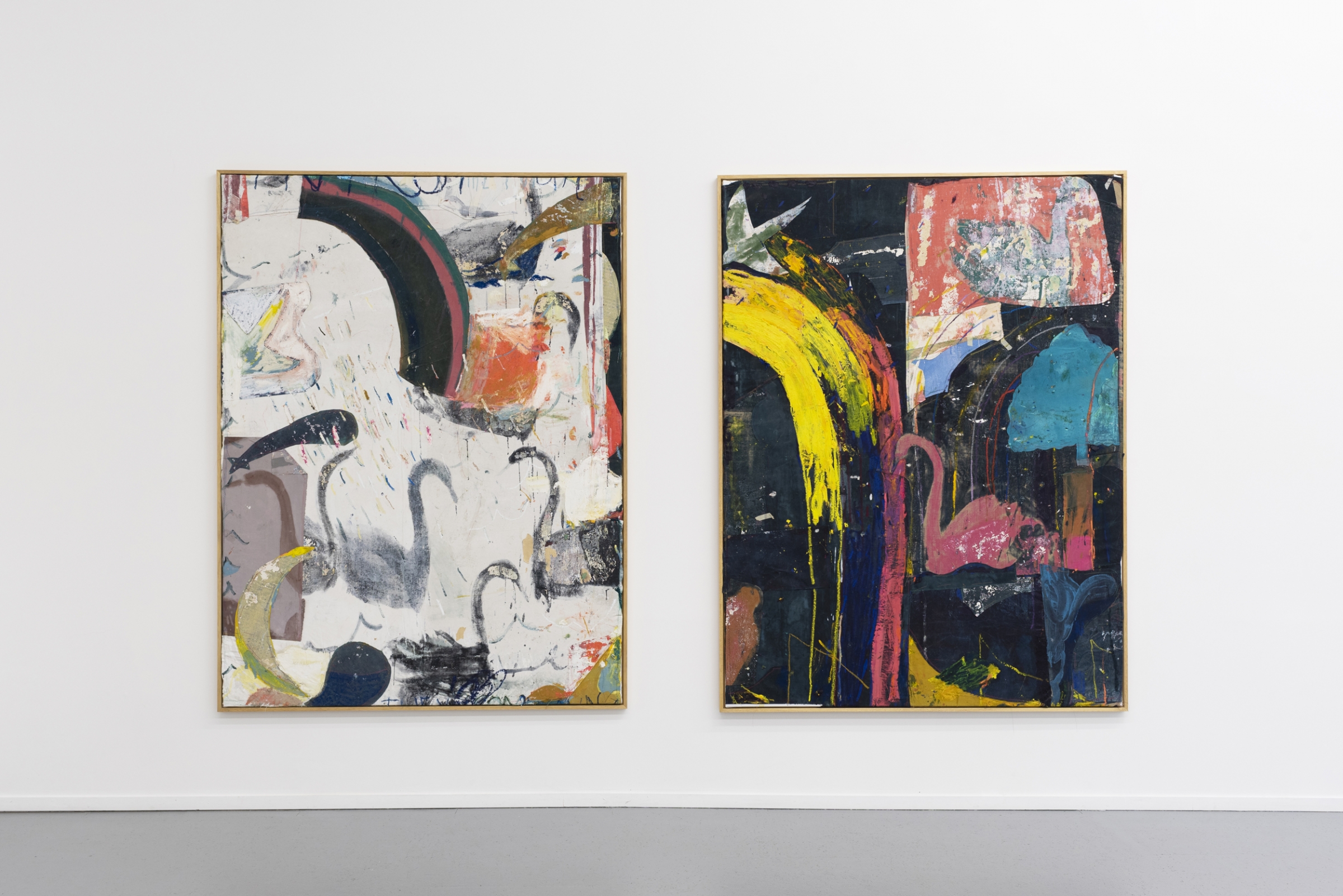 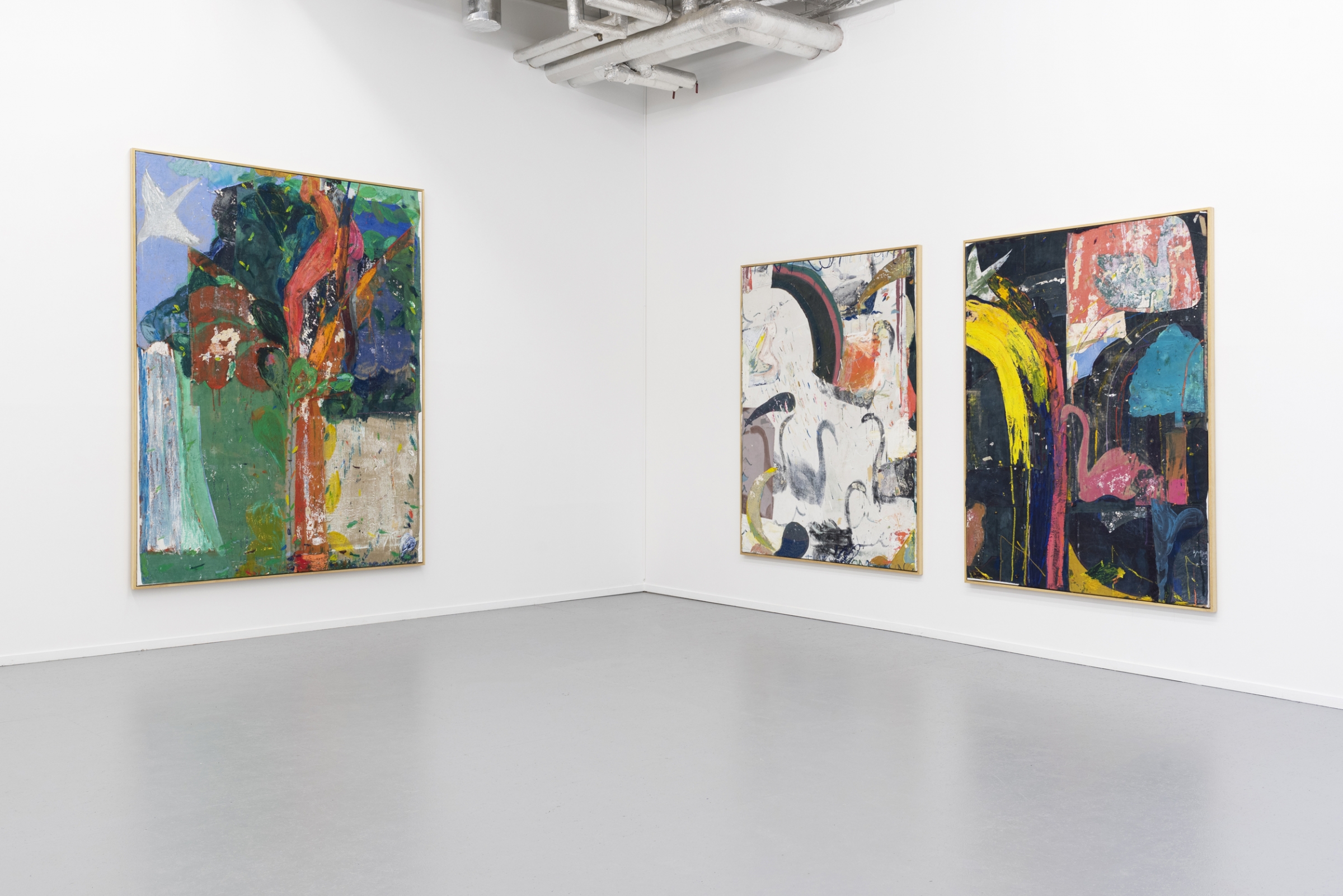 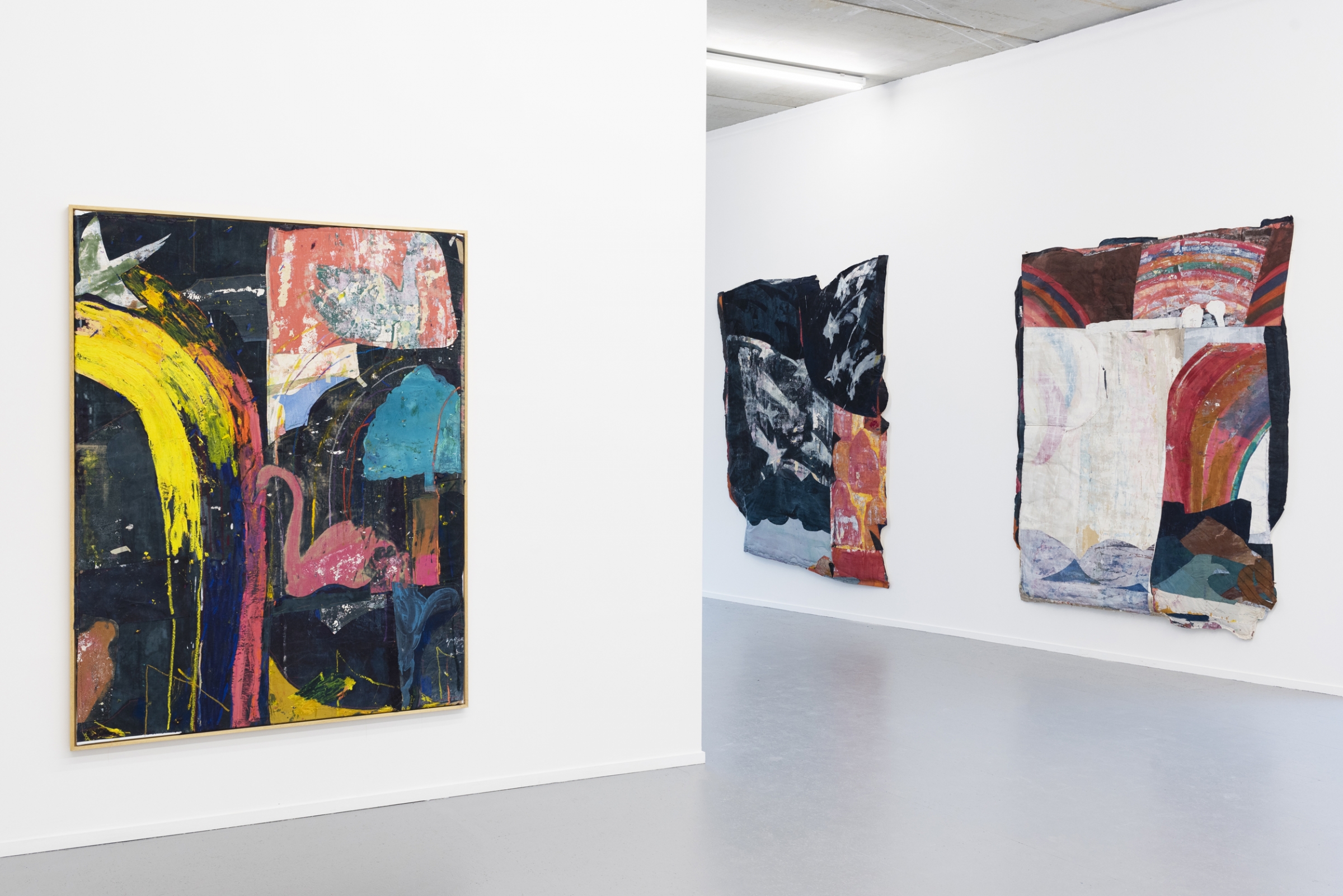 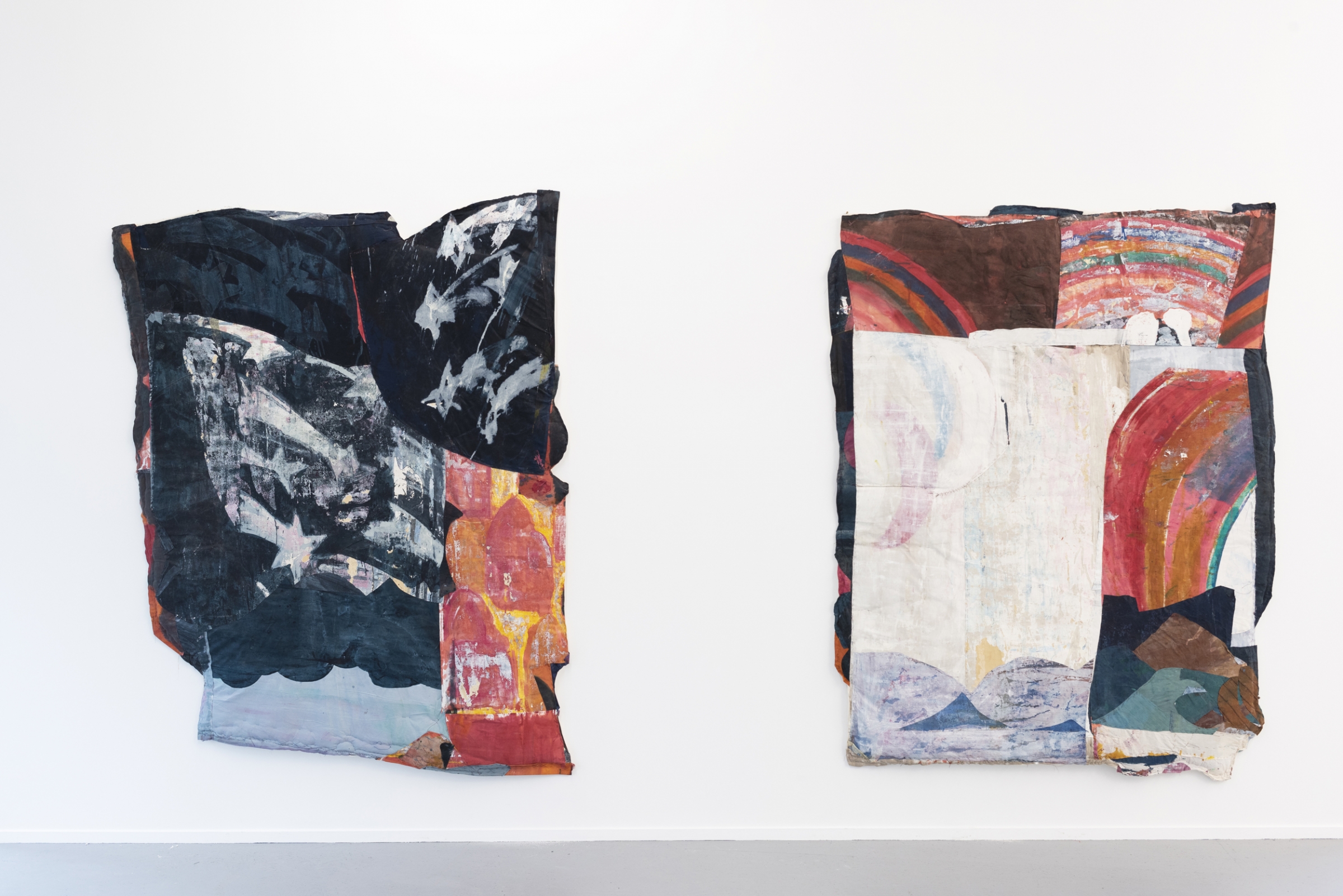 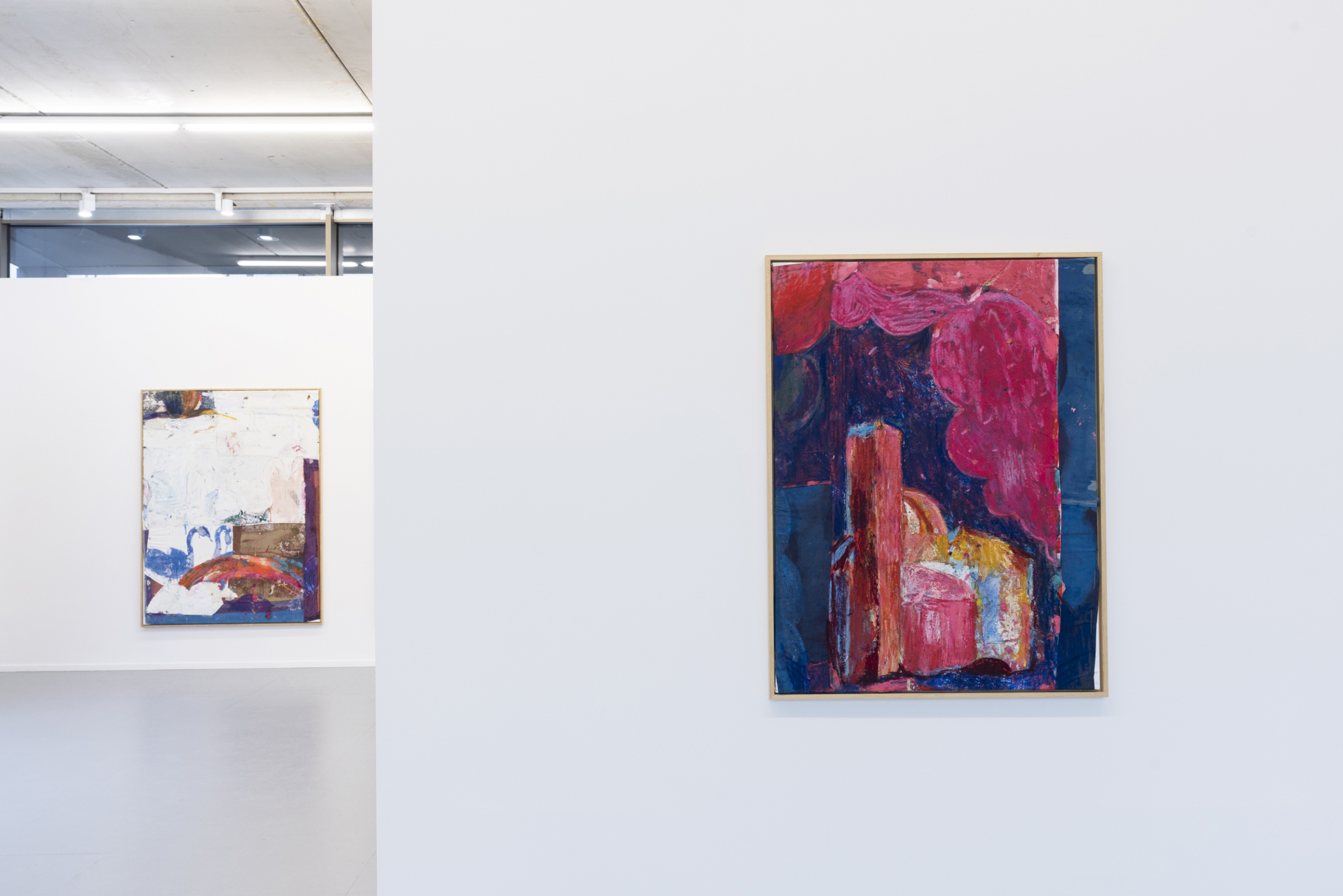 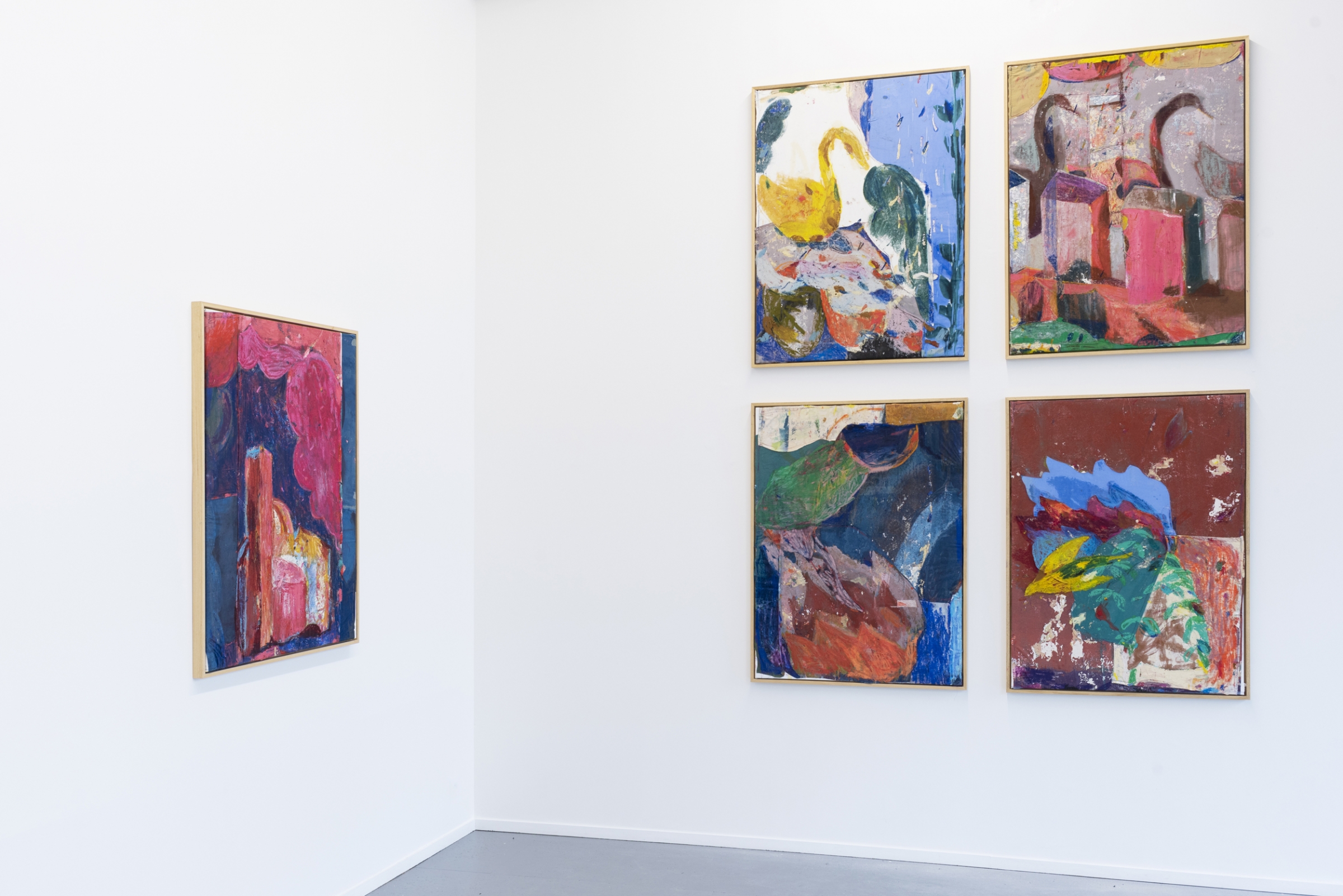 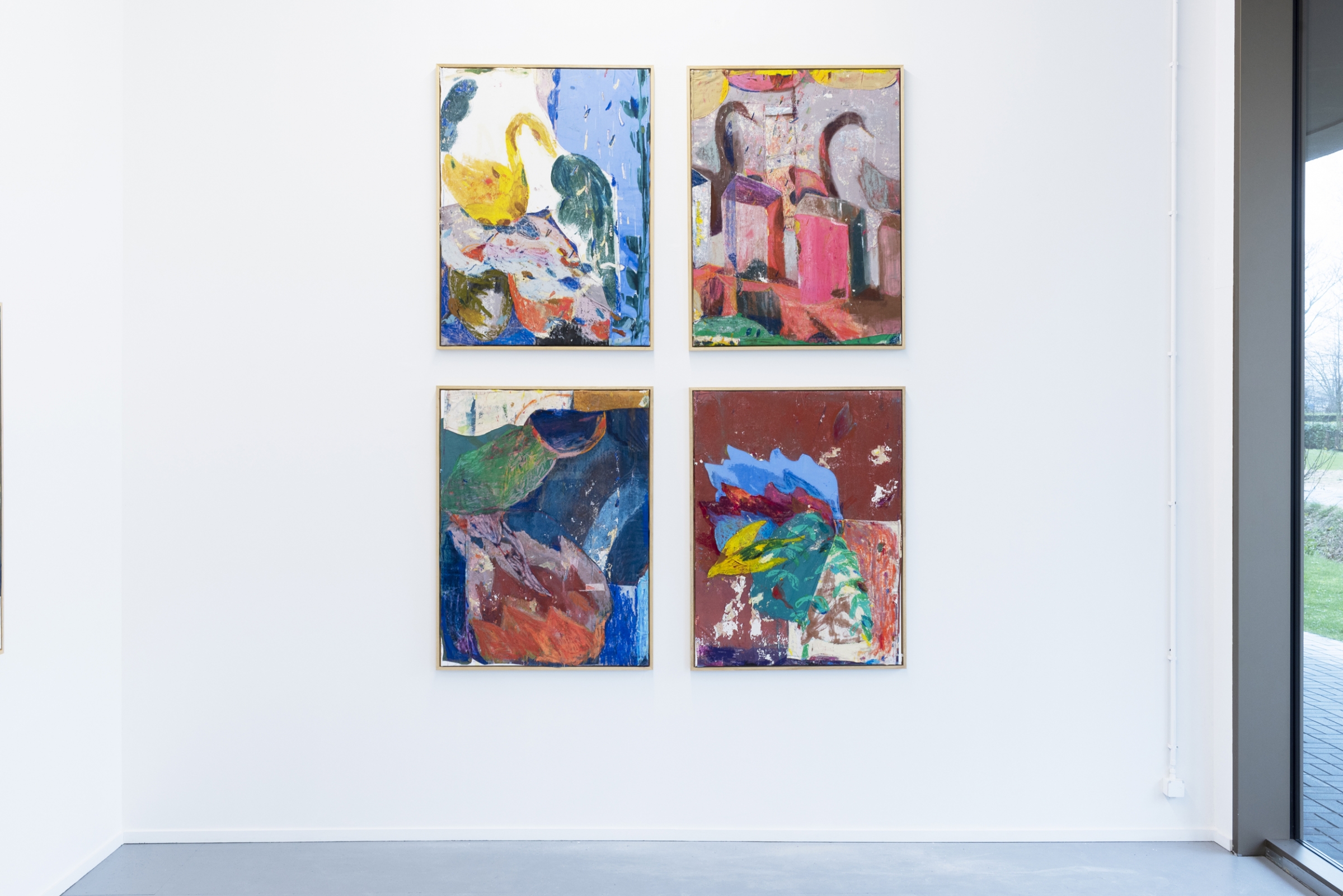 Gommaar Gilliams – In the ballpark Monumental paintings occupy the space. All works are communal, as if they belong together. Every painting builds on the previous one. They hold ground between a conscious manipulation of meaning and an almost physical desire for expression. This merger of serious research and spontaneous movement comprises the new solo exhibition of the Belgian artist Gommaar Gilliams. When Gommaar Gilliams opens up about his work, he refers to Arcadia. The Arcadia is an historical term that has been in use since Roman times designating an imaginary, idyllic place. This concept is the starting point of Gilliams’ paintings, in which he ties together various painterly influences. From Italian frescoes and Renaissance figures to East-Indian miniatures. He uses this symbolism, derived from different periods and cultures, to populate his paintings. Gilliams is a lone wolf in his own painted world, utterly inescapable and sovereign. The symbols in his works refer to a world characterized by melancholy, desire, and the duality between day and night. Gilliams casts a spell of poetic and allegorical narratives and transforms elements such as rain, flora, swans, rainbows and buildings into painterly motifs. Rather than providing those images with a new meaning, he is concerned with the image itself. Viewers are not obliged to decode all references, follow every twist and turn in his symbolism. These are merely a guide, the conveyance of an emotion. The titles often are textual references, which the artist considers literary associations with the overall atmosphere of the paintings. ‘In the ballpark’ is an English idiom, which means ‘approximately. If someone or something is in the ballpark, their ideas, actions, or estimates are about right, yet not exactly. This also applies to Gilliams’ work. While he seeks for a way to convey an atmosphere or feeling to the canvas, he reaches for a world that is elusive. One that merely exists in the imagination, which he attempts to make it tangible through painting. At the same time, ‘a ballpark’ is a playing field. For Gilliams, the paintings are a place where he can be a child once again. Where color and form prevail, where a game is played using symbols and conventions. ‘This ‘ballpark’ is his contemporary equivalent of the ancient Arcadia. It is the way of painting that determines everything. Because of the size of the work, painted gestures gain importance. They rhythmically dance across the canvas. Gilliams seeks tactility. The format invites the viewer to come closer, to investigate the different textures. As if you could almost go inside. The paintings are a mental refuge that herds the individual desires of the artist, but also those of the viewer. The painterly gesture is further emphasized by Gilliams’ working method. He lets himself be guided by what happens. He cuts and recuts his canvases, and almost surgically reattaches them. Each stroke and each seam are determined by composition. In order to add more weight to the gesture, his canvases are stuck to the wall during painting, leaving behind the unmistakable remains of the studio and the physical work. They are traces that cannot be retouched and show the system behind a coincidence. Gommaar Gilliams does not reinvent painting, but puts it in perspective. He looks for the moment of origin and reveals the loaded history of the painted image. He cuts it open as to expose the conditions of painting, just to literally sew them back together afterwards. Astrid Vereycken, 2020