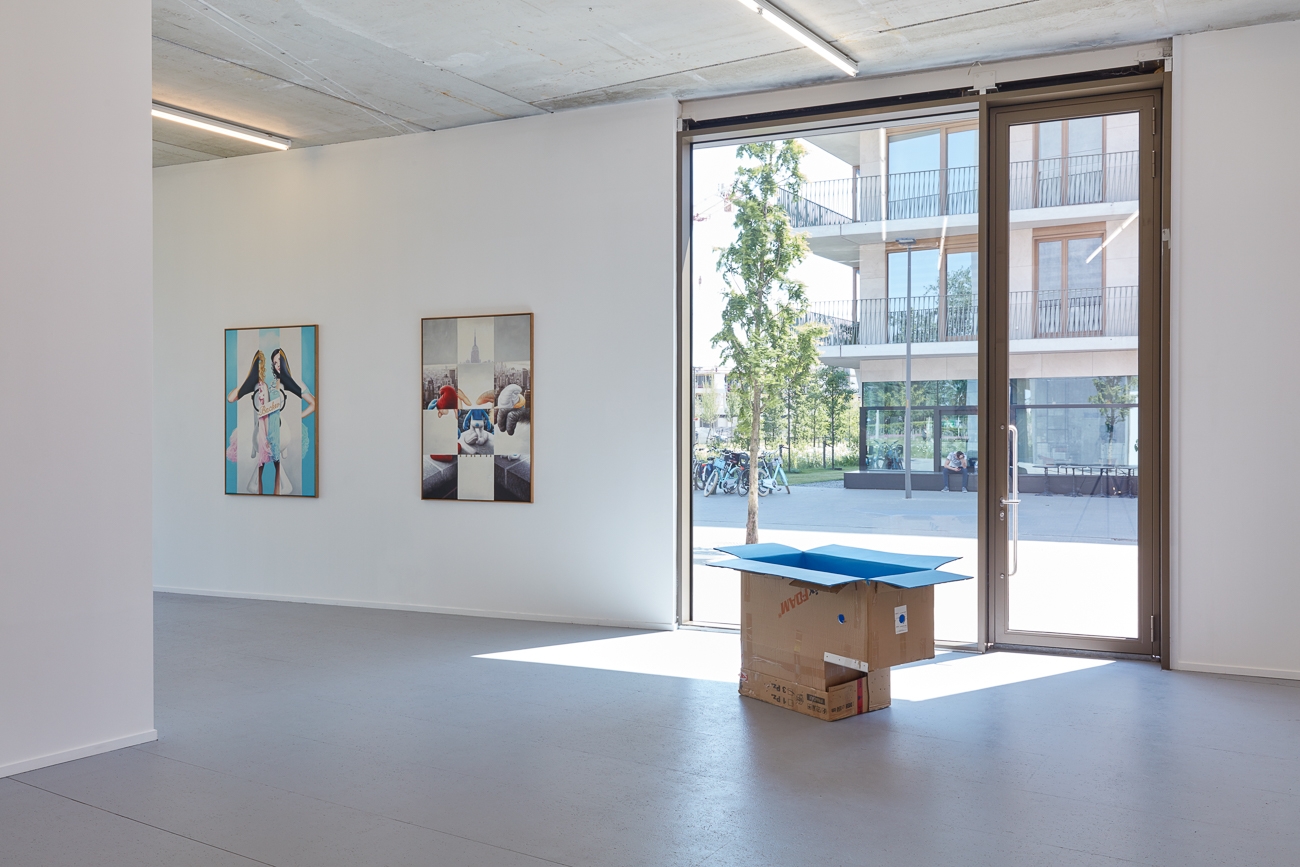 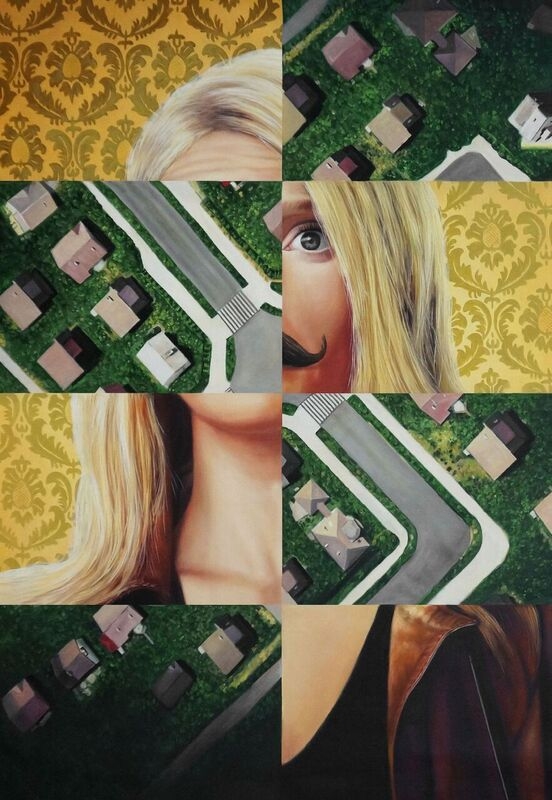 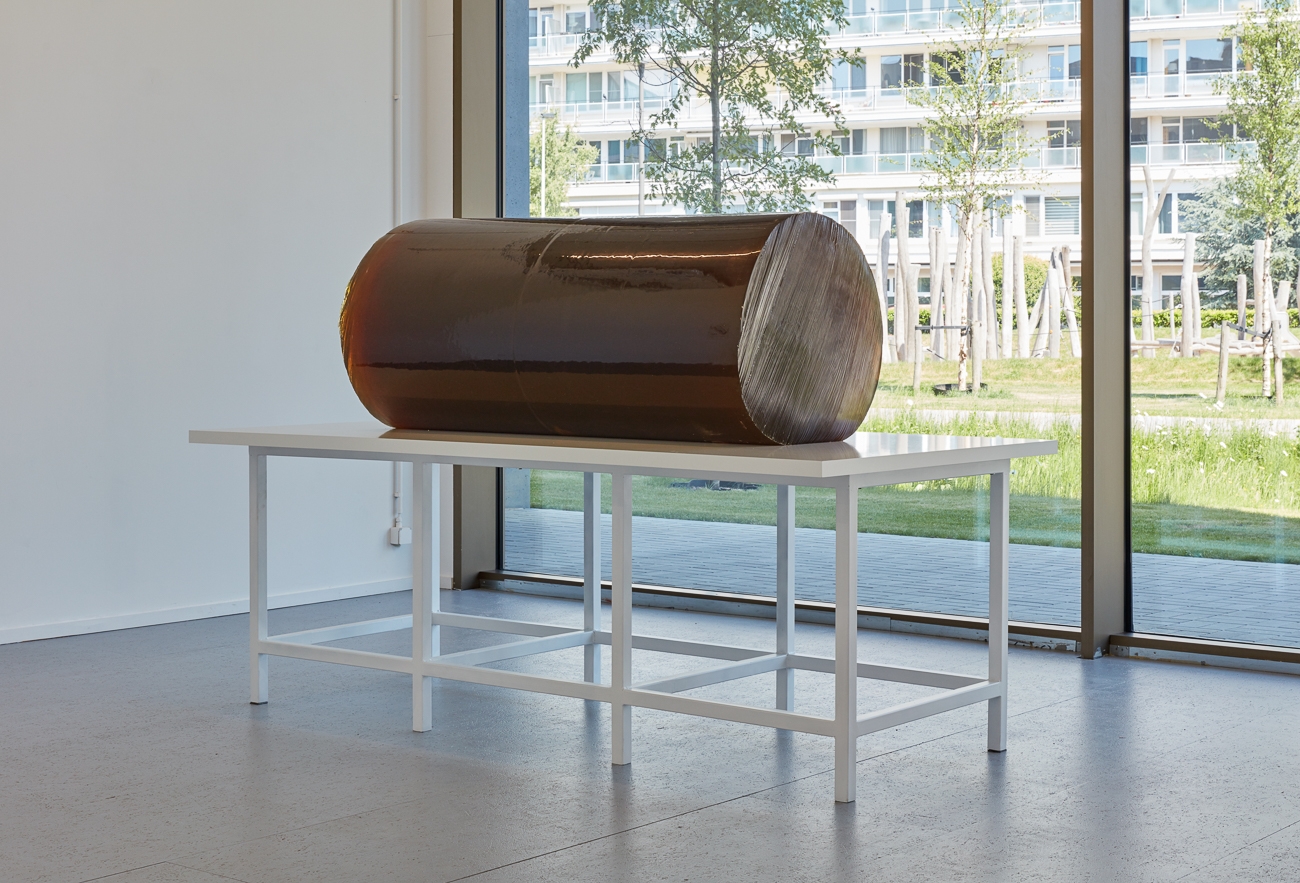 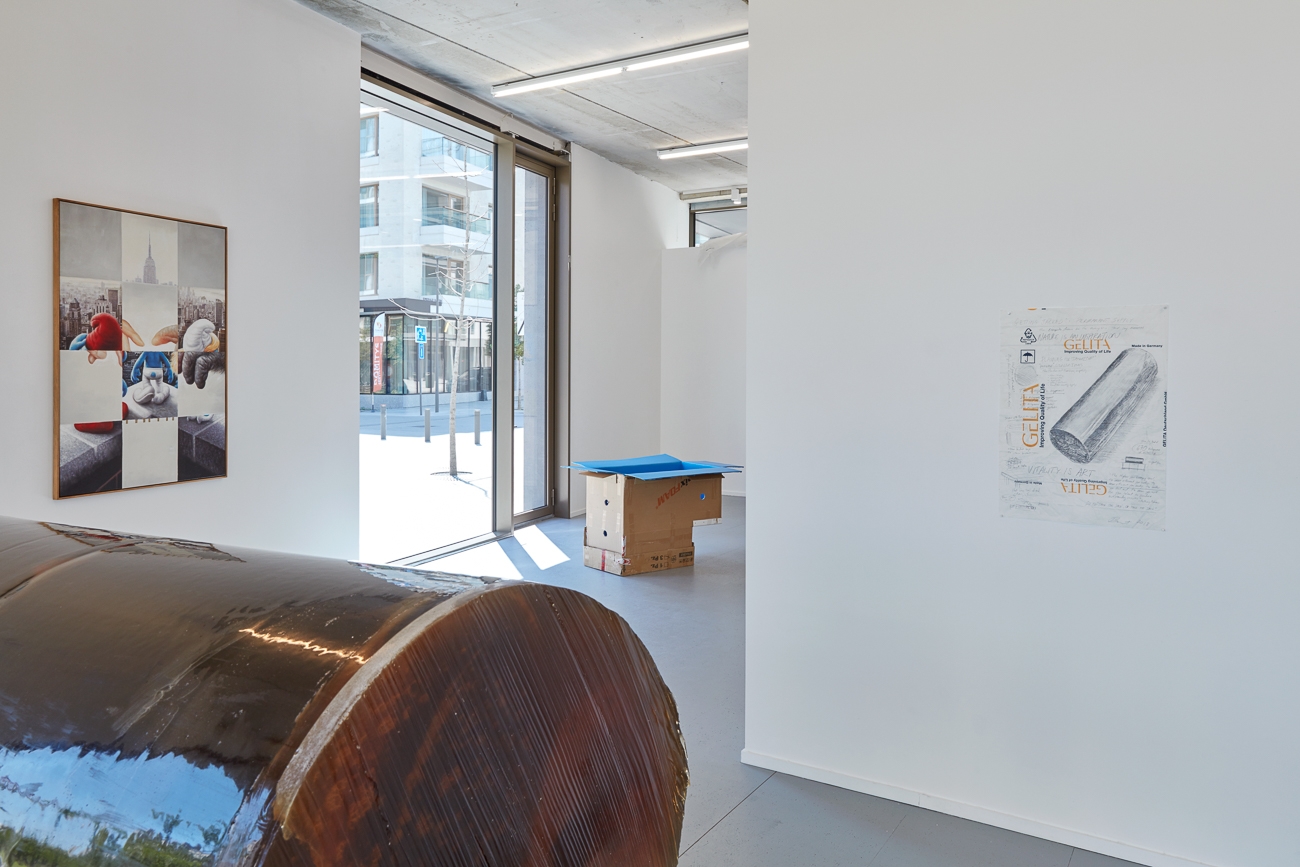 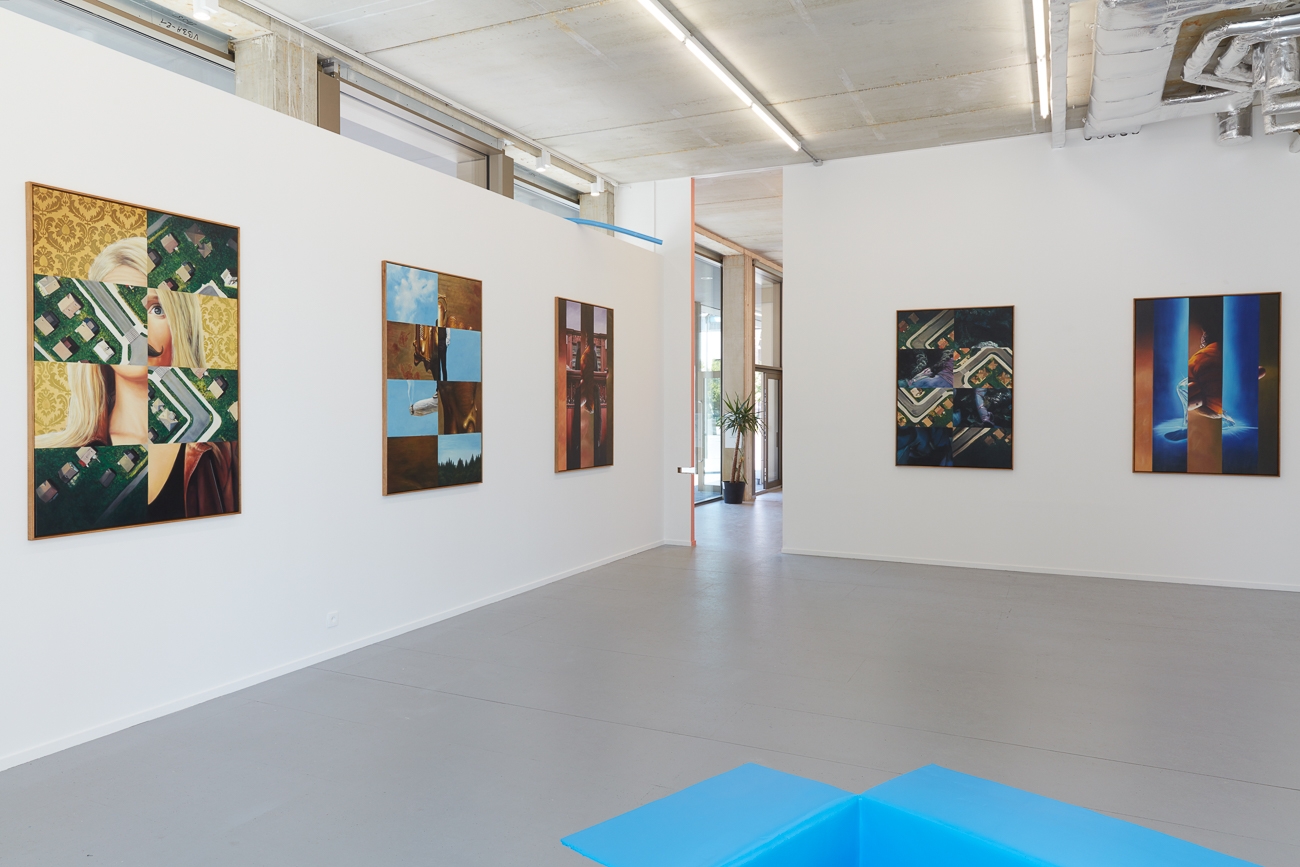 Mike Bouchet's recent series of works engages corporate stimulation as its primary material. Though the works range in form and material, what Bouchet is primarily working with is the immaterial cultural fabric that ties all of these objects together. The criticality of his perspective is tempered by the empathy and humor of his approach. His work displays a sensitivity and awareness of the myriad ways in which we are both the passive and active agents of mass culture. Rather than turn his back to it, however, he looks to its relentless tide of material and immaterial products, with all its complexities, for relevant creative and critical inspiration. The exhibition is titled after the most imposing work in the exhibition. This sculpture, titled “Energy Log”, is a large cylindrical gelatin candy sculpture: 70cm in diameter,165 cm long, and nearly 700 kilograms in weight. It is the world’s largest gummy candy, (surpassing the current world record holder by almost 200 kilograms). Referring to himself as a “misappropriation artist”, Bouchet's work can often be ambitious in scale and production, such as Watershed iin the 2009 Venice Biennale, or The Zurich Load ii in the 2016 Manifesta Biennale, but these are never grandiose or didactic gestures, nor are they ironic or condescending. “Energy Log” was cast by the artist himself in his studio, using a stabilized form of candied gelatin, and flavored with energy drink aroma and color. Bouchet personally developed this material to work with several years earlier, but this is by far, his most ambitious use of it to date. The heart of this exhibition actually lies in the paintings. For this longstanding series, the artist collages movie advertisements in a particular manner, and then re-creates them as expertly rendered, realistic oil paintings. Each painting results from a strict set of formal decisions. Often by just using the existing creases of the pre-folded posters, Bouchet cuts the posters up and combines the two source images into a single composition where both images have equal value. The effect is made all the more hypnotic by the minimalism of the formal procedure. Tanglewood (Study), for example, contrasts a reclined female figure from a dark toned fantasy film with a clear overhead image of a street in a suburban housing development that is shaped like a swastika. In a different work, SubMord (Stammering Future), this same street view is paired with a frontal portrait of Gwyneth Paltrow wearing a fake moustache with an aristocratic motif behind her. In both works, the apparent simplicity of the formal device is offset by the uncanny slippage between the different images. Whereas the welding of the two images creates an ambiguous overlap in the first painting, it gives way to a sharp visual contrast in the second. The associations with Surrealism are clear, but are inherently a product of the time they were made in. Other works such as Happy Tier(Study) or Messpen (Study) are marked by a compelling tension between abstraction and figuration: shapes turn into surfaces, and surfaces turn into landscapes. The historic serendipity of the paintings is inescapable. The precision of these works bears witness to the underlying rigor of Bouchet's longstanding engagement with the dramatic facets of today’s increasingly hegemonic corporate consumer culture. The other sculpture in the exhibition, titled Oprah Winfrey Jacuzzi” is part of the artists’ iconic series of jacuzzi sculptures that he has been producing for the last 20 years. Bouchet produces or titles each form with a specific celebrity in mind. For Bouchet, the name of the celebrity functions an invisible color for the work, in the same way that the energy-drink aroma functions as cultural coloring agent for the “Energy Log” sculpture. Like an oversized hyper-caffeinated drink, Bouchet’s work adamantly gives its audience more than what they want. More importantly though, it reveals that the tenuous relationship between some of the most dominant visual language of our times, and the intended response mechanisms in humans, can be subverted into something striking, beautiful and revelatory. This exhibition coincides with the inclusion of Bouchet's works in two other exhibitions in Antwerp. The first, Blood Red/Sanguine curated by Luc Tuymans at MHKA, and the second, Experience Traps at Middelheim Museum, where the artist will present a new outdoor sculpture titled “Energy Fog”. - Mike Bouchet