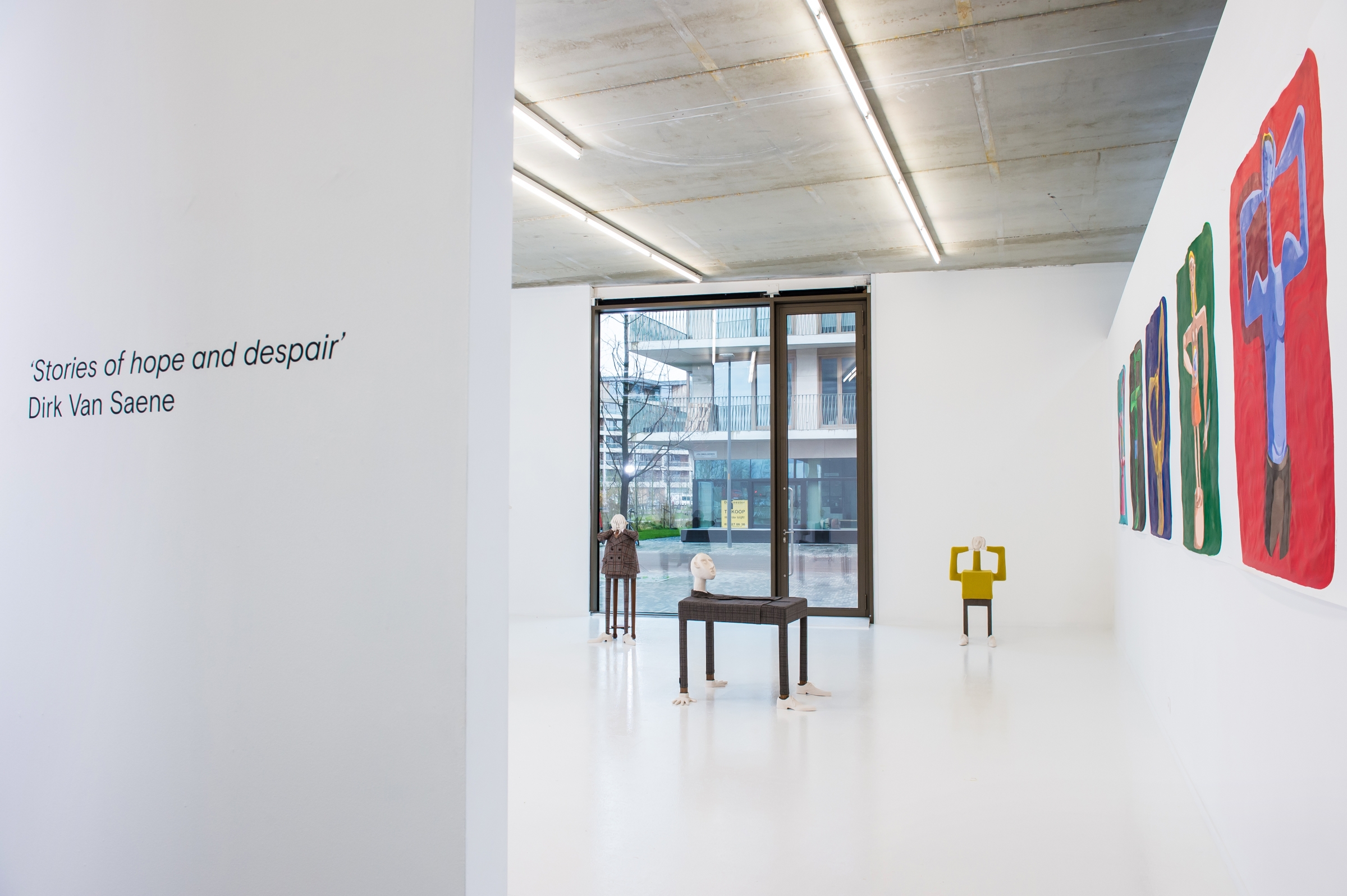 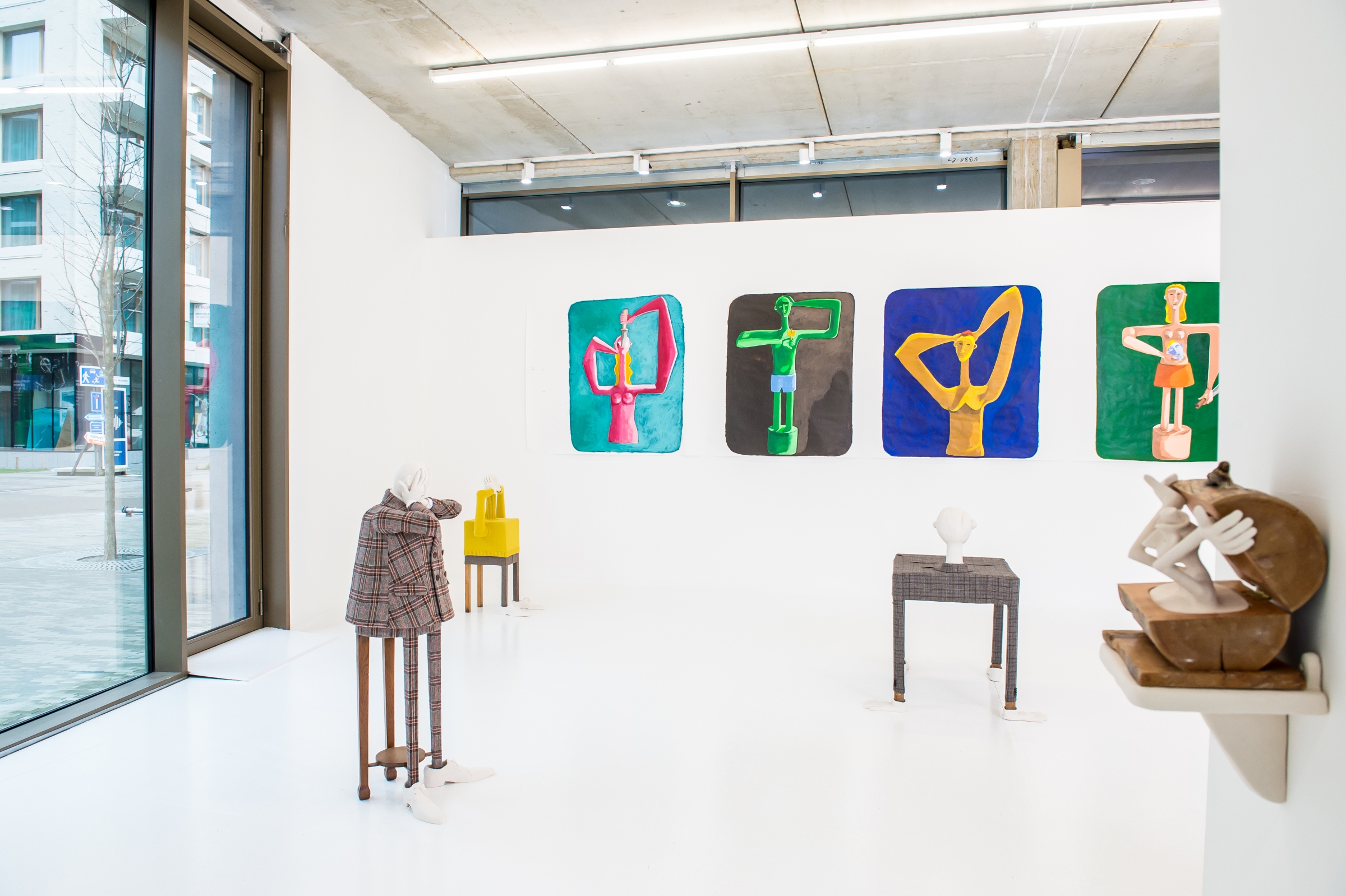 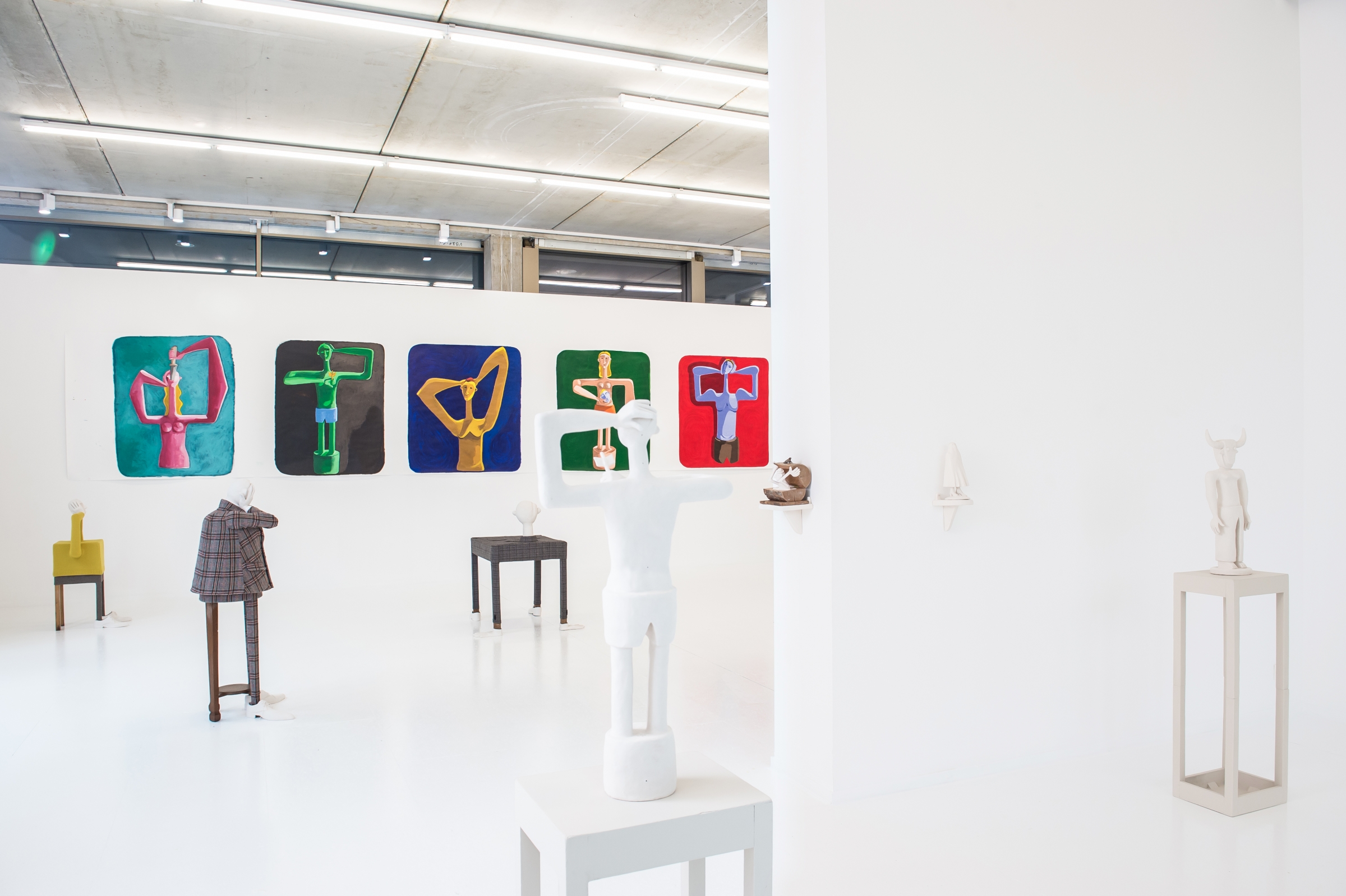 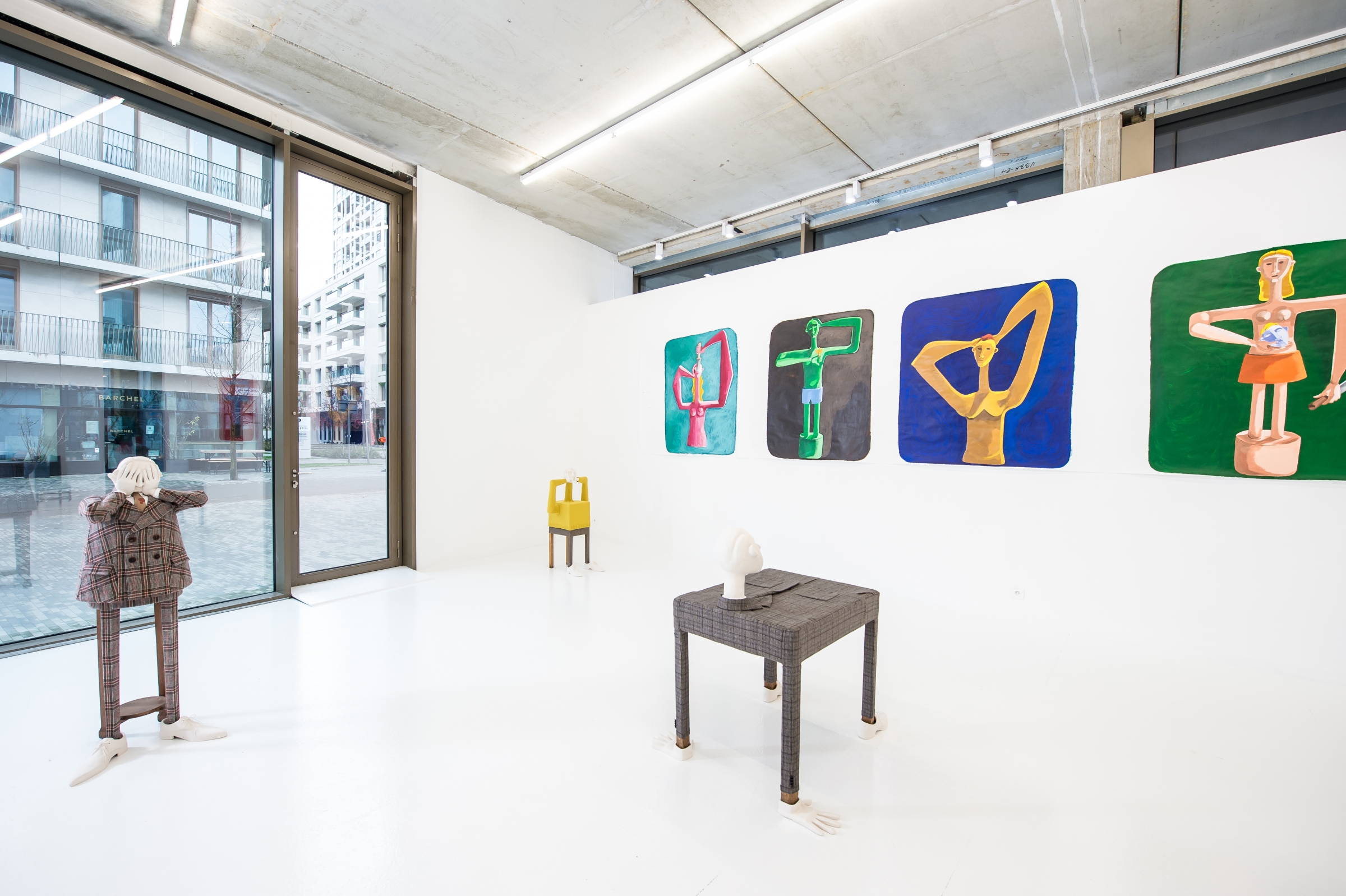 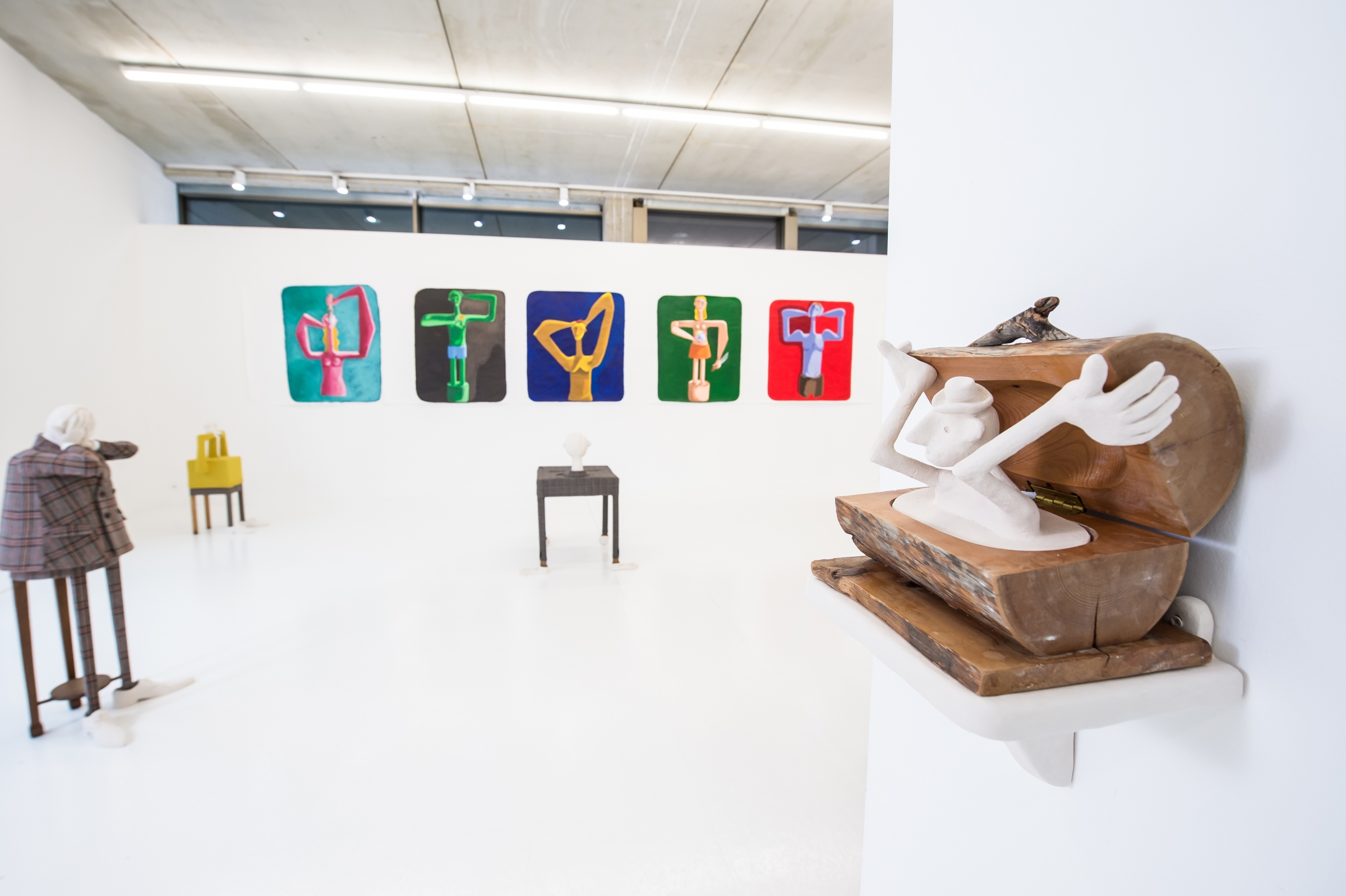 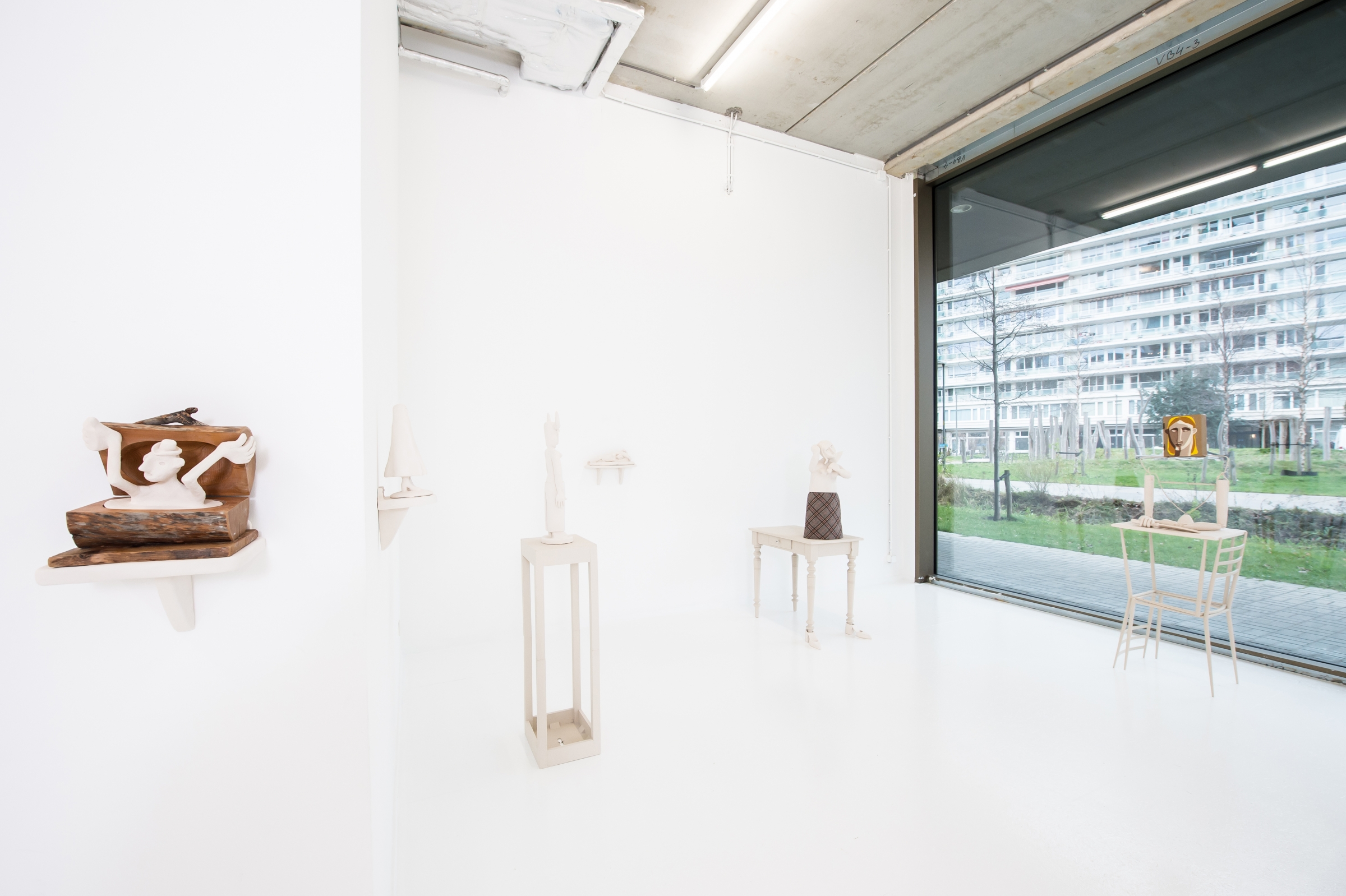 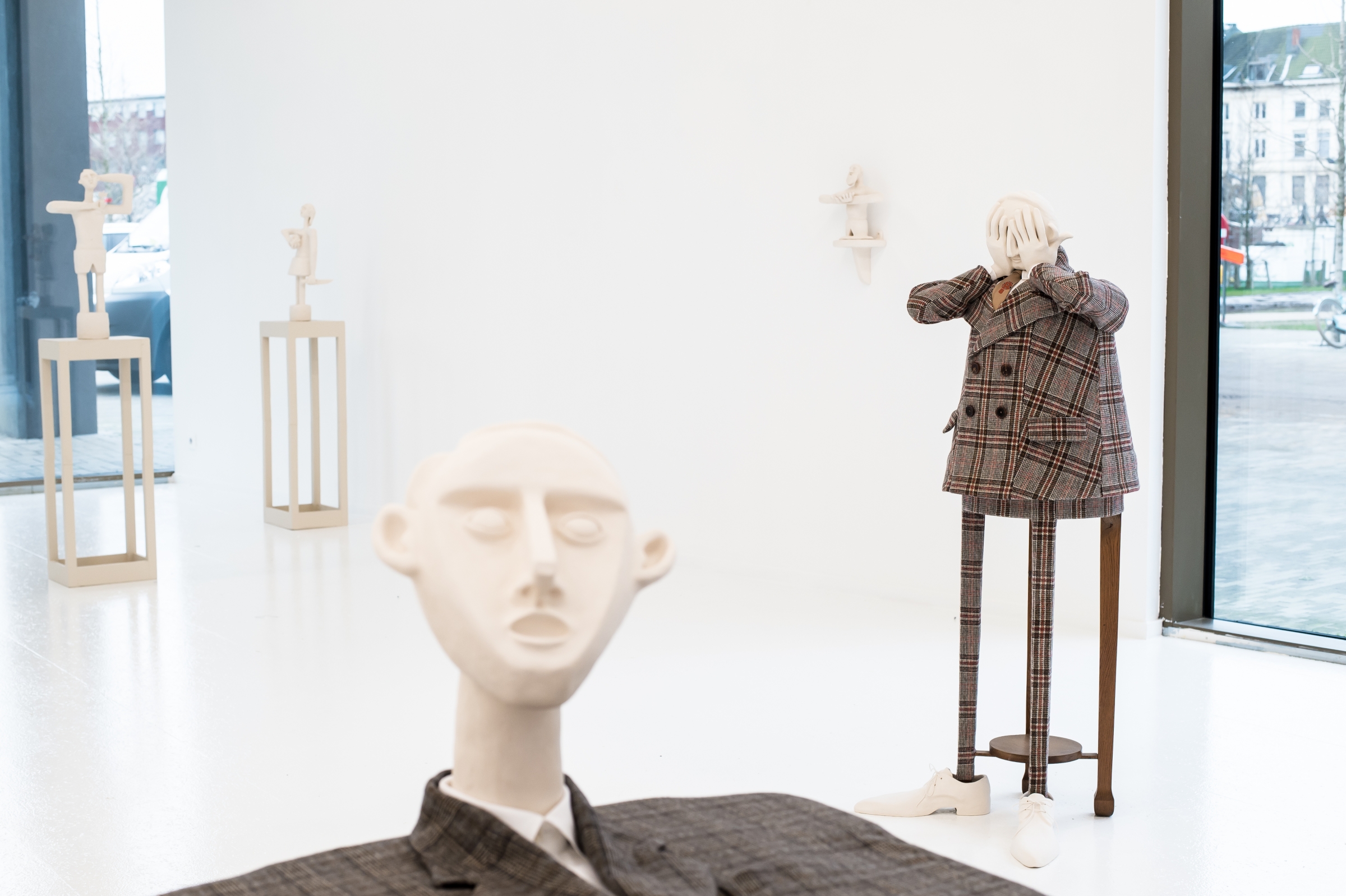 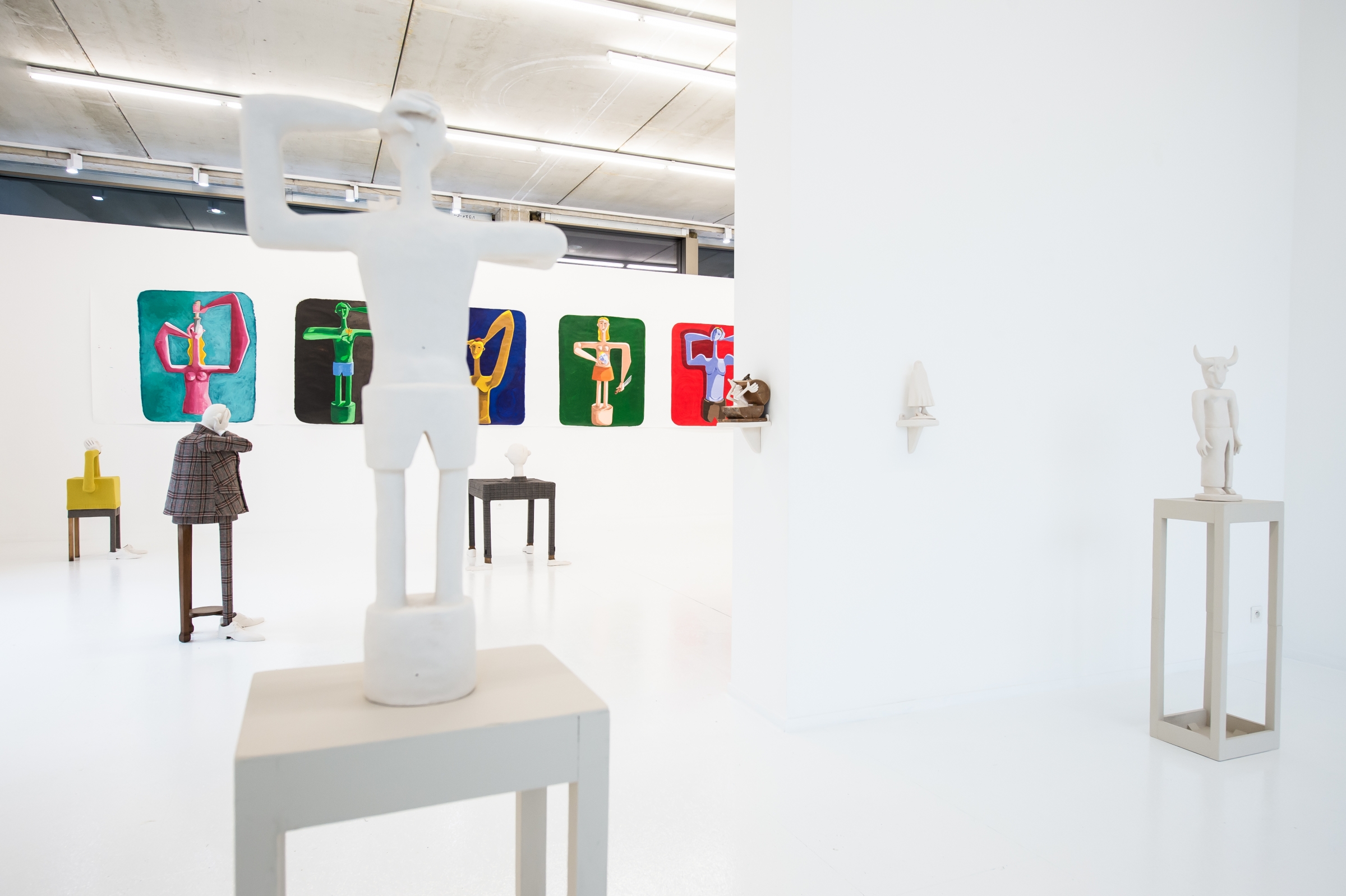 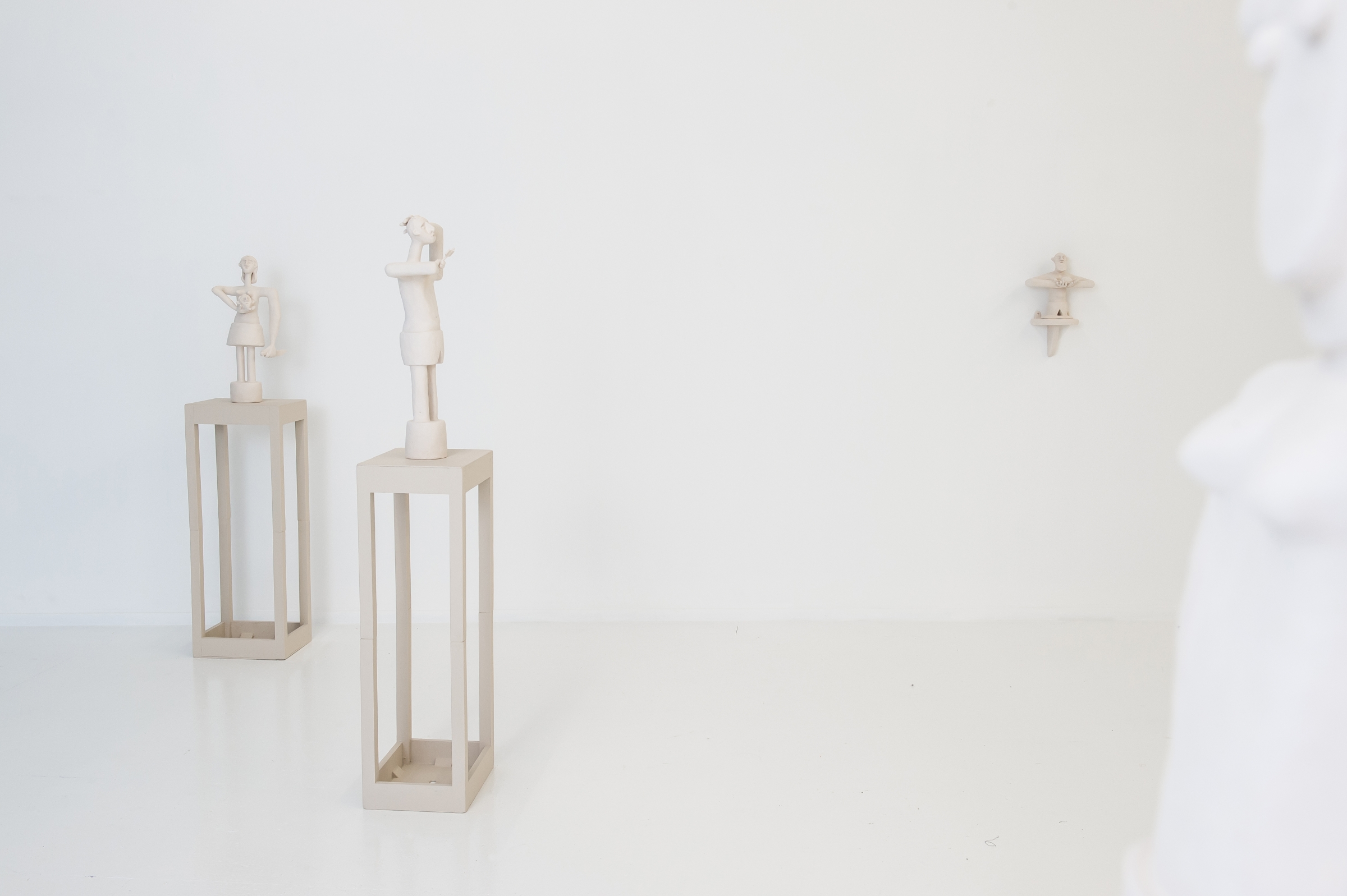 Dirk Van Saene, the Belgian fashion designer and artist, will present his solo exhibition with ceramic sculptures on 16.01.2021 in Gallery Sofie Van de Velde. The artworld has always been rather suspicious of any form that is purely visual, a form where beauty or emotion prevails. A form that is often referred to as ‘design’ or ‘decoration’. Yet, it is precisely this twilight zone that interests Van Saene. As an artist, his work has no functionality: it still shows the human body, not in a direct context but rather as the notions of a human figure. At the same time, the emotions they depict are equally as important. His sculptures are the stage-managers of their own story. Not only with regard to their material, colors and shapes, but also in the historic value that they carry and that he assigns to them. Even though Van Saene uses fabrics and textile, his artistic work has little to do with fashion. His sculptures are neither mannequins, nor statues. They are characters, dressed by him. They question the idea of presentation modules, the use of vehicles. Both mannequins in the world of fashion as well as pedestals in the artworld are architectural objects. They take up space. But in this exhibition, they merely carry themselves. Each sculpture has its own aura, but always dependent on imagination and creativity. The artworld uses different criteria than the world of fashion, something he likes playing with. As a fashion designer, one needs an arsenal of various skills, but also a team of people, while as an artist and a sculptor, Van Saene experiences total freedom. He can answer any question about medium, color or form himself, as there is a much closer and direct relationship with the medium. The material also calls for a different experience. “While I do find the relationship between ‘designer’ and ‘artist’ interesting, I don’t want to dissect my own work too much”, he says. “I wouldn’t call these sculptures pure works of art, but that is not the point either. It's not about what they are, but what they do.” Both fashion designers and artists create for an audience, and an audience is best reached through stories. Therefore, each character in the exhibition embodies an emotion. Van Saene tends to look for tragedy or dramatically charged feelings. They fascinate him, as they are amplified emotions that he wants to portray. But tragedy is also inevitably tacit and reflective. All images are introverted, without any form of interaction with each other, as if they hit a pause button. While an artist may experience more freedom, he is also bound by traditions. The work is embedded in a long history of sculptural art, solely through working with a traditional medium. Yet, other (art) histories are possible as well. Each work refers to a different individual character. Just like certain images or emotions can surprise us, capture us and linger. This is what is interesting: getting to the bottom of our emotions, eroding those extreme feelings. Van Saene draws upon mythical and historical characters that he feels connected to, but he also refers to people from his inner circle. Therefore, they also hold a biographical relevance. Through his sculptures he reveals something about himself. In this exhibition, Van Saene writes and displays his own history, as if it were a lexicon of affiliations.