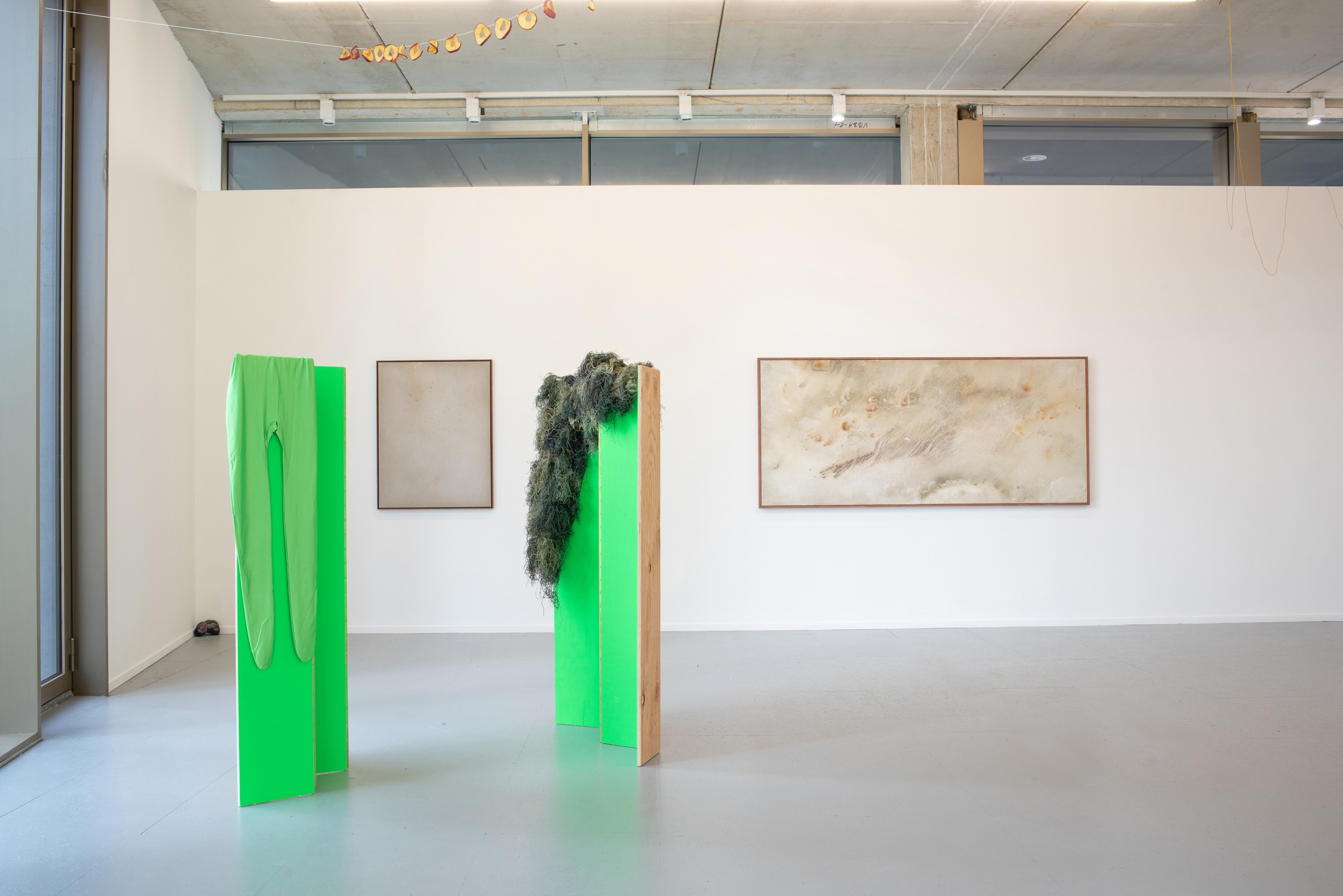 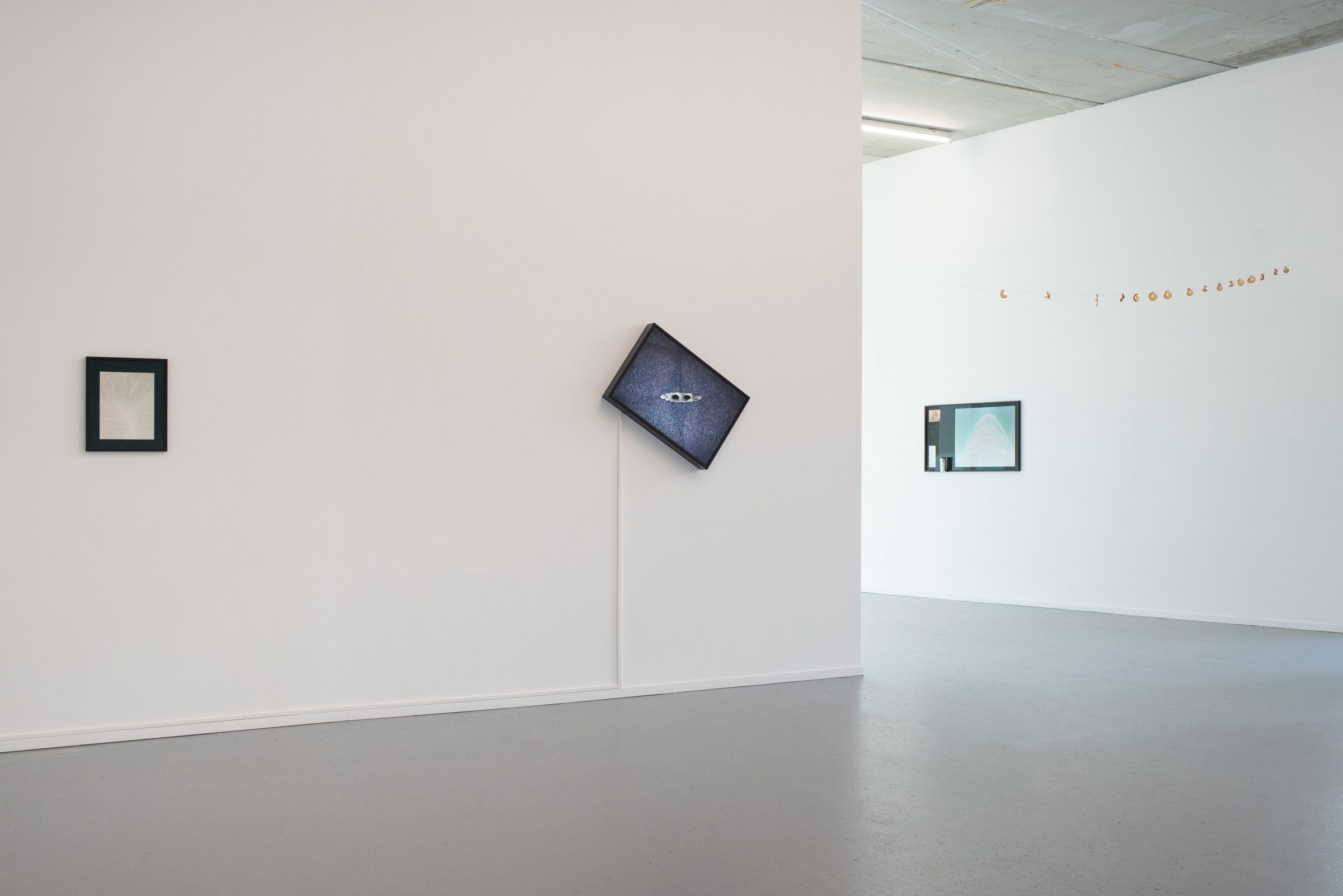 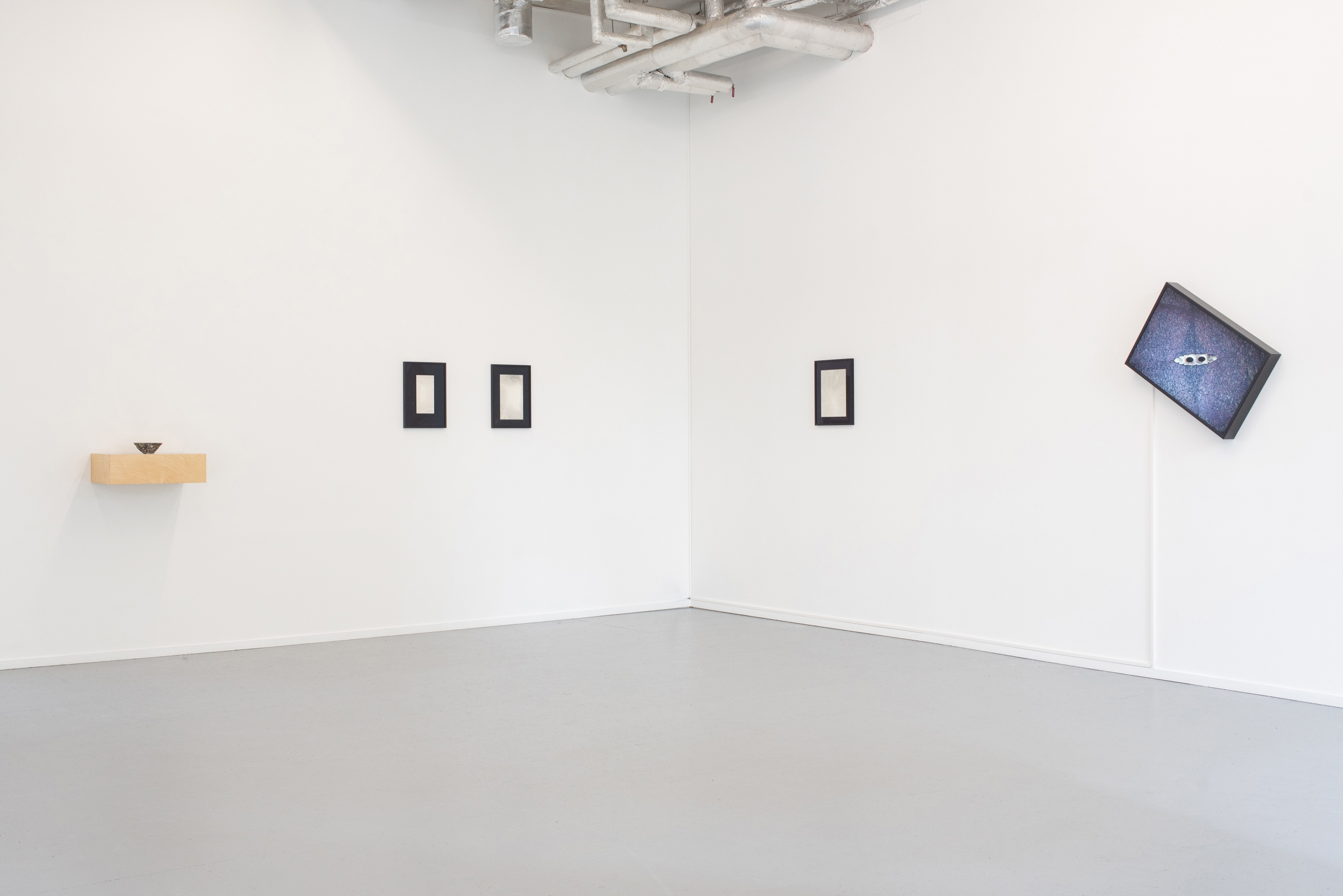 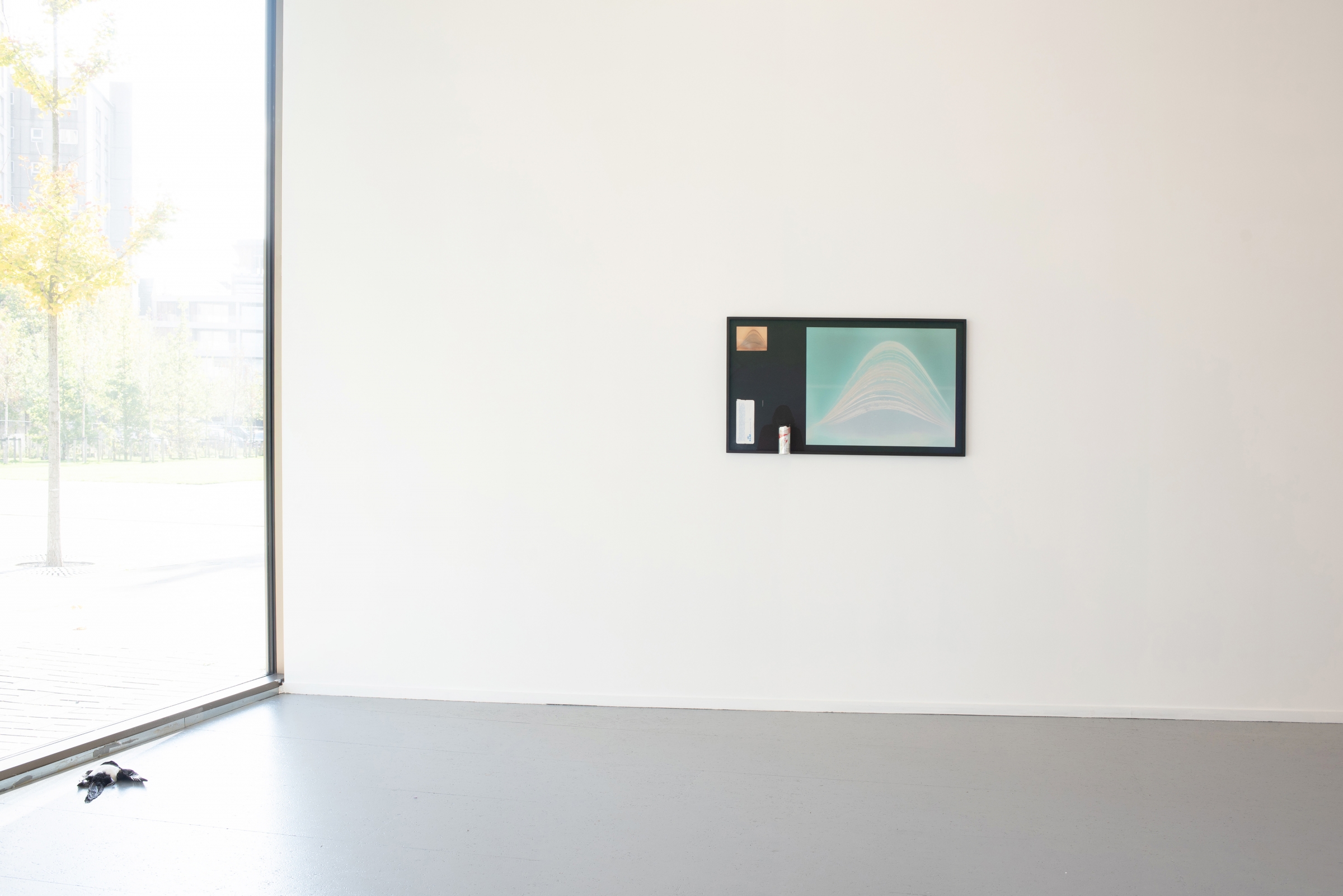 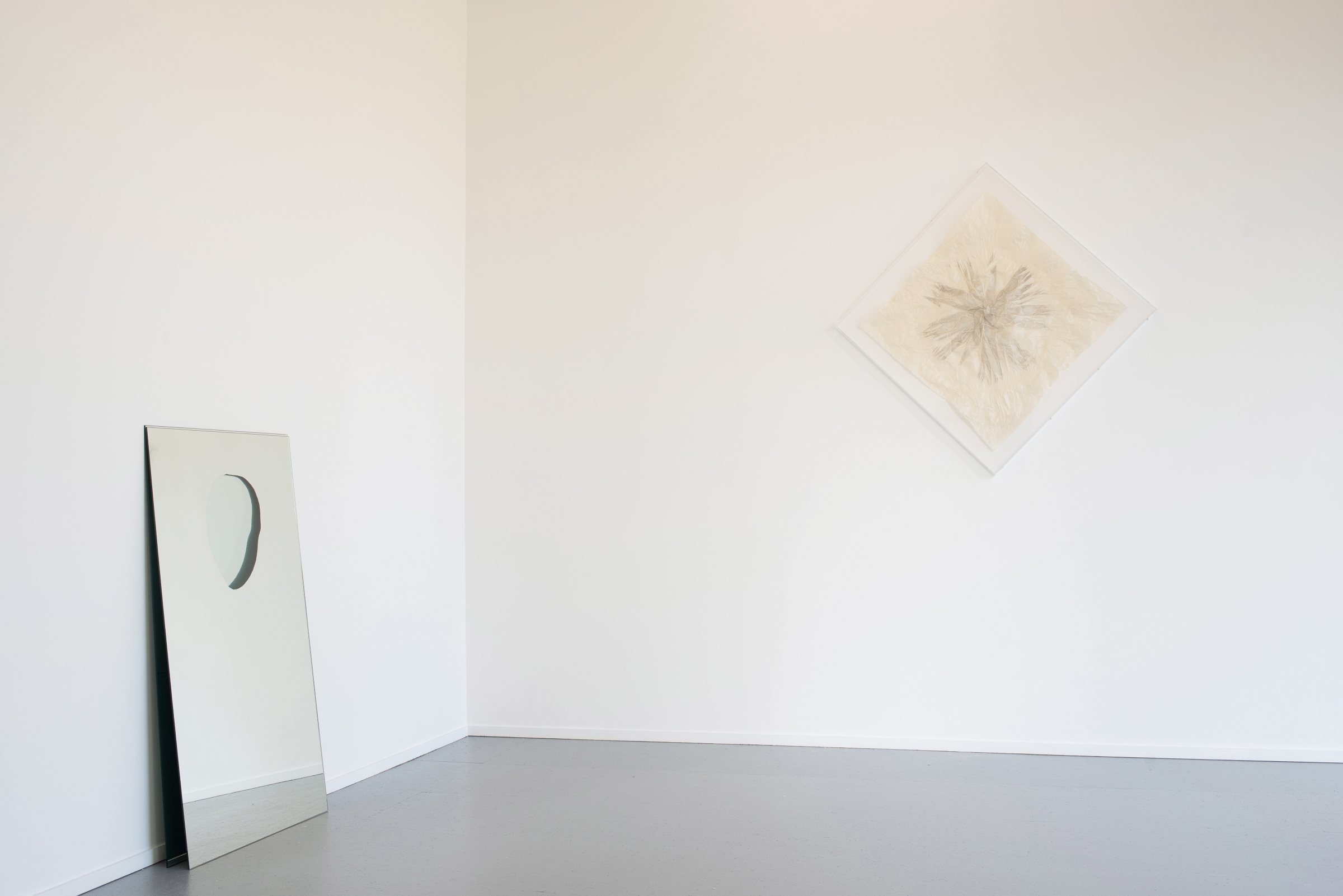 In titling his exhibition Fight I Light I Fight Navid Nuur (°1976, Teheran) offers a clear indication of the stakes. What we are about to see, are the assorted results of the artist’s relentless struggle with light. With Nuur that battle is at once personal and universal. In Arabic the artist’s surname means light, heavenly light. But light is just as much the foundation of visual art, and of painting in particular. “Without light, no painting,” the artist exclaims. Nuur’s fight is both poetic and conceptual. In Nuur’s work light is caught, deflected, fabricated, mirrored, mimicked. Two central works in the exhibition exemplify Nuur’s engagement with the necessity of light for both man and art. When the sun touches our skin, our body produces Vitamin D. When we are deprived of this essential nutrition, pharmaceutics come to our rescue. For Untitled (2010-15) and Untitled (2011-15) Nuur collected pills, effervescent tablets, powders and oils that replace Vitamin D all over the world. The resulting cocktail he used to paint on canvas. Location (Study) (2012-2015) plays with the drawing potential of light, and with the artist’s capacity to grasp the latter. Somewhere on earth – Nuur only shows us the back of a boarding pass – the artist recorded over a period of 6 months the course of the sun by means of an energy drink can stuffed with photographic paper. Both the can and the pin that turned it into a camera are displayed neatly next to each other. The work is completed by the original print and an enlarged scan. Both images show the curving parcours of the sun in the atmosphere, as much as the many cuts in the lines caused by clouded skies. Upon entering the exhibition space some tubular light bulbs are missing on the ceiling. Nuur removed and rearranged them in the gallery’s vitrine on the street, tapping the electricity from the original sockets with bright yellow wires. Electrical light is here averted, redrawn. In the corner one can discern a small, unassuming chunk of baked plasticine. Whereas the exterior is pitch black, the interior displays a rich palette of colors. It’s as if Somewhere at Night (2009) has been kicked into the corner. According to the artist, it could be “a pummeled portion of night.” The light box on the opposing wall contains a picture of the Roman Parthenon, a building notable for the unique way light enters through the cupola. Nuur didn’t look upwards though, but downwards to the drain in the marble floor. Light doesn’t tumble through this Venetian mask-like looking lid: it disappears into the dark. Sometimes the work of Nuur comes near to alchemy. With unremitting curiosity and unbridled formal imagination he exposes materials and objects to idiosyncratic procedures and transformations. With ultra-thin graphite crayon dust he creates mesmerizing marble- drawings on paper (When Meaning gets Marbled, 2015 – 2018). Apple slices are made to dry on a washing line that runs from inside onto a tree on the street, as if the drying process will be fed by the artworks present in the gallery (Untitled (Soon te be reversed), 2019). With ecoline, filter paper and bath water, he allows paper to climp upwards on a sheet of paper (2015/2019). In Nightbowl, (The formation of earth -2018) the artist attempts to unite heaven and earth. Whereas the upper part of this stoneware bowl consists of remnants of meteorites, the lower part is composed of earthly materials. All colors and irregularities are the uncontrolled effects of the backing process. ForUntitled (2015) Nuur first rubbed the circumference of a soccer ball with graphite and then wrapped it in a sheet of rare Japanese paper. Not unlike the bad fit between any map of the world and the globe it depicts, the resulting drawing reveals the ineluctable bridge between representation and reality. Finally the artist invites visitors to the exhibition to pick up a poster and take it home. A manual at the bottom of the page instructs them to fold the paper and then set fire to some of the corners. “Does anyone have a light?” Wouter Davidts, 16 October 2019.